How States and Systems Can Work Toward Making Transferring Smoother 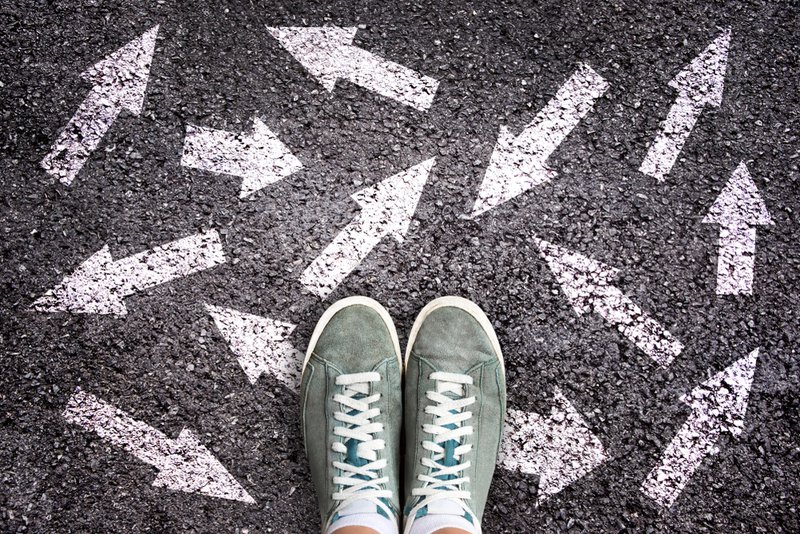 This blog is part of a series about student transfer in higher education and the impact of the COVID-19 pandemic on transfer students. You can read more here.

More than a third of college students transfer institutions at some point while enrolled in higher education. Some transfer from a community college to a four-year institution, others transfer between four-year colleges, and some even transfer from a four-year to a two-year. Transferring colleges is a complicated process, and students often lose credits when they do, wasting time and money. For example, a report from the Government Accountability Office (GAO) found that transfer students lost an average of 43 percent of their credits. That amounts to an average of 13 credits lost, the equivalent of a semester’s worth of courses. Transfer outcomes were better for students attending public colleges, but students transferring from a public two-year college to a public four-year university still lost an average of 26 percent of their earned credits. But even when credits do transfer, it doesn’t mean that students’ progress towards their degree won’t be stymied. Often, colleges and universities will accept credits as electives, but won’t count them towards general education or major requirements.

Students who transfer deserve a good shot at success and colleges should do all they can to make it a smooth process. Public colleges, especially those in a statewide system, are in a unique position to leverage their power to improve their transfer policies effectively through coordination and their impact can be significant due to their scale. Both the schools and states also have an obligation to use their system to make transferring as seamless as possible for students. The coronavirus pandemic has upended higher education, forcing institutions to close dorms and move instruction online. The pandemic may have caused some to pause their plans to transfer and caused others to alter their higher education plans with the hope of transferring later. While it is still unknown how the pandemic will affect students’ decisions around transferring, the process needs to be improved.

There are a number of different policies that have been enacted over the years to improve transfer. Of course, problems still persist—even where those policies exist—but these efforts can make a difference. Here, we have outlined some strategies for states and systems to improve the process going forward. These ideas are the bare minimum for states and systems, but it is a starting place for better serving students. To truly achieve a better, more equitable transfer experience for students, institutions must take up the torch and enact change.

A community college is part of the path to a four-year degree for many students—according to research from the National Student Clearinghouse Research Center, about 80 percent of incoming community college students say they want to go on to earn a bachelor’s degree or higher. Transferring from a two-year to a four-year college shouldn’t be a difficult process. One strategy that at least 38 states have adopted is to require their public postsecondary institutions to accept a core of lower-division general education course credits from other public institutions in the state. Thirty-five states require that public universities accept all credits from a student that transfers with an associate degree from a public college in their state. A majority of those states also require that those students be deemed as having fulfilled the destination institution’s general education requirements and grant them upper-class standing. Unfortunately, in both situations, some states allow schools to require those students to complete additional general education requirements beyond what the community college required, causing students to take more courses that won’t count towards their major.

Recommendation: States and postsecondary systems should enact policies that guarantee students will receive the credit for any of the courses taken for their general education core or their associates degree if they have completed one. Public colleges and universities should additionally consider students who transfer with an associate degree from community college in the same state as having fulfilled the destination school’s general education requirements.

While helpful, guaranteeing that lower-division credits or all associate degrees transfer still isn’t enough in many cases. How those credits count makes a significant impact on a student’s path towards a degree. Some students’ credits might transfer, but they still find that the credits don’t count towards major requirements or even the gateway courses required for admission to a major — costing them time and money to retake courses or for additional ones. As the GAO explained in their report, “a biology course may count as a general science elective but not count toward the science requirement for a degree in biology.” When students transfer from one institution to another, registrars’ offices are tasked with identifying what incoming credits translate to at the institution. Because colleges and universities often use different course names, numbers, and descriptions, it can become difficult to understand what the equivalent course is at the receiving institution.

While other states may not have adopted common-course numbering, 15 have essentially done so by creating course equivalency databases, mapping, or crosswalks so that colleges and students know the equivalent courses at colleges within each state. Another nine states have either common-course numbering or an equivalency database, but only for either their two- or four-year college systems. Though they lack statewide policies, some states or schools have worked to integrate systems with individual schools. For example, the Kentucky Community and Technical College System adopted common course numbering, but also created degree pathway agreements at certain public universities outlining what courses will satisfy requirements for certain popular degrees. And the state created a website called “KnowHow2Transfer” to help show some of the degree pathways at public colleges.

An example of this in play at a larger scale is the Interstate Passport program managed by the Western Interstate Commission for Higher Education (WICHE). The Passport program could be described as a mega-articulation agreement between dozens of institutions that helps students transfer between member institutions within and across state lines. The program boasts participation from 59 institutions across 17 states. Unlike other articulation agreements, which tend to be course- or credit-centric, this program facilitates the block transfer of all lower-division general education based on student learning outcomes. Students earn a Passport if they score a C or better in a class, and the Passport matches 63 learning outcomes that match general education requirements. While institutions identify what courses match the Passport, it does not guarantee admittance into schools, programs, or degrees.

Still, colleges will often have differing course offerings and requirements for majors. Guaranteed credit transfer and common-course numbering won’t fully prevent students from “losing” credits taken for their major as electives. Systems — and states when possible — should also work to align the requirements of majors, particularly the most popular ones. And when alignment isn’t possible, they should work to ensure students’ receive as much credit as possible towards their major. (On an institutional level, registrars’ offices and academic departments should also give students the benefit of the doubt when making the determination of whether a course counts towards a major requirement.)

One study of transfer students found that more than 94 percent of community college students who transferred to a four-year institution hadn’t earned an associate degree or certificate before transfer. It’s understandable because their end goal is often a four-year degree. But life happens, and sometimes students have to pause their education before they complete their degree. Unfortunately, the labor market doesn’t usually reward those with “some college, but no degree,” who earn less, on average, than associate or bachelor’s degree holders. This is an especially likely scenario for a number of students who may have been forced to leave college in the midst of the coronavirus pandemic, for financial or health reasons for themselves or their families.

But many who transferred before completing their associate degree or other credential may have done so if the credits they earned at both institutions were combined. Luckily, there is a policy that can help those students in this situation, known as “reverse transfer.” Through reverse transfer, state and system policymakers can create a path for students to receive the deserved recognition for the learning and work they’ve already done. Reverse transfer works by sharing data on the courses completed at a four-year institution with the two-year college a student previously attended. Once the student’s new credits fulfill the requirements for an associate degree, the former institution awards the student with the degree. Already, 15 states have a statewide reverse transfer policy requiring or incentivizing their public institutions to share this data. This benefits those students who are still enrolled, as research has shown that reverse transfer policies improve retention and graduation rates. If students have to stop out for any reason, they are more competitive in the labor force with an associate degree than just an accumulation of credits. And providing transfer students with this milestone will recognize the work they have completed.

Recommendation: States and higher education systems should implement reverse transfer policies so that their institutions share the data necessary for community colleges in their state to award degrees when their former students have earned them with credit from the four-year college they have transferred to. Their policies should be to award degrees automatically and remove barriers that are not academic to make this process smoother for students. They should also consider partnering with the National Student Clearinghouse, which can help facilitate reverse transfer, including across state lines. The health and economic crisis caused by the pandemic has made students more vulnerable, and enacting reverse transfer will help those whose education plans have been derailed, even if just temporarily.