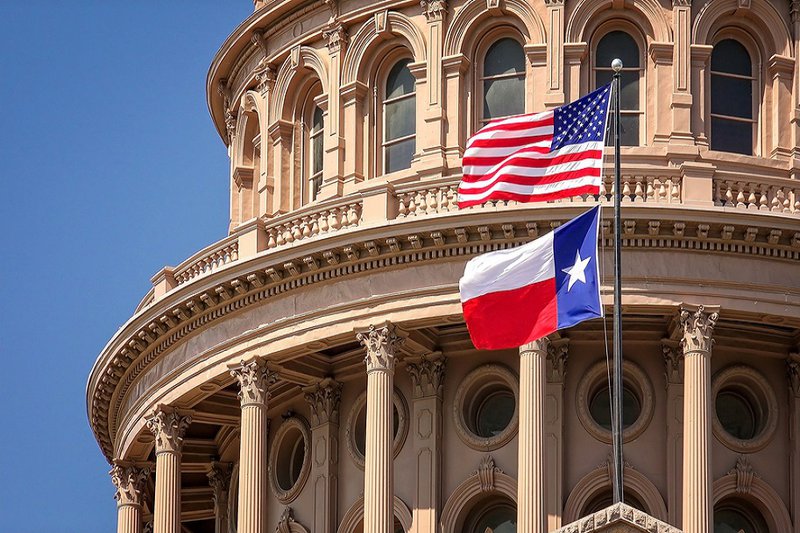 The state of Texas has operated a public pre-K program for more than 20 years. Three and four-year-olds are eligible for public pre-K if they qualify for free or reduced lunch, or if students are homeless or in foster care, among other factors. In the 2014-2015 school year, about 48 percent of Texas four-year-olds enrolled in public school pre-K.

According to the National Institute for Early Education Research (NIEER), while Texas ranks well in pre-K access for three-year-olds and four-year-olds, it is 30th in state-spending on pre-K resources. And, of NIEER’s ten quality benchmarks for pre-K, including teacher degree, staff-child ratios, and support services, Texas’s pre-K program meets only two. This doesn’t necessarily mean that individual Texas pre-K programs do not meet the NIEER benchmarks, but instead that Texas allows local programs significant discretion on how to structure the program.

To learn about the longitudinal effects of high-quality public pre-K and K-3rd grade for low-income children in Texas, Children at Risk, a nonpartisan research organization and advocacy nonprofit, tracked about 47,000 students who attended public pre-K from the 2010-2011 school year until the 2014-2015 school year, when the students completed third grade. The 47,000 students in the study attended public schools in Austin, Dallas, Fort Worth, Houston and San Antonio as well as in 12 additional school districts near these metropolitan areas.

Children at Risk defined high-quality pre-K as full-day public pre-K offered at the district level with “an average Kindergarten class size of 20 at the campus level” as well as district pre-K spending at or above the 2011-2012 state average. Students classified as having a high-quality kindergarten through third grade education were those who took the STAAR reading exam at a school with a 2016 Children at Risk A or B rating. Indicators included in this rating are campus student growth and academic achievement on STAAR tests in reading and math, beginning in third grade. These ratings do not include measures of the quality of teacher instruction or include child outcome measures for kindergarten through second grade, limiting what can really be said about the quality of children’s experiences in those grades.

To try to determine how children’s participation in pre-K related to their performance in third grade, Children at Risk looked at reading scores on the third grade STAAR exam, a standardized test given to students of Texas schools receiving public funds. One of the biggest findings from Children at Risk’s report was that the likelihood of reading at a college-ready pace -- what the STAAR tests are designed to measure -- was 40 percent higher for students who attended full-day public pre-K compared to students who did not attend full-day pre-K, after looking at data from more than 19,000 economically disadvantaged students. Texas funds half-day public pre-K only, although some local schools fund a longer day.

The report also found that investing more money in quality pre-K leads to better outcomes: school districts that spent above the state average per child ($3,327 for 2014-2015) had the strongest relationship between pre-K enrollment and third grade STAAR scores.

However, getting funding has proven difficult in recent years. In 2011, $303 million was cut from the state’s pre-K budget. While $118 million was restored through House Bill 4 (HB4) in 2015, and schools were offered up to $1,500 per child, the larger-than-expected number of schools that applied for the funding reduced the per child amount to only an additional $367 per student. Because the extra funding came with additional requirements for schools, including implementing a pre-K curriculum with guidelines determined by the Texas Education Agency (TEA), reporting pre-K data to TEA, and maintaining a teacher ratio of 11:1, many schools ultimately opted out after applying for the funds allocated through HB4.

Finally, according to student demographic information as well as STAAR scores compiled by Children at Risk, the advocacy group found that economically disadvantaged students who attended quality full-day pre-K and quality kindergarten through third grade scored higher on 2015 third grade STAAR reading scores (1431 on average) than students who attended quality half-day pre-K and quality kindergarten through third grade (1404 on average) and even higher than those who did not attend pre-K at all (1353 on average). The report notes that these findings highlight “the critical importance of a quality educational experience from pre-K through 3rd grade.”

In addition to their quantitative findings, Children at Risk spoke with principals of five high poverty, high performing schools in Texas about their findings.The most common themes expressed by the principals were that students who attended pre-K are often more independent and comfortable away from their parents, and often have a better understanding of what is expected of them and their teachers while in school. This is consistent with comments from some principals who participated in New America’s own focus groups. One principal mentioned that children who enter his school for pre-K and stay for kindergarten “are far better prepared than kids that go to some of the best daycares in our community.”

Given their findings, Children at Risk made policy proposals in the report to provide all low-income children high-quality pre-K. These proposals include creating sustainable funding for quality pre-K through formula funding, limiting classroom sizes to 11 students per teacher, and creating an early childhood through third grade teaching certificate.