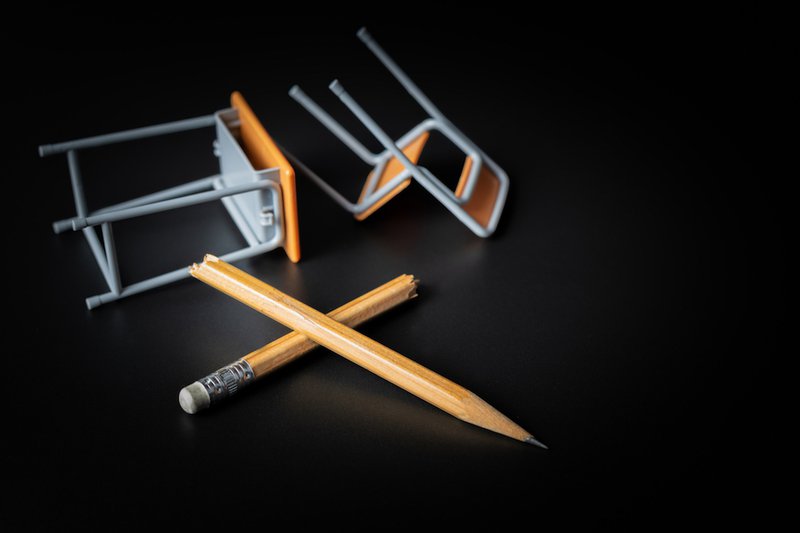 One of the latest trends on social media captures life before and after the pandemic in early elementary classrooms. Most of the videos start the same. Classrooms filled with children, dancing, drawing, and playing together. The videos then dramatically cut to early elementary classrooms now. Papers and colored pencils are strewn across the floor. Desks are knocked over. Children are distanced and often play independently rather than together. Although the endings differ, the message is clear: children are showcasing more behaviors that teachers find challenging than ever before.

The current youth mental health crisis, with soaring rates of anxiety, depression, and trauma, demands urgent attention. Adverse childhood experiences (or ACEs) expose children to trauma or harm and cause significant distress. Trauma can include child maltreatment, violence, parent dysfunction (depression, substance abuse, etc.), or family instability (parent-child separation, parent loss, etc.). National estimates suggest that 48 percent of American children have experienced at least one ACE, with 23 percent experiencing two or more ACEs. Tragically, more than 175,000 children have recently experienced an ACE: they have lost a parent, grandparent, or caretaker due to the pandemic.

ACEs are strong predictors of pre-K expulsion and suspension and often lead to negative impacts on children's social functioning in early elementary school. These negative experiences at an early age are often associated with diminishing school engagement, frequent absenteeism, and underachievement in later grades. ACEs are often cumulative⁠—the more adverse experiences a child is exposed to, the greater their risk for school adjustment difficulties. While we know a lot about ACEs, it is still unclear exactly how ACEs influence school engagement and if preventive interventions can alleviate the impact of ACEs over time.

A recent longitudinal study aimed to fill this research gap by analyzing the long-term implications of ACEs on students. Researchers recruited 556 children from 44 Head Start classrooms in Pennsylvania and followed them from pre-K through fifth grade. Children were randomly assigned to receive either classroom and family interventions or instruction as normal. Children were assessed annually from pre-K through third grade and then again in fifth grade through a combination of parent, teacher, and student reports to collect data. Student-teacher relationships and behavior problems were measured by teacher ratings collected from the end of each school year from kindergarten through third grade. School engagement ratings were collected at the end of fifth grade by self-reported surveys completed by students.

Researchers found that a higher number of ACEs early in students’ lives impacted their ability to form warm relationships with teachers when they entered kindergarten. They also experienced lower-quality relationships with future educators and increased internalized behaviors, such as social withdrawal and feelings of sadness and irritability through third grade, as well as reduced levels of school engagement in fifth grade.

The study’s authors noted that children with heightened instances of ACEs may find it harder to form trusting, supportive relationships with teachers because of uncertainty and insecurity about how they will be treated in the future. Now more than ever, it is critical for educators to provide a warm and accepting classroom environment for students. Positive student-teacher relationships in pre-K and kindergarten promote feelings of security and belongingness and decrease feelings of anxiety and isolation. These nurturing relationships also help students feel more comfortable participating in the classroom, making transitions easier from kindergarten into the following grades. Strategies such as Banking Time allow teachers to create warm, supportive relationships with students during one-on-one meetings that are not contingent on positive behavior.

Professional development focusing on trauma-informed teaching practices is another strategy that many districts are adopting to deal with heightened rates of student trauma. This type of training helps educators understand the impact that ACEs have on students' ability to cope with feelings of anger and frustration in the classroom. For example, the Oakland Starting Smart and Strong Program works in partnership with community-based organizations and school districts to train educators on the emotional development of children with ACEs. Their Resilient Oakland Communities and Kids (ROCK) program teaches educators how to create healing environments for students, while also assessing educator and student trauma through a trigger assessment tool. Practices, such as reframing challenges and mindfulness activities, encourage proactive support to children who have suffered trauma, rather than resorting to expulsion and suspension as solutions for aggressive and destructive behaviors in the classroom.

An influx of funds from the American Rescue Plan (ARP) has allowed some states to prioritize social-emotional learning and student well-being in classrooms. Washington state has used its ARP funds to develop strong state-level guidance to advance social-emotional regulation skills for all children at an early age. Strong evidence-based social-emotional learning curricula such as Promoting Alternative THinking Strategies (PATHS) have shown promise in helping young children gain emotional understanding and social problem-solving skills. This program focuses on risk factors not only for the individual child but for the family, school, and community as well to build a more collaborative safety net for students.

Classrooms are much more than academic spaces. Rather, they are spaces in which many young children learn to trust, share, laugh, and socialize. Although the trauma that children have experienced cannot simply be erased, there are great opportunities for students to thrive and heal in school. Amidst the broken crayons, balled fists, and frustrations, with the right resources and supports, there is the promise for schools to commit to educating the whole child and creating more resilient students in this moment of immense need.