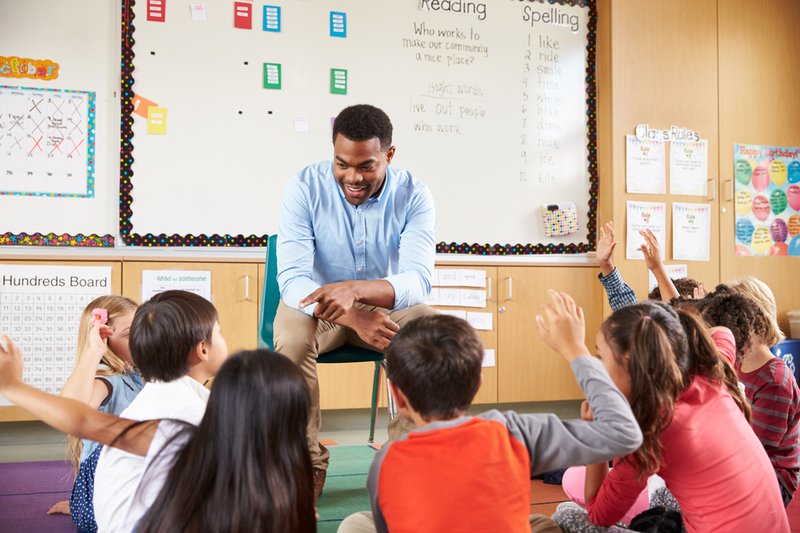 A new report published this week by the Department of Education confirms that the TEACH Grant program, which converts grants for students who don’t complete service requirements as teachers in high-need schools into loans, are truly a “groan.”

The TEACH Grant program was authorized by Congress in 2007. Students are eligible for about $4,000 per year in grant form, either for a bachelor’s degree or a master’s degree. But if they fail to serve as full-time teachers in key subject areas in high-need schools for at least four years within the first eight years after they leave college, the grant money is converted to a loan, and all the interest that would have accrued from the date the grant was disbursed is tacked onto the loan. In other words, it’s a grant-loan -- a groan. And it can wind up being a bait-and-switch for many of the 30,000 or so students who receive a TEACH Grant each year and wind up with unexpected and/or unwanted debt.

The report released by the Education Department this week confirms the findings of widespread problems with TEACH Grants in a GAO study released in 2015, and puts some stark and scary numbers on it: nearly two out of three grant recipients (63 percent) who had left school and were required to begin their service as teachers prior to July 2014 saw their grants converted into loans by June 2016. That’s particularly concerning, given that 89 percent of TEACH Grant recipients surveyed said that when they first received the grant money, they were likely or very likely to fulfill the four-year service requirements.

So the Department asked why the conversion rate was so high. And the results were concerning, if not surprising. A survey of students whose grants had already converted into loans found that one in three either hadn’t finished their degree or teaching certificate, or weren’t working as teachers. Thirty-nine percent were teaching, but not in a qualifying position—so they may have been working outside of the high-need schools and subjects required of the TEACH Grant program. Nearly one in three (32 percent) said they didn’t understand the service requirements in the first place.

A significant share of the TEACH Grant converters surveyed also flagged technical problems. Nineteen percent said they didn’t know they were required to submit paperwork to certify their service annually. Meanwhile, 13 percent didn’t certify because of obstacles they ran into during the process; and 9 percent didn’t certify because they forgot. These figures are reminiscent of the challenges in getting borrowers under income-driven repayment plans to recertify their incomes yearly—something that Education Department data have shown more than half of borrowers fail to do on time—and in certifying employment that counts toward Public Service Loan Forgiveness, an issue with so many administrative challenges that the Department and its servicer are now facing lawsuits from borrowers. And it’s especially problematic in light of the GAO’s own finding that several thousand TEACH Grants had been erroneously converted to loans by the Department’s servicer as of September 2014, which GAO accompanied with a warning that the Department “lacks reasonable assurance” that it had taken the necessary steps to avoid more erroneous conversions.

Staff at some of the TEACH Grant-participating institutions had their own theories about the high conversion rates, based on anecdotal experiences. Some suggested students were responsible for failing to meet service obligations. Others said that some students took on the grant knowing it would convert, as a way to access additional funding. And there’s some merit to the idea that institutions may have encouraged or permitted this; 42 percent of grant recipients in 2013-14 would have borrowed beyond the maximum allowable federal student loan limits if their TEACH Grants were considered loans.

It’s clear the institutions giving out these grants need to do more. Among recipients whose grants had converted into loans, only 22 percent said they were well informed about the annual certification requirements, but 46 percent of those still in grant status did.

But the study doesn’t find a silver bullet about the best ways schools can reduce conversion rates. For instance, conversion rates are similar among those who received TEACH Grants for undergraduate versus graduate studies (64 and 63 percent, respectively), though lower among students who received TEACH Grants both for undergraduate and graduate studies (53 percent); and they’re similar across the for-profit, nonprofit, and public sectors (63, 63, and 66 percent, respectively). The share of converted grants also didn’t vary much based on whether the student received his first TEACH Grant before or after being accepted to the institution's teacher preparation program.

Even the “best practices” identified by the study seem to make only a marginal difference in the share of grants converted to loans for alumni of the institution. Limiting eligibility to only students who are beyond their sophomore year in school, those who declared a major or minor in a high-need field, and those who have been admitted to a teacher preparation program—in other words, those likelier to be committed to a career that will qualify them for service—reduced the TEACH Grant conversion rate by one to five percentage points. And colleges that established relationships with PreK-12 schools that had qualifying service teaching positions also had a slightly lower percentage of TEACH Grants converted to loans (59 percent, compared with 61 percent at schools that didn’t have those kinds of relationships).

As Congress works to reauthorize the Higher Education Act, lawmakers need to think long and hard about how to encourage highly qualified students to enter the teaching profession, and how best to incent them to work in high-need schools. A bait-and-switch that promises grant aid in exchange for strict service requirements hasn’t worked. New approaches—like tiered loan forgiveness that rewards teachers both for initial and for continued service, forgiveness through the PSLF program, or simply providing higher pay to teachers in the hardest-to-staff PreK-12 schools—might accomplish these goals more fairly and honestly.