Slowly But Surely: How Indiana is Building a Pre-K Program 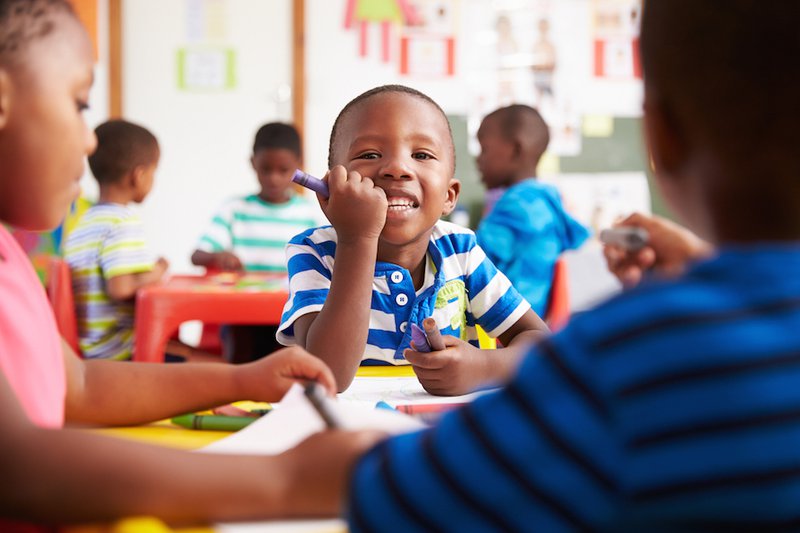 Until recently, Indiana was one of only a few states in the nation without a state-funded pre-K program. Recently, however, The Hoosier State has slowly begun to build pre-K offerings by investing in pilot programs in a handful of counties throughout the state. Now, Indiana lawmakers are looking ahead to a 2017 legislative session in which expanded funding for pre-K promises to be a major topic of debate.

What should lawmakers do? Today, Early & Elementary Education Policy at New America releases Slowly But Surely: How Indiana is Building a Pre-K Program, a brief that discusses the evolution of early learning in the state and makes recommendations on how state leaders should improve and expand on what they’ve begun.

Indiana’s first foray into public pre-K began in 2013 when the General Assembly enacted legislation to establish the Early Education Matching Grant (EEMG) program. Under this program, competitive grants are awarded to providers around the state who use the funds to enroll eligible children. Applicants must be rated a Level 3 or 4 in Paths to QUALITY, the state’s voluntary Quality Rating and Improvement System (QRIS). Providers must also make a dollar for dollar match of state funds. EEMG is enabling over 600 low-income four-year-olds in 18 Indiana counties to receive pre-K services this school year. Early evaluations show that children benefitting from EEMG funds have made significant improvements in their receptive language, social competence, and other important kindergarten readiness skills.

The next phase of Indiana’s exploration into pre-K occurred in 2014 when Governor Mike Pence signed legislation to establish On My Way Pre-K, a voucher-style pre-K program available in five counties, including Marion County, home of Indianapolis. Like with EEMG, families can use the On My Way Pre-K scholarships at licensed centers, registered ministries, Head Start centers, and public school programs in both full- and half-day formats as long as those providers have achieved a Level 3 or 4 in Paths to QUALITY. While EEMG grants are open to families earning up to 100 percent ($24,200 for a family of four) of the federal poverty level, On My Way Pre-K scholarships are available to families earning up to 127 percent of the federal poverty level ($30,861 for a family of four).

Thanks to charitable contributions from the business community and philanthropic groups, the capital city of Indianapolis has been able to fund its own additional pre-K program to build on the state’s efforts. The citywide program, known as the Indy Preschool Scholarship Program, has made it possible for some three-year-olds to receive pre-K services in addition to four-year-olds. Indianapolis now boasts the most developed pre-K program in the state - a program that has proven to be extremely popular with parents, drawing over 4,200 applications for only about 1,600 available spots. In all, approximately 2,300 pre-K children were served last year thanks to On My Way Pre-K and the Indy Preschool Scholarship Program.

We offer several recommendations for state lawmakers and advocates as they continue to push for expanded pre-K access throughout the state. First, lawmakers should broaden family eligibility criteria by increasing state investment in early learning during the 2017 legislative session. Additional state funding could make it possible for all counties to participate in state pre-K programs and could expand the eligibility criteria for families up to 200 percent of the federal poverty level ($48,600 for a family of four). Currently, Indiana’s various pre-K programs each use a different poverty threshold, ranging from 100 percent to 185 percent of the federal poverty level.  Expanding the eligibility threshold to 200 percent across all programs would enable thousands of more Hoosier kids from low-to-moderate income families to access pre-K programs that will help put them right on right track for future academic and life success.

Additionally, it’s important for state policymakers to acknowledge that early childhood doesn’t end with pre-K and expand the state’s investment to ensure every child has access to a full day of high-quality kindergarten. Today, the compulsory school age in the state is age 7, making Indiana one of only 16 states nationally to set the compulsory school age above age 6. Requiring districts to offer full-day kindergarten for all children will go a long way towards setting stronger well-connected steps between high-quality pre-K, kindergarten, and the early grades of elementary school.

These are just a few of our recommendations aimed at enabling Indiana to expand pre-K access while simultaneously ensuring that the student gains made in pre-K are maintained and built upon. While Indiana is one of the last states to begin building a state pre-K system, with the right decisions it could become a model in methodical pre-K expansion that increases access without sacrificing quality.