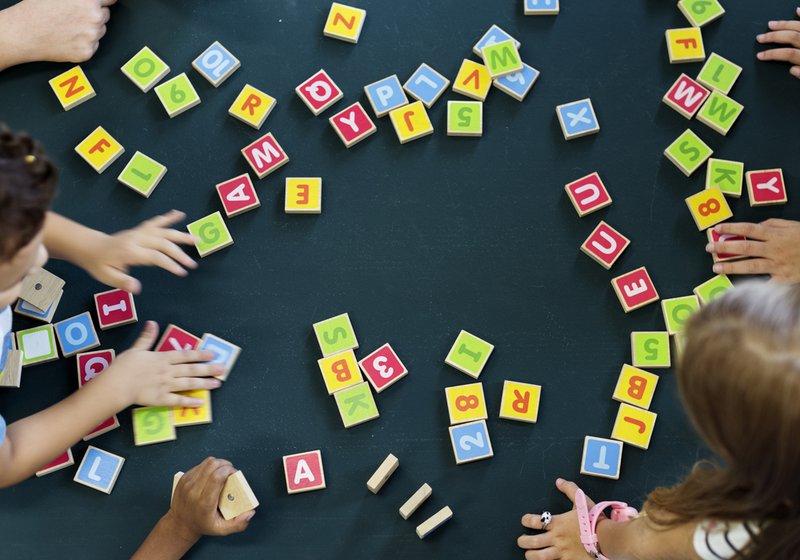 In 1995, Betty Hart and Todd R. Risley published a landmark study in their book Meaningful Differences in the Everyday Experience of Young American Children that transformed our understanding of the disparity between the early verbal language encounters of low-income children and their high-income peers. Hart and Risley found that children in high-income homes heard about 1,500 more words per hour than children in homes that received welfare assistance. By the age of three, the “word gap” totaled more than 30 million words. The researchers argued that this “early catastrophe”—as they later called it—has lasting detrimental effects on the language development and the academic achievement of low-income children.

Their findings became a rallying cry. Advocates, researchers, and policymakers eagerly took on the challenge, which seemed to have a simple solution: getting parents to talk to their kids.

The White House co-hosted a meeting in 2014 that brought researchers together to consider how to widen public awareness on the word gap. A year earlier, the Clinton Foundation and The Next Generation had launched the Too Small to Fail public action campaign that used “trusted messengers,” such as pediatricians, child care providers, and librarians to educate parents about the benefits of talking to their children. Too Small to Fail advocates are a fervent voice in the movement, going as far as to write, “We believe poverty of vocabulary should be discussed with the same passion as child hunger.”

Word gap initiatives like Too Small to Fail and others across the country have been widely embraced and publicized. But recently, some researchers have begun to question the benefits of word gap advocacy.

This new line of critique suggests word gap efforts may reinforce damaging deficit perspectives about low-income families and linguistically diverse students. A study published in the most recent issue of the Harvard Education Review found that acceptance of the word gap drove deficit-based thinking among educators, which in turn had negative effects on the instruction offered to low-income Latinx immigrant children.

The authors of the study—Jennifer Keys Adair, Kiyomi Sánchez-Suzuki Colegrove and Molly E. McManus—wrote that they were surprised to unearth evidence of educators’ deficit-based conceptions about Latinx students. As they wrote,“vocabulary unexpectedly emerged as a justification for discrimination in classrooms serving mostly children of Latinx immigrants.”

The researchers designed their study only to explore innovative teaching practices that give students the agency to influence what and how they learn. They visited five Texas elementary schools and showed administrators, teachers, school officials, parents, and first-grade students an 18-minute film where students could be seen engaging in dynamic activities and exercising agency: making decisions, working collectively, discussing diverse topics, and moving about their classroom freely. Research suggests that the stimulating activities seen in the film are effective, especially in the Pre-K and K-3 years.

Surprisingly, when teachers and administrators were asked to give feedback about the film, they explained why agency-rich teaching practices would not work for their mostly Latinx students. Teachers’ most-cited concern was that their students lacked the appropriate vocabulary to succeed with more agency. “It’s difficult for [parents] to help their children," one participating 1st grade teacher explained, "because they didn’t go to school very much, and they have limitations with language to help [the children], particularly in reading, some houses where they don’t read a lot and the vocabulary is limited....” The reason the majority of teachers gave to explain why students lacked this vocabulary echoes the deficit perspective of the word gap campaign: immigrant Latinx parents simply did not give their children the vocabulary necessary to be successful.

Students’ reactions to the film were illustrative of the learning environments to which they were accustomed. Overwhelmingly, first-graders thought the students in the film demonstrated—in their words—“Bad!” learning. In one instance, a student disapproved of a child in the film for getting up to collaborate with a peer without permission, noting that the children were being too loud and that his class was much better: “We’re so much quieter.” The reactions demonstrated students’ lack of engagement with interactive and agency-rich experiences; their conceptions about learning were intimately tied to discipline, not agency.

The researchers’ findings highlight an enduring paradox of the word gap movement: it can perpetuate inequality while seeking to challenge it.In this particular case, teachers’ adoption of “gap” framing justified the use of less sophisticated teaching practices, which effectively decreased Latinx students ability to improve their language skills and “earn” more dynamic experiences.

The findings support existing research that shows teachers often have lower expectations for students of color and may even experience a reduced sense of responsibility for the learning of students of color. Addressing teacher beliefs is paramount, considering the effect teacher expectations have on students’ beliefs about their own abilities and their attitudes about school. Tackling low expectations and deficit thinking is also critical to addressing the lack of dynamic and agency-rich learning environments to which students of color have access.

Efforts are underway to arm all early childhood educators with these competencies. In New America’s 2017 Education Agenda, expanding access to quality early learning opportunities and promoting ongoing teacher development are top priorities. But further work is needed to ensure that teachers of low-income students of color—who are more likely to be inexperienced—are prioritized for teacher education programs and that professional development is catered to the specific needs of racially and linguistically diverse students.

Advocates are also working to highlight and address the unique set of barriers that low-income parents of color face that keep them from interacting with their young children more often (e.g. irregular work schedules and limited paid-time-off). At the same time, it is important to continue to address the myriad of systemic challenges low-income students of color face that also affect their academic trajectories (e.g. lack of affordable housing, limited access to healthcare, food insecurity, inaccessibility of high performing schools in low-income neighborhoods, and unfair discipline).

As advocates, we should not abandon efforts to encourage parents to interact more with their young kids; that is a noble and worthwhile ambition. But we do have a responsibility to prevent any future unintended consequences of a well-intentioned movement. We have to fully abandon deficit perspectives and paternalistic strategies that sell a simple solution to marginalized parents. The solution to educational inequity is not as simple as getting low-income parents to talk more to their children; it involves a commitment to supporting educators and dismantling the systemic inequities that disenfranchised communities face.