To Recruit and Retain Employees, Help Connect Them to College 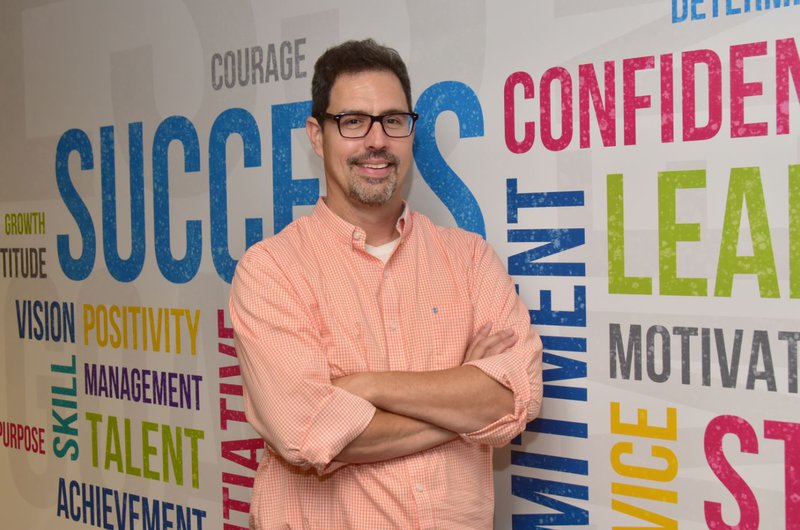 He can be selfish.

Given his high-stress job, it’s not surprising. Grimes, whose official title is manager of talent acquisition and development, recruits and trains call-center employees for Cleveland-based MetLife Legal Plans Inc.

These days, in the pandemic, he’s not exactly hustling on the recruiting side. Hiring plans are on hold. But when the economy re-opens, Grimes believes he’ll have a recruiting advantage over other employers – one that he helped put into place nine months before the Covid-19 virus changed everything in March.

Grimes was excited about MetLife Legal Plan’s new partnership with College Now Greater Cleveland aimed at encouraging MetLife’s front-line customer-facing call-center employees to return to college. From the start, he knew the partnership would make his recruiting easier -- never mind the larger social benefits, although they matter to him too.

“For me, doing recruiting, selfishly, I saw a lot of advantage in that,” he said.

Call center staffers like the ones at MetLife Legal Plans are at the heart of College Now’s mission: To help adults who started college once upon a time, but “stopped-out,” leaving them with piles of student debt while stuck with lower non-degree level wages.

A lot of these adults end up as retail employees – who meet customers in stores, banks, or on the phone like at MetLife Legal Plans. These jobs are the ones these college stop-outs can land, but many of them don’t offer educational programs such as the one in place at MetLife Legal Plans through its partnership with College Now. Meanwhile, employers in Cleveland and around the nation said in the recent survey called Bridging the Talent Gap* that the skills they most need – leadership and problem-solving – are best provided by a four-year degree.

The survey was conducted in cities around the United States, including Cleveland, to assess why employers can’t find the workers they need and why workers can’t access the jobs they want.

The solution may be education.

In Ohio, just over one in four adults has a bachelor’s degree or higher. One in five adults are like MetLife Legal Plans’ Patrick Flynn, a call center worker who began college, but didn’t finish.

Grimes’ boss, MetLife Legal Plans Chief Executive Ingrid Tolentino, believes that her company’s policy of promoting call center staffers with college degrees translates to better client attraction and retention. She has backed that belief by upping the company’s tuition benefit from $250 a semester to $2,500.

MetLife Legal Plans helps its client companies provide legal services to their employees as a benefit. At MetLife Legal Plans, a four-year degree gives its staffers breadth of knowledge while experience gained on the phone yields deep customer and product expertise.

“It would be very easy for a non-degreed professional to feel like taking a job with our call center would be a dead-end job,” he said. Someone might think, Grimes said, “`I need that four-year degree and I don't have it, so I'm on my own to figure out how I'm going to be able to be promotable.'

“Now we can say, `You're not on your own. We have a tool that's going to be able to help you.' To me, I now have the ability to sell that to someone who doesn't have a four-year degree.’”

Pre-pandemic, Tolentino and Grimes said they were on the hunt for qualified people in what had been a tightening labor market. “The war for talent is real,” Tolentino said then. “I need a compelling story beyond salary.”

Post-pandemic, “we’re in completely uncharted territory,” Grimes said. The entire labor pool may be shaken up with some on furlough from one company accepting a job from another, he said. It’ll be hard to see where employees will land.

In the war for talent, recruiter Grimes sees Patrick Flynn as a prize. Flynn came to MetLife Legal Plans with some college credits and supervisory experience, a plus. “From the start of his time with us, I could tell he possessed the skills and attitude to contribute to our growing organization,” Grimes said.

However, beyond a recent first-level supervisory promotion, Flynn knows he’s stuck without a college degree. "I would definitely be interested in going back to college. But that $27,000 [in old college debt], I don’t want to add to that.”

College Now counselors help renegotiate student loans, fill out financial aid forms, choose a college and navigate the admission process, along with providing advice on course selection and study skills. Because College Now handles that end, Grimes and the human resources department at MetLife Legal Plans can concentrate on training their employees on providing the best possible customer service.

Grimes hopes Flynn takes up the College Now program – not just for Flynn’s sake, but for Grimes’ as well.

Grimes knows employers worry employees will get trained on the company’s dime and walk out the door. In Grimes’ case, he loses the college-degreed call center representatives he recruited to internal promotions.

That’s why, from Grimes’ perspective, College Now is a win – better for Flynn, better for MetLife Legal Plans, and better for Grimes. Here’s Grimes’ reasoning: If Flynn sticks with College Now, Flynn will work in MetLife Legal Plans’ call-center for a few more years until he advances with a degree. Meanwhile, Grimes won’t have to recruit for that position, plus Grimes will get points for developing good talent. And Flynn is a natural.

“You may lose them eventually, but at least you have them longer,” Grimes said. “I could have them for the years it takes them to finish their degrees.”

At Graduate! Network, Sheffer counters employers’ concerns with a question: