In a new book, Elliot lays out his views on several hot-button education policy issues and makes important connections between the worlds of early childhood and K-12 education 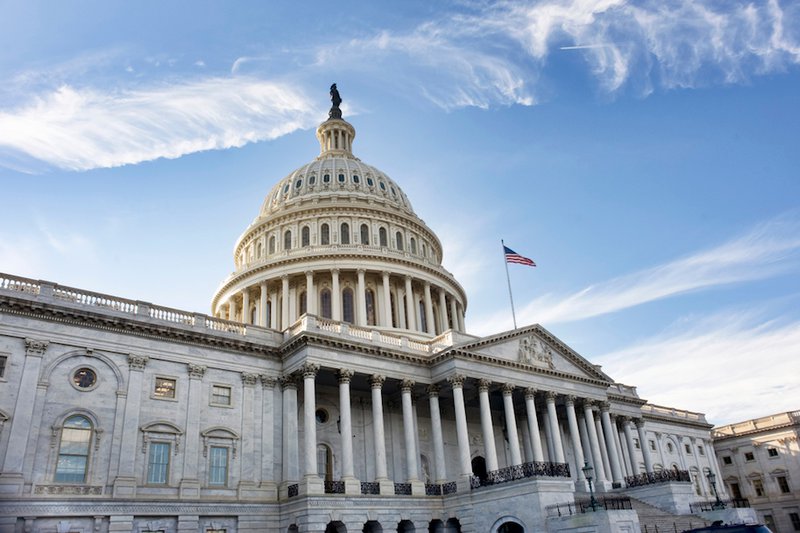 I’ve long thought of Elliot Regenstein as one of the smartest, most pragmatic people working on issues related to early childhood education, so I was excited to hear that he was putting the final touches on a book that covers both early childhood and K-12 education issues. In his new book, Education Restated: Getting Policy Right on Accountability, Teacher Pay, and School Choice, Elliot lays out his views on several hot-button education policy issues and manages to make important connections between the often-siloed worlds of early childhood and K-12 education. To learn more about his book, I interviewed Elliot via email. Read below to find out more about his views on a variety of issues, such as restructuring teacher pay to help schools serving children from low-income families, what K-12 accountability can learn from early childhood education, and how states can build capacity to help children with behavioral needs and reduce the frequency of suspension/expulsion.

You’ve done a lot of writing in the past on various education issues, ranging from early childhood data systems to social and emotional learning. What made you decide to take on the major project of writing and publishing a book focused on education policy? Did the pandemic impact the content or timing of the book?

For many years I’ve been interested in the intersection between K-12 and early childhood, and before the pandemic had started researching and outlining a book on that topic. When the pandemic hit and everything was shut down, I decided to ramp up my efforts. A lot of people took on new weekend projects during the pandemic; I have no talent for gardening, so this book was the alternative.

Your book addresses three major education policy areas that have been the subject of debate for decades - accountability, teacher quality, and charter schools. These are contentious issues that spark lots of disagreement even among people who might otherwise agree on most issues. Were you wary of publicly declaring your policy ideas around these often-controversial issues in education?

The fact that they’re controversial is actually why I wanted to wade in. My hope is that I’ve added some new ideas to these conversations that will help people who historically have disagreed find some common cause. In this highly polarized political moment I think we need more voices trying to pull people together, and that was the spirit in which the book was written. I doubt very much that this book will magically solve any of these problems, but hopefully it’ll give people something new to talk about that will lead to some constructive problem-solving.

One of the ideas you tackle in the book is restructuring teacher pay so that teacher salaries are higher in the schools where student incomes are lowest. I know some districts have tried an approach of paying bonuses to help keep teachers at schools with the most need, but the outcomes have been mixed. Are you hopeful that restructuring incentives around teacher compensation can result in lower-income schools having an easier time of recruiting and retaining top teaching talent?

One of the consistent themes in the book is that on each of these issues, there’s some primary force that drives action. In teacher pay, the primary driving force is seniority. Bonuses provide some amount of counterweight to that primary force, but that’s very different than changing the primary force itself. Taking ibuprofen might or might not relieve the pain in your joints, but that’s a fundamentally different strategy than a knee replacement -- and in general public policy systems are oriented toward taking a few pills instead of submitting to major surgery. So my argument here is that we absolutely need major surgery, because that’s the only thing that will allow schools serving children from low-income families to systematically compete for and retain talent.

When talking about school accountability, you write that “the message of ESSA and state education accountability systems is to focus on something other than the early years” since accountability systems don’t take K-2nd grade performance into account. How can this problem start to be remedied without taking the politically unpopular position of expanding standardized testing into the earliest grades?

This question really gets at the broader issue of how to measure the quality of schools. I do think test scores have a role to play in measuring school quality, but not nearly as big a role as they currently serve. And measures that aren’t test-based are much more likely to be applicable across all grades, rather than just in third grade and up. In fact, I argue that K-12 accountability can learn something from early childhood accountability, and some of the promising efforts to measure the quality of service delivery through direct observation. Accountability policy is designed to have an impact on where schools direct their focus, and observation-based measures potentially will help schools put their focus on improving the quality of child experiences.

When discussing issues around exclusionary discipline practices in ECE, you write that the state laws to eliminate suspension and expulsion that we’re starting to see more of "will only work if they actually build capacity to help children with behavioral needs at the building and classroom levels.” Besides just prohibiting suspension and expulsion, what can these state laws do in terms of building up this sort of capacity?

One of the recurring themes of the book is that states often don’t think through how their policies create a set of perverse incentives at the local level. This is a great example of that. If your state has a non-universal early childhood system where each individual provider has extremely limited resources and capacity, then those providers are much better off with “easy” children than ones with more challenging needs. At a system level, of course, those children with more challenging needs are the children we should be most focused on helping. But if you’re a provider earning $25,000 a year and just trying to make it through the day, you’re much better off with a kid who doesn’t have special needs.

So in effect, states have created systems in which providers are acting rationally when they suspend or expel kids with behavioral issues – and then rather than change the conditions that would make it possible for providers to serve those children more effectively, states try to prohibit the act of suspension or expulsion. The real solution would be for states to properly fund compensation, training, and professional development, which are all investments that would put providers in a much better position to serve children with greater needs. In some instances these suspension and expulsion laws have been a hook to make progress on those issues, but that hasn’t always been the case. The bottom line is that banning suspension and expulsion is a pill, and actually supporting providers is major surgery; to be clear, I’d rather see states take the pill than not take the pill, but what I really want is for them to undergo the surgery.

You point out that states have stepped up to invest directly in early childhood education because school districts mostly don’t make these investments. What are some of the reasons why districts are often hesitant to spend a lot of money on early childhood?

In a similar vein, I’ve long believed that it’s highly rational for school districts to not invest in early childhood. Their accountability is focused on the later years when testing occurs; a 4-year-old in preschool today won’t show up in state accountability systems until the 2026-2027 school year – which is an eternity from now, especially when you consider how frequently superintendents turn over. Moreover, mobility rates among parents of young children are often quite high, so districts may correctly believe that many of those families will turn over before the kids reach third grade. Preschool demands physical space, which may be in short supply. Good preschool is an expensive optional service fighting for resources against well-established interests that are often mandated, with decision-makers whose background and expertise is primarily in K-12.

Most of those forces are not going away, so changing the leverage of accountability won’t prompt districts to immediately open the spigot for early childhood. But it may make them more open to a conversation about investment. And that conversation is important, because the reality is that it doesn’t usually work out well when districts unilaterally decide to launch a preschool program. The districts that do this best understand the importance of the early years, and then work in partnership with community providers to define a role for themselves that makes sense.

Throughout the book you argue for expanded federal investment in early childhood education to help improve access, quality, and teacher pay. Of course, Build Back Better would have dramatically increased federal investment in early education, but the bill that ultimately passed Congress left out funding for child care and pre-K. Are you hopeful for the possibility of a major federal funding increase for the early years in the not-too-distant future or has that ship sailed?

Early childhood has historically been a relatively bipartisan issue at the federal level. And it’s extremely hard to work on early childhood without being a fundamentally hopeful person. So I definitely am optimistic that the fate of Build Back Better is just a setback on the path to victory. Just don’t ask me to offer too precise a definition of “the not-too-distant future.”