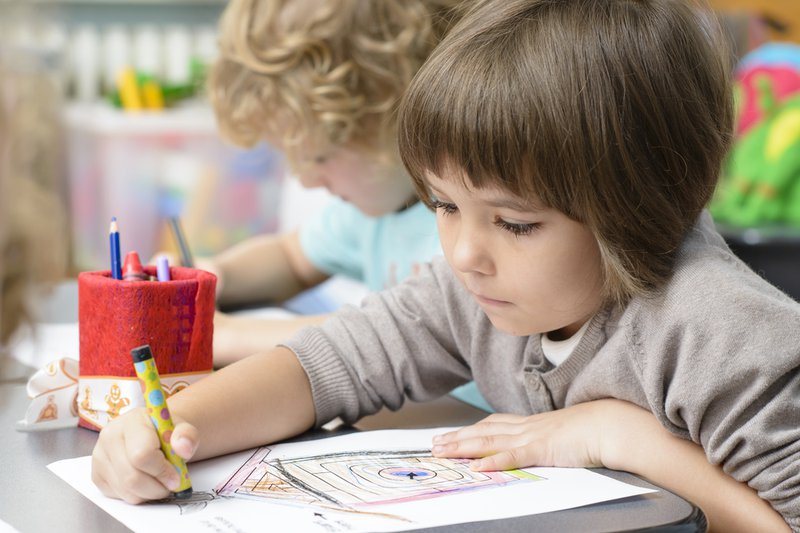 The number of dual language learners in the United States is growing extremely rapidly. And there’s strong evidence that identifying and supporting these students early in their educational process can make a big difference for them in the long run.

Yet, according to a recent webinar by the Center on Enhancing Early Learning Outcomes (CEELO) and the National Institute for Early Education Research (NIEER) on Young Immigrants and Dual Language Learners: Participation in Pre-K & Gaps at Kindergarten Entry, few states require early language screening in early education programs. In fact, of the 40 states with pre-K programs, a mere 40 percent require language screening and assessment of enrolled children. An even smaller percentage of states (38 percent) use home language surveys to screen children or have policies in place that make available bilingual staff or translators (30 percent). All in all, only 22 states, currently report the percentage of children classified as dual language learners (DLL) enrolled in their pre-kindergarten programs.

Consider: California, Colorado, Florida, New Jersey, New York and New Mexico are among the states that don’t report these data — which is frustrating, considering their large language learner and immigrant populations.

Disparate state level DLL policies were only half of the webinar’s story. Milagros Nores, Associate Director of Research at NIEER, presented new research on trends in pre-K enrollment and gaps at Kindergarten entry. Nores used data from the ECLS-K to disentangle trends among distinct groups of children (Whites, Asians, Hispanics, DLLs and children with immigrant backgrounds). Hispanic children, DLLs and children with an immigrant background each had lower rates of participation in either center-based or Head Start pre-K programs than their White and Asian peers. About 50 percent of each of these subgroups of children were not enrolled in pre-K—compared with about 30 percent of White and Asian children.

The analysis also broke up the Hispanic subgroup by language and immigrant background, which revealed differences in enrollment trends.  Around 60 percent of native-born Hispanic children were enrolled in pre-K compared to only about 45 percent of Hispanic DLLs. While there is overlap between these groups, the data suggest that language and immigrant background may influence pre-K participation in different ways.

The webinar also explored kindergarten achievement gaps among groups of students. Compared to non-Hispanic White students, DLL students, Hispanic and immigrant students all have measurable gaps in performance in reading, math and on language screeners. Nores’ data also showed that among Hispanic children, Hispanic DLLs and Hispanic immigrant children demonstrated the largest performance gaps. When all language and immigration variables are considered together, immigrant Hispanic DLL children have the largest performance gaps by far. By contrast, native-born Hispanic English-speaking children did not show these gaps in kindergarten. In the realm of social-emotional development, native-born Hispanic DLLs have substantially larger gaps at kindergarten entry than other Hispanic students, especially on tasks measuring their approaches to learning and self-control.

Nores’ disaggregation of the data on Hispanic students ought to help policymakers focus their reform efforts. The policy community must recognize that Hispanic students and DLLs are diverse groups—not a monolith with the same needs and characteristics. The reality is much more nuanced. Early education programs should take these data seriously when tailoring their offerings. For example, they could focus more attention on developing the academic and language skills of immigrant Hispanic DLLs—and provide native-born Hispanic DLLs with more support for social-emotional development. However, these programmatic goals are essentially an empty wish at a time when most states do not even conduct language screenings. How can states and early education programs tailor policies and instruction to support diverse young learners if they don’t collect data on students’ linguistic backgrounds?

The researchers at CEELO and NIEER recommended that states screen and assess all children for language proficiency in early childhood to ascertain their DLL status. They also recommended that states report out data on the numbers of DLL students enrolled in public pre-K programs. At the moment, there is no guarantee of consistency across localities or states in the language assessments and screeners that are being used, which makes it difficult to generate comparable data. States should also do more to boost the pre-K enrollment of DLL and immigrant children, especially given recent encouraging research on Head Start's positive effects for DLLs' receptive vocabulary. During the webinar, NIEER Director Steven Barnett asked whether the Department of Education (ED) could support more coordinated state policies to improve services for DLL children.

In short, yes. The Department of Education has leveraged several programs such as Race to the Top and the School Improvement Grants to push forward reforms of teacher evaluation and other policies, but has yet to use this approach to support DLLs’ linguistic and academic development. One place to start might be to identify best practices around formal classification and reclassification of DLLs and support the development of more common assessments and language screeners for use across the fifty states. Furthermore, the Department of Health and Human Services could also strengthen the current mandate that Head Start providers screen for DLL status by requiring the use of common language screeners and assessments across all sites.

In any event, the CEELO-NIEER webinar makes it clear that policymakers and early educators need to work harder to integrate the needs of DLLs into new and existing early education programs."