New York’s reforms offer a beacon of cohesive thinking and action for DLLs at the state level. 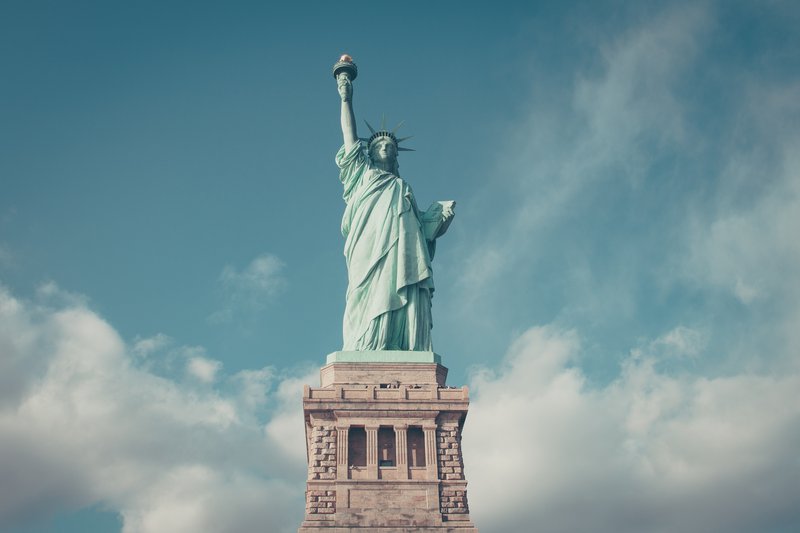 Last Friday, the Statue of Liberty turned 130 years old. To this day, she stands as an iconic symbol of American opportunity. Her home state of New York still attracts newcomers from all over the world. Decades after the emergence of Chinatown, Little Italy, and El Barrio, the Big Apple continues to weave a rich, diversifying tapestry of ethnic enclaves. In addition, immigrants and refugees are also increasingly settling in upstate communities like Buffalo, Syracuse, and Utica. As a result, the Empire State’s overall foreign-born population increased from 15.9 to 22.3 percent from 1990 to 2013.

Meanwhile, across the country, other states are experiencing an unprecedented influx of newcomers. These shifting migration patterns have a significant impact on local PreK–12 education systems as young children from newcomer families enter U.S. schools and begin to learn English as they continue to develop their native language skills at home. On these new frontiers of integration, state education leaders are grappling with how to best respond to the unique needs of these dual language learners (DLLs). In light of increased autonomy for state policymakers under the federal Every Student Succeeds Act (ESSA), state leaders need to know what’s working and what isn’t for DLLs.

To that end, New York State’s recent overhaul of DLL K–12 policy provides a promising yet still-evolving model for serving multilingual learners. As I detail in a report published today, From Blueprint to Building: Lifting the Torch for Multilingual Students in New York State, these efforts represent a rare example of a cohesive state strategy for DLLs through clear vision-setting, holistic policy redesign, systemwide capacity-building, and elevated state DLL leadership.

As other states look to New York’s example, leaders should not necessarily copy-and-paste New York’s approach wholesale. Differences in political contexts and local capacities will matter in important ways. Instead, state officials and advocates should zero in on transferable components and use those examples to inspire new thinking and action.

A major component of the state’s new requirements is a district-wide (versus school-level) threshold for offering bilingual education to DLLs in English and their home languages, such as through dual immersion models. Research consistently suggests that DLLs in multilingual programs generally do as well or better than those in English-only programs in the long run with regard to English acquisition and academic achievement. Bilingual models can also better prepare students for job opportunities in a global economy and, in the case of dual immersion models, help to foster racial and socioeconomic integration with non-DLL families. The policy change coincides with New York’s roll-out of the Seal of Biliteracy for high school graduates, which passed in 2012 after bellwether legislation in California (Note: Unlike New York, the Golden State still has an English-only law for DLLs’ education, which is up for repeal in next Tuesday’s election). Since then, over twenty states have passed similar Seal of Biliteracy initiatives.

New York’s new rules also reimagine expectations to support DLLs’ English development. Specifically, New York’s policy spells out expectations for an “integrated” English as a New Language (ENL), formerly English as a Second Language (ESL), services. The integrated model occurs primarily through co-teaching, a general educator working with an DLL specialist in the mainstream setting. The rules strike a balance between the integrated format and more traditional, stand-alone (“pull-out”) services, differentiating expectations based on DLLs’ English levels. Integrated, co-teaching models can have the bonus effect of benefitting DLLs and monolingual English speakers in the development of academic language skills.

The policy shifts — including other key changes to data collection, family engagement, and professional development for all teachers of DLLs — were derived from a three-year stakeholder engagement and research review process beginning in 2012. The process was intentionally deliberate and iterative. It is also significant that, in advance of any formal policy change, New York leaders released the Blueprint for English Language Learners Success. The document’s principles created a cohesive state vision, a reference point for stakeholders at various levels, and elevated DLL issues into the state’s broader PreK-12 conversation.

Of course, a great vision is just a starting point. It’s another thing to translate good ideas into laws or regulations on the books. New York has done both. Now, it’s moving on to the greater lift of implementing a well-designed policy in ways that push districts to make meaningful change. New York has undertaken a variety of capacity-building initiatives in this vein, translating its open math curricula into five languages, offering new rounds of state funding for bilingual program expansion, coordinating new Massive Open Online Courses (MOOCs) for educators and administrators, and developing and translating a suite of centralized parent resources, including a Parent Hotline, a Parent Bill of Rights, and ten-animation video for parents of newly identified DLLs statewide. In the past few weeks, state’s Office of Bilingual Education and World Language website has been completely overhauled to curate and house these resources for educators in a more organized, user-friendly format.

A newly diverse cast of bilingual leaders at various posts within the administration has led these implementation efforts, including Deputy Commissioner for P–12 Instruction Angélica Infante-Green. Named a future Chief for Change, Infante-Green was initially appointed to oversee the state’s DLL work in a post created by then-Commissioner John King Jr. (later named U.S. Secretary of Education). Lissette Colón-Collins now spearheads that role. In addition to Infante-Green and Colón-Collins, the Board of Regents is currently headed by the first Latina chancellor, Betty Rosa, who was recently joined by Regent Luis Reyes, a long-time DLL advocate. All four leaders understand DLL linguistic needs on a personal level, as former educators who are bilingual in Spanish and English themselves.

Yet, even with key leadership in place, there have been growing pains in the first year of implementation. Issues mostly stem from teacher shortages and the financial costs of hiring more ENL teachers to staff co-teaching models. Though the state has offered new MOOCs and supports through the state’s eight Regional Bilingual Education Resource Network (RBERN) centers for technical assistance, some districts voiced a need for greater guidance on new instructional models. As I detail in the paper, the state’s response to these challenges merit close examination, in large part because these hurdles are not unique to New York. Moreover, the new policies only impact K-12 policy; it will be crucial to “bridge the continuum” and link pre-K systems for DLLs to early elementary learning in the K-3 grades.

So, the work is far from complete. Just as the Statue of Liberty was built in many phases, coordinating the construction of an equitable, statewide system for DLLs will not happen overnight. But New York — operating with limited capacity in a decentralized, locally-controlled education system — is making headway. Few states have taken such a visible, unified approach for their DLLs, and few with such a bullish tenor. Shifting from a blueprint of solid ideas, New York is building out a concrete system to maximize the full potential of its multilingual students.