By the Numbers: Trends in Nontraditional Student Enrollment 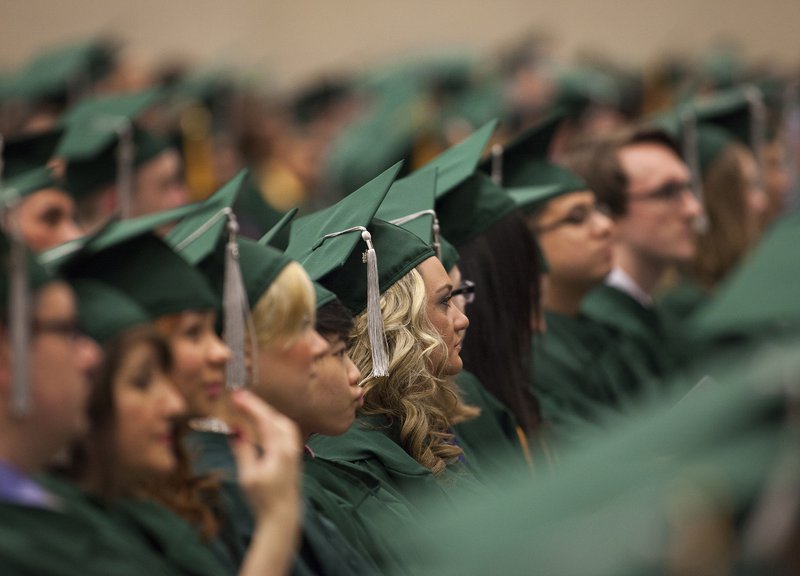 This is the first installment of our "By the Numbers" series, in which we dig into nationally representative higher education survey data recently released by the U.S. Department of Education. Our second post considers changes in graduate student borrowing over time, and our third post looks at the implications of private and institutional loan debt.

The demographics of those enrolled in college look very different than they did twenty years ago. Students once considered “nontraditional” -- including those who are low-income, first-generation, above the age of 23, financially independent, living off campus and attending part-time -- have found themselves elbow-to-elbow with the more commonly conjured image of a college student -- one who is between the ages of 18 and 22, living on the quad, attending full-time, and from a middle- to high-income family. In fact, the rate at which this population of nontraditional students has been growing over the past decade provided some with reason to believe that these students might soon surpass the share of students for whom higher education was traditionally reserved.

New data released yesterday, however, show that over the last four years the share of nontraditional students enrolled in college has actually begun to fall.  Administered every four years by the U.S. Department of Education, the National Postsecondary Student Aid Study (NPSAS), a nationally representative survey of 89,000 students, last went into the field in the 2015-2016 school year. These data reveal that while some characteristics like racial and ethnic diversity, and students’ enrollment intensity have continued to veer in a consistent direction, other markers of being a nontraditional student like being older and financially independent have shrunk as a share of overall college enrollment. To be sure, these trends have occasionally differed in surprising ways across institutional sectors of higher education, and the dip over the past four years may have more to do with an improving economy than any critical reversal in enrollment trends.

Between 2012 and 2016, several key indicators used to define the broad population of  nontraditional students have remained flat or declined slightly. In particular, the percentage of students receiving a Pell Grant and the percentage of those students whose parents do not hold a college degree dropped after more than a decade of steadily rising.

Whereas the dip in first-generation student enrollment was universal across sectors, the slight decrease in the share of Pell Grant recipients was largely precipitated by changes in the public 2-year sector. Even though the percentage of students who received Pell Grants at community colleges decreased by only a few points, a disproportionate share of low-income students enroll in community colleges, which means these slight changes can have an outsized impact on the overall share of Pell recipients.

As the economy continues to improve, the percentage of older adult students returning to school may have also begun to slow. The share of undergraduates aged 30 or above dropped by roughly 3 percentage points between 2012 and 2016, while the share of those below the age of 23 and those between 24 and 29 remained relatively flat. Again, the overall decline in older students was most measurably experienced in the community college sector, where older students gravitate to acquire shorter term credentials to improve their job prospects. Surprisingly, however, the overall decline in older students was combated by slight growth among private nonprofit colleges, the only sector to experience a decline in the share of traditionally aged students.

One of the final indicators of what makes a student nontraditional -- whether they are attending part-time as they pursue a degree while potentially holding down another job -- has also changed considerably since 2012. The percentage of students enrolled exclusively full-time has decreased by nearly 7 percentage points, while the share of students going part-time for at least a portion of their education has increased by nearly the same amount.

While not an explicit characteristic of nontraditional students as typically defined, students of color continue to be underrepresented in higher education. Contrary to many of the other indicators that would suggest higher education has become less diverse since 2012, racial and ethnic diversity is still on the climb. Overall, the share of White college students has continued its steady decline, dropping a further 5 percentage points since 2012. Meanwhile, the combined share of Hispanic and Asian students increased by 6 points, and the share of African American students remained more-or-less flat. Furthermore, unlike other characteristics of nontraditional students, change in racial and ethnic diversity were experienced near universally across sectors.

Improving access to higher education for nontraditional students remains a top priority for many, but recent declines in the share of these students attending college should not be automatic cause for concern. When last conducted in the 2011-12 school year, NPSAS data revealed the extent to which many students and their families were still reeling from the Great Recession. As the economy has improved over the past four years, the trends established leading up to the 2009 economic crisis and immediately following it may or may not hold. Nonetheless and despite its ebbs and flows, it’s clear that higher education will continue to stutter step toward serving a far more diverse student population. How well these colleges do once these nontraditional students arrive is a different story.