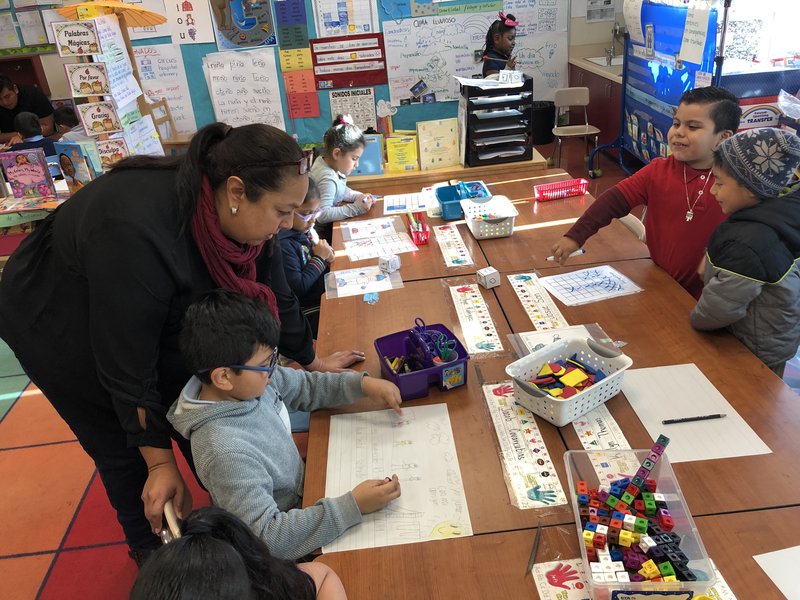 Governor Gavin Newsom took the first steps to invest in California’s new Masterplan for Early Learning and Care this month, proposing new dollars to help school districts expand transitional kindergarten (TK)—a grade level in the state’s public schools for four-year-olds with fall birthdays that has been in place since 2010.

This comes as part of a larger budget proposal to help populations in the state who have been disproportionately impacted by the coronavirus pandemic: young children, children in foster care, children experiencing homelessness, students with special needs, English language learners, and families earning low incomes.

The governor proposed $250 million in one-time funds to encourage school districts to expand TK to more four-year-olds, $200 million for districts to construct or retrofit facilities for early childhood programs, and $50 million in training for TK and kindergarten teachers.

Education advocates in California say they are pleased to see emphasis on early education at a time of so many competing budget demands.

The state’s newly released master plan calls for expanding access to TK for all four-year-olds. TK currently only serves four-year-olds with birthdays that fall between September and December. The new proposed investments would encourage school districts to serve the remaining 75 percent of four-year-olds. An evaluation showed students who attended TK were ahead of their peers in skills like early math and literacy by up to six months, with particularly strong impact on low-income students and dual language learners. Some school districts have already begun expanding the program at their own expense and this budget would provide some funding relief.

The McFarland Unified School District near Bakersfield is one such school district. "By getting them in at 4 1/2, we can work through a lot of the social pieces, starting to expose them to print components, literacy, things of that nature so that they’re stronger going into kindergarten," McFarland Superintendent Aaron Resendez told the Bakersfield Californian.

The budget proposal did not include new dollars for California’s State Preschool Program, but advocates in the state say that by opening new TK spots for four-year-olds in the public school system, it will allow Head Start and the State Preschool Program to serve more younger children. Scott Moore, CEO of Kidango, a larger state preschool provider, called the budget proposal “a critical first step.”

Additionally, Newsom called on the state legislature to support an additional $2 billion in grants to schools to support school reopening, which they are hoping will be bolstered by guidance and money from the Biden administration.

The budget proposal comes at a time of crisis for California’s children and families: most public schools have been closed for 10 months, thousands of child care centers have gone out of business, and a winter virus surge is devastating low-income communities of color, particularly in the southern part of the state.

School superintendents are calling on Newsom to create state-level guidelines for school reopening. His administration has taken some steps to do so, releasing a Safe Schools for All Hub in mid-January that will require states to report the status of school reopenings and any positive COVID-19 cases of students and staff who have been on school campuses.

But leaders want Newsom to do more to make sure school districts in low-income areas are not prevented from accessing the new $2 billion in grants because of their high virus rates and to ensure that pandemic-related costs like masks and testing don’t have to come out of existing educational program dollars.

Los Angeles School Superintendent Austin Beutner, along with a coalition of community groups, civic leaders, and education organizations, said state support for reopening schools must address the needs of communities most impacted by COVID-19. “Additional funding that goes only to school districts in communities with low COVID-19 levels will reinforce the disproportionate impact of the virus,” Beutner said in a statement on January 11th. In some Los Angeles schools, as many as one in three students have tested positive for the coronavirus.

In Fresno, where the county is facing a positive test rate of almost 20 percent, the school district closed campuses to small in-person cohorts of students after the winter holiday break because of rising infection rates. District leadership is concerned about learning loss. “On top of the list of challenges is just the amount of time that kids have lost with their teachers. There is really no replacement for that,” Superintendent Bob Nelson said.

Franklin-McKinley School District in San Jose has already made the decision to close for in-person learning through June due to coronavirus risks. Now, said Franklin-McKinley’s Director of Early and Elementary Education Jennifer Klassen, “We need to focus on how we will support teachers, families and students when we return to campus.”

Newsom’s budget proposal needs to be vetted and voted on by California lawmakers and will likely be revised this spring. In the meantime, legislators have also proposed a package of bills that include the expansion of TK and other supports for young children.