Taking A Look at Transitional Kindergarten in California

In 2010 California embarked on an experiment to create a new grade level for the 4-year-olds inside its public schools, with a focus on teaching in a way that matches children’s stage of development. Evidence shows it may be working. 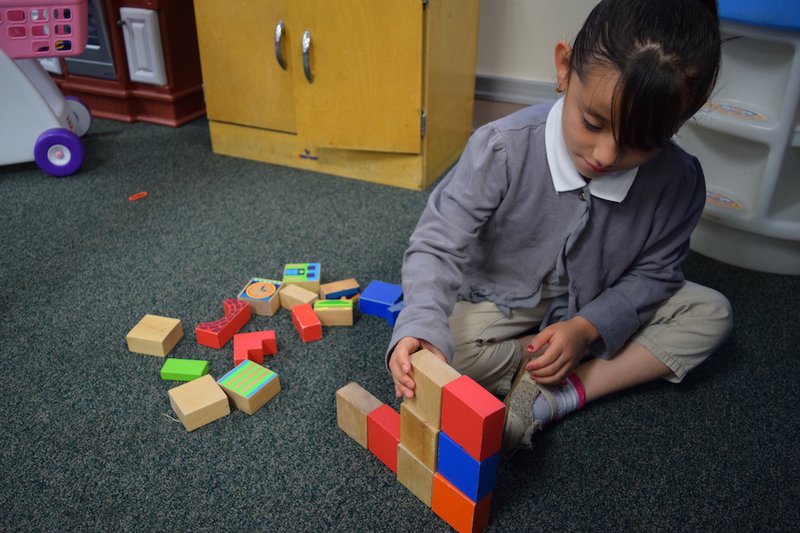 If you walk into Debra Weller’s classroom at 9 o’clock on a weekday morning, you won’t see kids sitting quietly. Instead, these four- and five-year-olds in Mission Viejo, Calif., are moving about the classroom, talking with friends or practicing letters. Others are drawing or looking at books in the reading corner.

Weller has fought hard to keep her classroom’s playhouse and its building blocks. “It was like Custer’s Last Stand,” she said when school administrators 15 years ago tried to remove the materials during a push toward more academic instruction in the younger grades.

Weller, who sits on the board of the California Kindergarten Association, now teaches transitional kindergarten, or TK at Bathgate Elementary School. Transitional kindergarten is the first year of a two-year kindergarten experience in California’s public schools. It is offered to a specific set of four-year-olds with birthdays between September and December. The program is now in its fifth year, and Weller says it has been “a blessing.”

In California and nationally, the expectations for what kindergarteners are expected to know and be able to do have been growing exponentially. Teachers say this places great pressure on children to meet academic standards that can be challenging for four- and five-year-old children.

Until 2011, California had one of the youngest kindergarten entry dates in the nation, which meant children started kindergarten as young as age four.

“The children who had the late summer and fall birthdays suffered greatly,” Weller said.  “These were children who in many cases have never been in school. They come to our classrooms never having held pencils, never having had formal time of being in a large group.” Many were also English language learners, she said.

She struggled to get students to perform on required tests that were six to eight months ahead of their abilities. These students, she said, needed time to catch up.

Transitional kindergarten was designed to help remedy this problem. A new state law in 2010 moved the kindergarten entry date back and created a new grade level to give the younger children an extra year in school to better prepare them for learning in the higher grades.

California children now must be age five by September 1 to enroll in kindergarten. Children who turn five between September 2 and December 2—who once would have been eligible for kindergarten—can now attend TK. In 2014-15, about 83,000 children were enrolled in TK programs, that’s almost two-thirds of those children who are eligible to attend.

So far, the experiment is working.

“We know that in its second and third year, TK really benefited children’s learning and better prepared them for kindergarten,” said Heather Quick, who is leading an evaluation of TK by American Institutes for Research (AIR). “The students who attended TK really had an advantage on entering kindergarten in terms of their pre-literacy, literacy, math skills, and their executive functioning,” she said. AIR’s evaluation showed that in some cases, that advantage put children three to five months ahead of their peers who did not attend TK.

In Weller’s classroom, students are not asked to sit still and listen for more than 12 minutes at a time. She emphasizes dramatic play and learning centers, where students rotate through activity stations around the classroom.

Advocates say they hope the program is here to stay and can be expanded to include all four-year-olds in the state. They beat back a recent effort by Governor Jerry Brown to collapse TK funding into a targeted early learning block grant—which would have made the program vulnerable to future cuts. The legislature also has agreed to allow districts to use local funds to open the program to even more four-year-olds. This year, Los Angeles Unified, the largest school district in the state, more than doubled its TK slots for incoming students.

Transitional kindergarten has, however, faced some serious implementation challenges, including making sure that all teachers have the early education training and structural supports they need to teach in the ways that are optimal for young children’s learning. The research shows not all classrooms look like Weller’s.

AIR found that overall “TK students spent nearly a third of their time in whole-group instruction, and the majority of instruction was didactic in nature, in which teachers provide information to students in a less interactive way.”

California does not offer a specialized early childhood license, so teachers in the K-12 public school system frequently have no early childhood coursework under their belts. The law requires TK teachers to earn an additional 24 units of early childhood education or child development coursework. In response, innovative training partnerships are popping up between school districts, local community colleges, universities, and county offices of education.

Brianna Brown, a new TK teacher in Oakland, said that the professional development offered through her school district and the California Preschool Instructional Network have been quite helpful for her.  But providing the right kind of instruction for her students inside her small classroom on her own has been challenging.

“We’re being expected to give small group, one-on-one instruction almost the whole day, but not really being given the resources or space or things that are required to be teaching in a small group kind of setting,” she said.

Scott Moore, who helped advocate for TK at its inception and now runs Kidango, said that despite its many benefits, TK introduces some inequalities into the system that the state must rectify going forward. As Moore points out, by offering an extra year of school to the children with fall birthdays, one-quarter of all children will have access to 14 years of public school and the rest will receive 13.

“These students were lucky because they were born in these four months,” said Brown. She wants the state to think now about how to “make this [extra learning] more accessible to all students.”

California’s dual system of programs for four-year-olds introduces other inequities as well. The California State Preschool Program for three- and four-year-old low-income children has smaller staff-student ratios, but teachers are paid less and often have less education than those in the public school system.

“The program for low-income kids gets less than half the funding per child than the program for everybody [who has a fall birthday],” Moore said in a 2015 interview.

In some cases, classrooms for TK and the State Preschool Program are right next to each other in a building, which magnifies the differences. Brown teaches in a dual immersion program at ​Manzanita SEED in Oakland’s Fruitvale neighborhood. This year the district moved the TK classrooms from the elementary school to the child development center on an adjacent campus.

“There’s a big staircase that we go up and down several times a day,” she said, “to go to assemblies and music class and lunch” while the class of California State Preschool Program students in the classroom right next to hers do not have access to these programs.

Recently, Debra Weller took her class of TK students outside on a spider web hunt. The children brought magnifying glasses and examined the fencing and bushes that surround their school. The students had read a series of books about spiders and Weller brought that vocabulary with them on the hunt and into the smaller classroom discussions and exercises that followed. What do spider webs looks like? Where do spiders build them? How strong are they? Did the students see actual spiders or eggs?

Experiential learning like this in a community like the one Weller has built in her TK classroom will help prepare these students for success down the line. This is the kind of curricular activity that Weller said would be much more challenging for a teacher to do without support and training in child development. Yet it’s the kind that works the best for younger learners.

“What made me want to go to TK ,” Weller said, “was knowing that I could teach again in a way I knew was appropriate for young children.”