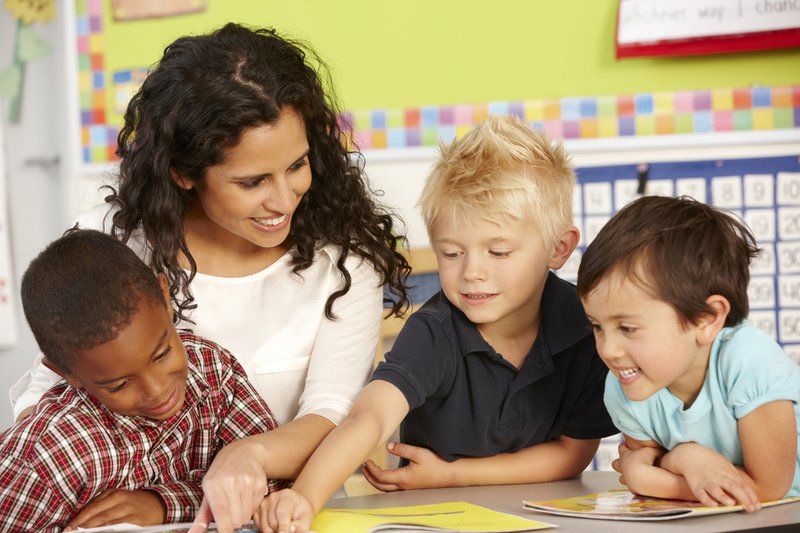 As children adjust to the norms of in-person learning after over a year of virtual learning, there might be increased occurrences of challenging behavior. Early childhood educators will need additional support to ensure children exhibiting challenging behaviors receive developmentally appropriate interventions.

Pre-pandemic data have revealed that children in the early grades are suspended and expelled from school at a disproportionate rate. In light of this disparity, states have been considering strategies like early childhood mental health consultation (ECMHC) as alternatives to exclusionary discipline, such as suspension and expulsion.

ECMHC is a preventative intervention that places mental health professionals in early childhood settings to work closely with educators to address problem behaviors. ECMHC typically take a holistic approach in that the consultants also work with families of children to increase their social-emotional health and provide community-based resources as well. A national scan found that ECMHC was available statewide in 11 states and available in some areas in an additional nine states.

Even though multiple states have established ECMHC interventions to curb their suspension and expulsion numbers, there has not been a large volume of rigorous studies done to evaluate their effectiveness. A recently published study conducted by the Yale Child Study Center is only the second statewide randomized controlled trial (RCT) to assess ECMHC in early education settings; a similar study was conducted in Connecticut in 2016 (RCTs are considered the “gold standard” for effectiveness research).

The intervention consisted of early childhood mental health consultants making six visits to the classroom, with each visit lasting approximately two hours. The consultants worked with the lead classroom teachers of the treatment group but not directly with the children. Classroom mental health climate was evaluated using the Climate of Healthy Interactions for Learning and Development (CHILD). Researchers used a variety of other measurements before and after the intervention to evaluate its overall impact, such as the Ohio State Teacher Efficacy Scale (OSTES) and Devereux Early Childhood Assessment for Preschoolers Second Edition (DECA-P2) to assess teacher efficacy and screen for child behavioral concerns, respectively. Child-level and teacher-level factors were measured using the Preschool Expulsion Risk Measure (PERM) which has been shown to predict the likelihood of a student being referred for expulsion with 80 percent accuracy.

The study found that both treatment children and non-treated peers showed statistically significant improvement in their social and emotional skills, such as self-regulation and self-initiation, after the mental health consultations took place. This is the first study to show positive outcomes of ECMHC intervention on both students targeted for the intervention and non-targeted peers from the same classroom. After the consultations, the researchers also observed changes in teachers’ perceived sense of control — teachers felt more equipped to handle challenging behaviors and hence were less likely to assign blame for challenging behaviors to the child or the child’s family. However, no changes were observed in the level of teacher job stress; this is interesting to note because teachers’ job stress is associated with lower quality care and education.

The researchers proposed that the mechanism through which ECMHC intervention reduced the occurrences of challenging behaviors in children was via changes in teachers’ locus of control and their increased self-efficacy which made them feel more capable of managing behaviors in the classroom without using exclusionary methods. And since teacher referral most directly leads to expulsion, significant improvement in teachers’ level of control can reduce the risk of student suspension and expulsion.

The similarities in the findings of the two RCT studies demonstrate the potential for ECMHC to make a substantial impact for children. Both studies found improvements in the social and emotional well-being of children who had prompted the ECMHC referral, as well as decreases in student aggression. Interestingly, there were no significant effects on the likelihood of expulsions or overall improvement in classroom mental health climate, as measured by CHILD. The lack of substantial impact on the likelihood of expulsion or classroom climate could be due to the length of the intervention or its rigor.

This study comes at a time when states are increasingly investing in alternatives to exclusionary discipline to ensure children can access quality education, especially when so many have missed out on crucial services needed for them to thrive due to the pandemic. There are a slew of states, such as Oregon, that have recently prohibited or limited suspensions and expulsions in the early grades while providing support for teachers. This study shows positive trends in increasing teacher control and social and emotional skills in all children, not just those that displayed behaviors their teachers found challenging. As more states begin to invest in ECMHC, further research should be conducted to determine exactly how this intervention should be designed to curb the use of exclusionary discipline and help young children thrive.