We Have a Discipline Problem in Early Ed. What Are We Doing to Help Educators Fix It? 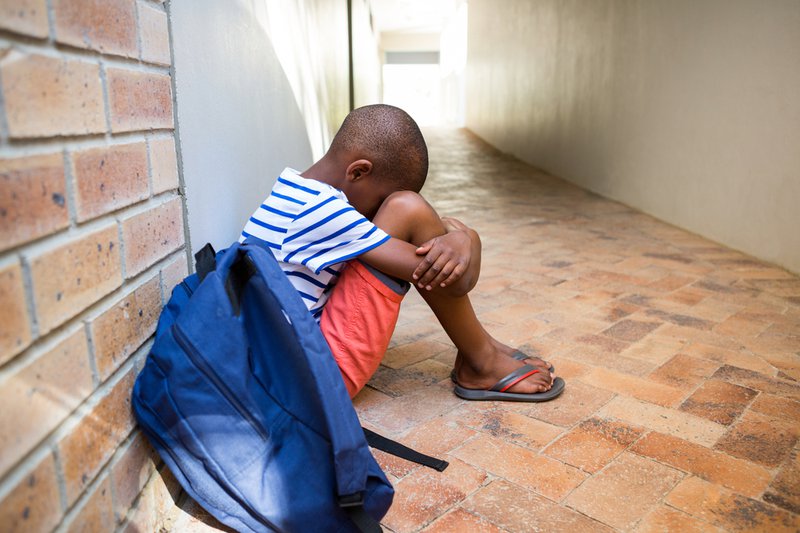 Many of us have seen the disturbing and heart-wrenching videos of young children being handcuffed, removed from their classrooms, and pleading to stay at school. It's no coincidence that most of these stories and videos are of Black children. While such moments are infrequently caught on camera, the data show that the way we discipline young children, and children of color in particular, is a nationwide problem.

Approximately 250 preschoolers (in both public and private programs) are suspended or expelled each day according to a 2017 Center for American Progress report . And last year, a joint statement from the National Association for the Education of Young Children (NAEYC), estimated that over 8,700 three- and four-year-old children are expelled or pushed out from their state-funded pre-K classrooms each year.

The US Department of Education’s Civil Rights Data Collection (CRDC) and Government Accountability Office reports have exposed serious equity implications, as certain subgroups, particularly Black children, boys, and children with disabilities, are disproportionately on the receiving end of exclusionary discipline practices. CRDC data found that in 2012, Black children made up 18 percent of pre-K enrollment and 48 percent of those suspended more than once. Across grade levels, boys are more likely to be suspended than girls, but racial disparities in punishment are more pronounced for Black girls than boys. These racial disparities exist in every single state. And while there are multiple data sources on pre-K and the early grades, there isn’t national data on discipline in child care settings, so we don’t know how infants and toddlers are disciplined.

Research shows that exclusionary discipline practices in the early grades are both ineffective and developmentally inappropriate. Children who are suspended or expelled lose out on valuable learning opportunities. Their emotional well-being may suffer, school might no longer feel like a safe place, and there can be long-term consequences. Under the Obama administration, the US Departments of Health and Human Services and Education released a joint statement that said, “Young students who are expelled or suspended are as much as 10 times more likely to drop out of high school, experience academic failure and grade retention, hold negative school attitudes, and face incarceration than those who are not.” And even though school is looking very different this year for many children, harsh discipline practices remain a problem in virtual learning.

School discipline has made headlines numerous times in the last few years. And some policymakers have taken action, enacting policies to limit the use of suspension and expulsion in pre-K and the early grades. According to the Education Commission of the States, 16 states and DC limit the use of suspension or expulsion by grade level, usually by banning it in pre-K and the early grades. There has also been some movement at the federal level. The updated Head Start Performance Standards ban expulsion and severely limit suspension. This was already common practice in Head Start, but it was codified in 2016. The 2014 reauthorization of the Child Care and Development Block Grant (CCDBG) added a requirement for states to report their policies around suspension and expulsion. No states fully ban these practices in child care, but lead agencies must at least offer child care providers information about appropriate discipline strategies.

Prohibiting suspension and expulsion in early education classrooms is an important goal, but policies must go further. Legislation or administrative changes need to be coupled with policies and resources that support the early education workforce in better addressing children’s challenging behaviors. Part of the reason that young children are removed from the classroom is because teachers or school leaders don’t have the knowledge, tools, or supports they need.

Program design and staffing decisions matter. For instance, a comprehensive report released last summer by the Bipartisan Policy Center (BPC) says, “Research finds that when teachers have access to an early childhood mental health specialist, suspensions and expulsions can drop by half.” Connecticut, often held up as an exemplar of how to thoughtfully curb suspension and expulsion, has focused on early childhood mental health consultation. Policies that impact teacher well-being, such as better compensation or adding a paraprofessional in the classroom, can also help. BPC explains, “programs with higher child-to-adult ratios and larger group sizes are associated with increased exclusionary discipline measures.”

Professional development for teachers and school leaders around implicit bias, culturally responsive teaching, classroom management, and social-emotional development are also important. Teachers and administrators may not be aware of their own biases or may not have the tools to discipline in appropriate ways. Children displaying challenging behaviors in the classroom are often channeling trauma or stress they are experiencing in other aspects of their lives. And the pandemic and current recession have created added new traumas for many children. Strengthening relationships with families and improving communication can help educators understand what’s going on at home. One longer-term solution is improving teacher diversity in pre-K and the early grades to better reflect the student body.

True change will only come about if teachers and school leaders are equipped with better training and resources. Thoughtfully designed policies and careful implementation can make this a reality.

In the coming months, New America’s Education Policy Program will be examining what supports are being put in place for teachers and schools that have recently limited or banned suspension and expulsion. We will be talking to administrators, early childhood educators, mental health consultants, and parents in states, districts, and programs to understand what’s working and where more support is needed. As Dr. Walter Gilliam, Director of The Edward Zigler Center in Child Development and Social Policy at Yale, has said, “When we’re talking about expulsion we’re talking about a civil rights issue...we’re talking about access--access to opportunity. Preschool programs are about access to opportunity.”