Tracking Outcomes from Age 3 to 35: New Results from the Chicago Child-Parent Centers 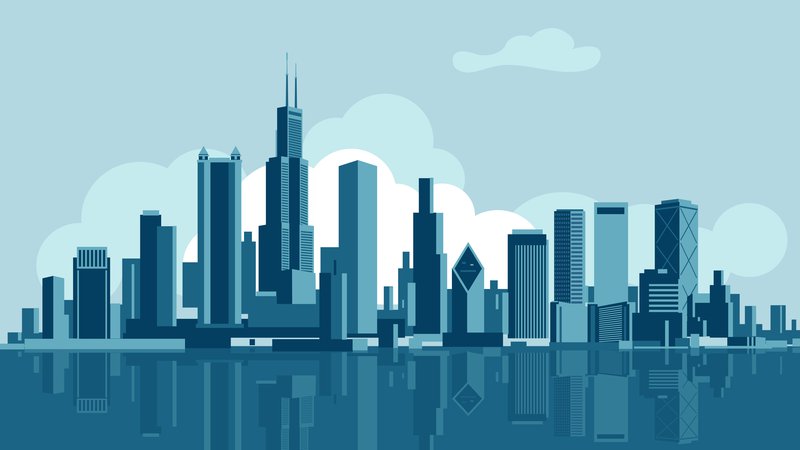 A new study, published in JAMA Pediatrics this month, on the Chicago Child-Parent Center Program finds program participants were more likely to earn post-secondary degrees than their counterparts who were not enrolled. The study is the first to examine a large scale PreK-3rd grade intervention and its effects on educational attainment through midlife.

The Chicago CPC program is an early education program for children ages three to nine from low-income neighborhoods that has a strong family engagement component. It has been the subject of many studies over the years, and in this particular report, the authors—Arthur K. Reynolds, Suh Ruu Ou, and Judy A. Temple—find a correlation between involvement in the program and postsecondary degree attainment.  The researchers assert that increased educational achievement is the most important benefit of early education programs because it influences so many other outcomes, like mental and physical health, economic prosperity, and rates of criminal behavior. Prior studies have shown other positive outcomes for participants along the way, such as improved math and reading outcomes.

At 35 years of age, according to the JAMA Pediatrics study, CPC participants had higher levels of educational attainment than a comparison group, which included children who were enrolled in another early education program like Head Start as well as those who did not participate in any early education program. Furthermore, participants who remained in the CPC program until at least second grade had a 48 percent higher rate of degree completion (an associate’s degree or higher) than the comparison group, which included both CPC participants who left the program after pre-K and non-CPC participants. While all populations benefitted from CPC participation, the most at-risk students (black boys and children of school dropouts) experienced the greatest gains.

These findings support the notion that quality early education produces powerful long-term effects. But the results of this most recent study on CPCs go further and show that continuing services into elementary school with a comprehensive PreK-3rd grade approach leads to significantly stronger gains than stopping after pre-K. Many early childhood advocates have called for continuity in the early grades to sustain the gains children make early on. In fact, an entire chapter on the importance of continuity in early education and how it benefits children was included in the Transforming the Workforce for Children Birth Through Age 8: A Unifying Foundation report published by the National Academies Press (to see the key takeaways from this chapter take a look at New America’s multimedia guidebook on the report).

There are several core strategies that make the CPC model unique: an aligned curriculum from pre-K to 3rd grade; required parental involvement; and a collaborative leadership team at each site made up of three professionals dedicated to teachers, parents, and the community respectively. Other elements include reduced class sizes, a balance of teacher and student-directed learning, and teachers who hold bachelor’s degrees and are state certified. A Head Teacher, part of the leadership team at each CPC site, provides coaching and other forms of ongoing professional development to CPC teachers. CPCs work with Chicago’s Erikson Institute, a renowned graduate school for child development, to create a quality curriculum that aligns pre-K to 3rd-grade teaching.

Another factor aiding in preK-3rd alignment, according to a MedPage Today article, is the requirement that all CPC pre-K classrooms are housed in the elementary school that CPC participants will attend for kindergarten. The transition to kindergarten is often accompanied by changes in staff, expectations, and environment, which sometimes causes unnecessary stress on children and families. Continuity from pre-K to kindergarten helps to bolster the advances made by children who participated in quality early education interventions. My colleague Aaron Loewenberg discusses the importance of creating smooth transitions between pre-K and kindergarten in his recent report. While simply housing pre-K in an elementary school does not guarantee educational alignment from pre-K through the primary grades, it does make it easier for teachers and leaders to communicate and collaborate. It also means children and families are familiar with the setting before kindergarten.

Parents are often described as children’s first and most important teachers, and as a 2016 report from the National Academies showed, parent’s impact is the most influential in a child's early years. CPCs recognize this and require 2.5 hours of parent involvement per week. Additionally, a Parent Resource Teacher supports parents through a multitude of resources, including workshops and home visits. The hope is that engaging parents in their child’s pre-K education brings about continued engagement through elementary school. While requirements for parental involvement can be beneficial for children, they can also be a hurdle if CPCs are to be scaled up further. Oftentimes low-income parents need to work long hours making it challenging to commit to such a substantial amount of time per week for program involvement.

A large part of CPCs’ success is dependent upon low-income students staying in the same school for four to five years, which can be a barrier to scaling up this model. Low-income families often struggle with immigration, homelessness, and other factors that may prevent their children from being able to attend the same school for that length of time. To implement the CPC model well, there needs to be commitment and coordination amongst teachers, school and school district leaders, and policymakers. This coordination can be an uphill struggle for some districts.

In the 2014 New America report After Winning, What?: An Inside Look at Four Winners of Federal Early Education Grant Competitions, Paul Nyhan wrote about the expansion of CPCs into Minnesota, stating that the key to expanding CPCs is to make the aforementioned core strategies adaptable. For example, parent engagement could take the form of a parenting workshop at one CPC site while at another site parents may want workshops that focus on furthering their own education. Generally speaking, CPCs need to be implemented by taking the core strategies and adapting those strategies to best fit the needs of the community the site is serving.

Another challenge to implementing CPCs, or a similar program, is finding funding. Chicago uses Title I funding to finance CPCs. Title I funds have always been available to help support pre-K programs but not many districts have taken advantage of this available capital. According to a report from the University of Maryland School of Public Policy, Chicago spent an estimated $8,000 (in 2018 dollars) per child per year for the two years of pre-K offered to CPC participants and less than $3,000 per child per year from kindergarten through third grade. In a cost-benefit analysis published in 2002, researchers led by Arthur Reynolds, professor in the Institute of Child Development at the University of Minnesota, found that Chicago’s CPC pre-K program had about a $10 return (in 2018 dollars) to society per dollar invested and just under a $10 return per dollar invested in participants that stayed through third grade. These calculations take into account tax revenues from increased economic prosperity, lower rates of grade retention, and reductions in criminal behavior.

Despite the evidence that the CPC model benefits not only participants, but also society at large, Chicago CPCs have not been impervious to funding cuts. In 2009, as New America described in a blog post at the time, severe cuts led to a decline in enrollment in Chicago CPCs to 670 students, less than half of what enrollment once was. Chicago has started to rebuild their CPC program with what was described in the local news as a controversial $17 million social impact bond. But while successful early education interventions are often holistic, policymakers continue to trim parts of programs they deem nonessential and demand the same results. Many of the cutbacks removed bits and pieces of the program but as Reynolds warned in New America’s 2009 post, “If we water down the programs, we can’t get these results.” This new study shows Chicago CPCs produce long-lasting benefits for its participants, but reliable investment is the only way Chicago can continue to produce these effects.