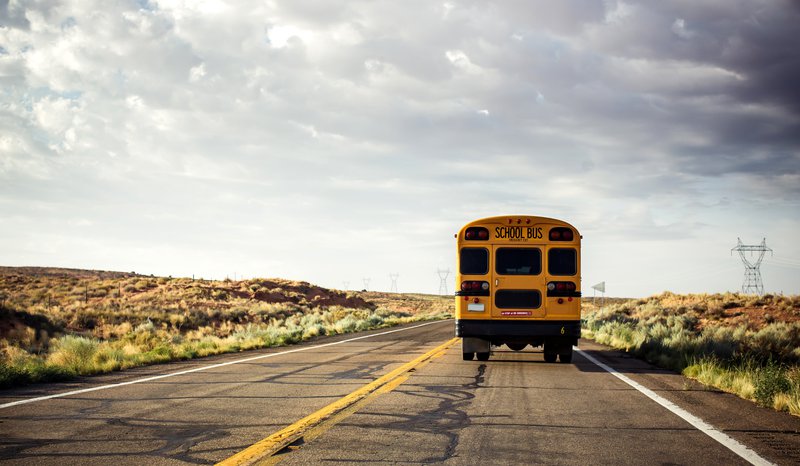 The public largely agrees on the importance of expanding pre-K for our youngest learners. A 2014 Gallup Poll showed that 70 percent of Americans favor expanding funding for pre-K, and policymakers in many states have responded accordingly. In 2014-2015, 42 states and DC spent a combined $6.2 billion on state pre-K programs, representing a ten percent increase from the previous year.

Why then, are only 43 and 66 percent of American three- and four-year-olds, respectively, enrolled in pre-k programs? In addition to limited funding, there is also no clear guidance available to policymakers who wish to build high-quality pre-K systems at scale. A new report from the Learning Policy Institute, The Road to High-Quality Early Learning: Lessons From the States, begins to fill this knowledge gap by examining how four states - Michigan, West Virginia, Washington, and North Carolina - have constructed what many say are high-quality pre-K programs and brought them to scale.

The researchers chose these four states for their diversity across spectrums of quality, scale, demographics, and geopolitical context:

West Virginia offers universal pre-K to all four-year-olds, and also to three-year olds with identified special needs. Pre-K is funded by general school aid dollars and enrolls 75 percent of all four-year-olds. This is something my New America colleagues have called for as a way to generate more stable and sustainable funding for pre-K. The state gives communities strong local control, so programs vary in design and evaluation methods across counties.

While Washington’s program is the smallest, reaching only 17 percent of four-year-olds, it offers the most comprehensive services. Modeled after Head Start, the program takes a whole child approach, including medical, dental, and nutritional support to a targeted group of the state’s most vulnerable children. The program also provides intensive coaching for teachers and caregivers and home-based services for younger children.

The differences between these programs show that there is no single blueprint for success. However, while programs look different and leaders took varying paths to establish and implement their programs, there are shared commonalities. The Learning Policy Institute identified five key lessons for others that wish to expand their own pre-K offerings.

Each of the states has made it a priority to invest in quality. They use methods that allow for evaluation, reflection, and adjustment. Three states have developed QRISs that hold providers to common statewide program standards. West Virginia allows for more local control and relies on individual counties to develop their own processes.
The states have also been proactive in engaging outsiders to evaluate their programs. An evaluation of Michigan’s GSRP demonstrated that participants were better prepared for kindergarten, did better in math and reading, and graduated on-time from high school at a rate nearly 15 percent higher than non-participants. Washington’s program has also demonstrated impressive outcomes. An evaluation by the Washington Institute for Public Policy showed that the state’s pre-K students’ reading and math gains lasted through 5th grade. North Carolina’s Smart Start and NC Pre programs reduce special education placements by a combined 39 percent. However, North Carolina’s ECE programs have received less state funding in recent years, raising the question of whether the state will be able to produce these results in the future.

2. Invest in Training and Coaching

To develop quality educational environments for children, the states have identified the benefits of developing a strong pre-K workforce. All four states require lead teachers to have degrees with an emphasis in ECE or a related field. However, they phased in these requirements for teachers and provided financial assistance to limit the burden on current providers. West Virginia created an apprenticeship program, offered online classes for those in rural areas, and phased in pre-K over a 10 year period. North Carolina awards T.E.A.C.H. scholarships and WAGE$ subsidies for teachers who attain additional education. T.E.A.C.H. scholarships, which originated in North Carolina, are now available in 21 other states. Three of the states also provide specialized coaching. For example, Michigan provides all GSRP teaching teams with an early childhood specialist who offers onsite improvement support. The specialists work with no more than 15 teaching teams and must have graduate degrees, five or more years of relevant experience, and specialized professional development.

3. Coordinate the Administration of Birth-Through-Grade-3 Programs

Pre-K is a vital part of the continuum of learning from birth through third grade. Creating strong pre-K systems that interact seamlessly with traditional K-12 systems can help ensure that children are prepared to succeed in future years of schooling. These four states have worked to facilitate this type of coordination by housing ECE agencies within other public departments serve children. West Virginia is able to share data fluidly between pre-K and K-12, allowing the state to design assessment, health, and attendance programs that consider the needs of the youngest learners.

It can be difficult to muster the capital to provide pre-K amongst competing priorities, and leaders in these four states have become experts at locating and creatively allocating a variety of funding sources. For instance, Michigan combines funds to operate programs where the first half of the day is paid for by the state, and the second half is paid for by federal Head Start dollars. In West Virginia, the state provides one-third of the funds for pre-K and the remainder comes from a combination of Head Start, TANF, Title I, and other sources.
States have also become adept at leveraging monies from public-private partnerships. Washington, home of the Gates Foundation, utilized a one-time investment to pilot coaching systems and the state's QRIS, also leveraging its federal Race to the Top Early Learning Challenge (RTT-ELC) grant. North Carolina and Michigan also used federal RTT-ELC dollars to expand their QRIS.

All of these states arrived at their current systems through arduous processes of coalition building. They used a combination of research-based and emotional arguments to persuade voters, business leaders, foundations, politicians, and philanthropists to support pre-K. For instance, the argument for a strong return on investment convinced business leaders in Michigan. Evidence of crime reduction swayed police officers in North Carolina. All of the states won over parents and families by offering choice from a portfolio of providers. In each of these states, there was a strong political champion. Legislators and executives alike made early education a priority in their legislative agendas in order to make the investment happen.
These four states have succeeded despite the challenges our current non-system of early childhood education presents. Each state is attempting to build its own system that adequately serves its youngest learners. However, the lack of financial resources creates a chasm between the current conditions of pre-K and the ideal conditions that policymakers at all levels should be focused on achieving.

West Virginia has a universal system, but the state was only able to afford it because its implementation was synchronized with decreasing K-12 enrollments. The state replaced declining enrollments with a cohort of four-year-olds, hardly a model for other states. Washington -- the program that touts the strongest data to support its quality -- is currently wrapped up in a multi-billion dollar K-12 lawsuit that puts the future of pre-K in jeopardy. Michigan, which has creatively split the bill between state and federal funding sources, operates some learning environments where classrooms are segregated based on income. The burden of reporting to multiple agencies unintentionally causes administrators to separate students based on the source of their funding -- Head Start, Great Start, or tuition paying -- raising concerns over ethics and equity. All states want to grow and develop their workforce, but North Carolina is the only one of these four that requires lead pre-K teachers in public schools to be paid equally to their K-12 counterparts. Again, the state faces funding challenges that place limits on the expansion of the program.

There is great work happening with respect to pre-K in these four states, and others. At the same time, there is more to be done to sustain and build upon existing pre-K initiatives. Reliable, sustainable, and in many cases additional funding will be needed to build strong state pre-K systems. Looking forward, policymakers must move away from funding pre-K through a patchwork system, and towards a model that includes all three- and four-year-olds in our concept of public education.