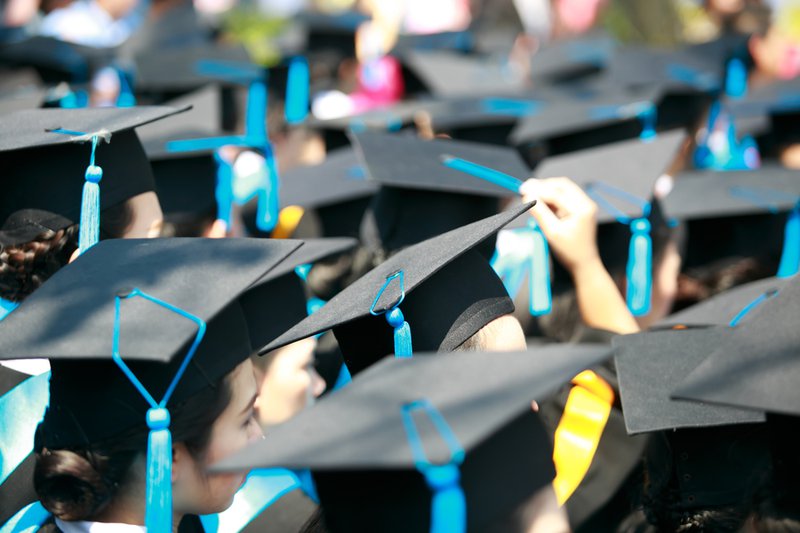 This week, Rep. Bobby Scott (D-VA), chair of the House education committee, released the College Affordability Act (CAA), a comprehensive (1,200 page) bill to reauthorize the Higher Education Act. The bill is similar in many areas to the Aim Higher Act, Chairman Scott’s 2018 reaction to House Republicans’ PROSPER Act. But some of the biggest differences—and significant improvements—come in the form of greater accountability for colleges and universities.

Rolling Back the Rollbacks

The bill directs the Department to reinstate a gainful employment regulation that assesses the debt graduates take on for a for-profit or certificate program relative to their earnings and eliminates access to taxpayer-financed federal aid dollars for the lowest-performing programs. And it closes a gaping loophole in the 90-10 rule, which requires for-profit colleges to find at least 10 percent of their revenue from non-federal aid sources—but excludes veterans’ and servicemembers’ education benefits from the count of federal dollars, leading for-profits to aggressively recruit and target military members. The CAA would add all federal dollars to the count, and restore the threshold of 85-15 percent in place of 90-10.

The CAA builds on one of the few accountability tools the federal government has, the Cohort Default Rate (CDR)—which measures the percentage of students who default on their loans within three years. One of CDR’s biggest flaws is that students in forbearance and deferment are excluded—a loophole institutions love to exploit—and is especially true for long-term forbearances who usually end up in default after the CDR window. The CAA addresses this and creates the “Adjusted Cohort Default Rate,” or ACDR, which counts borrowers in long-term forbearance as defaulting. It also accounts for the percentage of students who borrow. If their ACDR exceeds 20 percent for three consecutive years, 15 percent for six consecutive years, or 10 percent for eight consecutive years, institutions are at risk of losing access to federal student aid. This is lower than the current CDR threshold at which institutions lose their aid eligibility, but the consecutive year requirement means that institutions could skirt accountability if they’re over the threshold for even one year.

While defaulting is the worst case scenario for students, the lack of default doesn’t mean that all is well. The CAA recognizes that and creates a higher threshold for success: an “on-time repayment rate.” This measures the percentage of students who have paid at least 90 percent of their monthly payments over three years. Borrowers in deferment due to unemployment or economic hardship are not counted as being on-time, while those enrolled in school or in active duty military service are counted as on-time. The Secretary of Education would establish a threshold and institutions would lose Title IV eligibility if their on-time repayment rate falls below that threshold. The Secretary would then evaluate the instructional spending to determine if an institution is saddling students with debt but not investing in their instruction. If the institution fails the on-time repayment rate and spends less than a third of its revenues from tuition and fees on instruction, the Secretary can revoke its aid eligibility.

Taking on the Triad

The CAA raises the (exceptionally low) bar for states. Whereas current law and regulations require only that colleges verify their states have approved them and that the states have a complaint process in place, the CAA beefs up states’ role. That includes a few new baseline expectations like setting policies for colleges’ facilities and around program length relating to state licensure requirements, both currently accreditors’ responsibilities. Already, the vast majority of state authorizing agencies have policies in these areas. Making this a basic requirement for all Title IV institutions will ensure greater consistency. The bill also requires states to share data on student complaints—often a harbinger of problems and quality concerns at an institution—with the Department, relevant accrediting agencies, and states.

For accreditors, the bill proposes some important improvements. Accreditors would be required to look at student outcomes—a significant shortcoming of the current system, in which accreditors pay little attention to how students fare in graduating from school and landing well-paying jobs. Accreditors will pick the metrics they use from among a set of commonly defined metrics, set the threshold where they like, and use different standards for different types of institutions within the agency’s portfolio (provided those different types aren’t based strictly on student demographics or institutional sector). Despite the considerable leeway afforded to agencies in the bill, they’ll have to defend those choices to the Department and NACIQI, an independent advisory committee that reviews accrediting agencies and makes recommendations to the Department.

Accreditors would also be on the hook for requiring teach-out plans from colleges when they experience risky events (like failing the Department’s financial responsibility test or a probation action from the accreditor itself), filling a gap that currently exists. The bill doesn’t, however, go as far as some negotiators urged during a recent rulemaking. That proposal would also have required teach-out agreements—real, live partnerships with other institutions that could take over in the event of closure, rather than just vague plans—in response to the most serious events.

And the bill calls for some new accreditor transparency. Agencies would have to agree to use common terms and actions for sanctions they pin on colleges, reducing confusion. As with states, the bill would require information-sharing about student complaints across the triad, with accreditors forwarding relevant complaints to states and the Department in addition to investigating them directly. And the Department would continue to publish annual performance data on each accreditor's portfolio, as it currently produces for NACIQI. But the bill stops short of asking for the low-hanging fruit of accreditation reform: having the Department collect and publish all final accrediting materials, including decision letters, site visit reports, and more.

In the Department of Education’s corner of the triad, the bill requires improvements to the financial responsibility metrics used by the Department. Namely, the Department would have to rewrite the score to better reflect schools’ financial circumstances (albeit through the industry-dominated negotiated rulemaking process); would require institutions to submit financial statements if their financial conditions materially change; and would require reporting and financial protection—in some cases mandated automatically—in the face of high-risk events like lawsuits that could hurt the school’s financial viability, certain state or accreditor actions, and approved borrower defense claims.

The bill also gives the Department additional juice for enforcement work. For instance, the Office of Federal Student Aid itself will be held to new goals, including to improve outcomes of institutions; and will be required to ensure greater transparency into its operations and students’ complaints. An enforcement unit—like the one created by the Obama Administration—will be re-formed and tasked with investigating violations of federal law and recommending sanctions directly to the Secretary. And some new tools are added to the Department’s repertoire for enforcement against institutions. “Secret shopper” language, for instance, will up the agency’s game in rooting out fraud and abuse of the federal aid programs, including aggressive and illegal recruiting behaviors. And increased financial penalties will deter institutions from engaging in the kinds of substantial misrepresentations that have led borrowers to file over 200,000 claims to date.

But while the House Democrats’ proposed legislation does make improvements to increase accountability, it’s two steps forward and one step back. The bill extends access to Pell Grants for programs that are as short as eight weeks—even non-credit programs, which lack the basic oversight applied to credit-bearing programs by states and accreditors—without a clear federal standard to ensure those programs pay off for students or taxpayers. Short-term programs (as short as 15 weeks) are already eligible for Pell. But despite evidence of very poor earnings from many short-term programs, this legislation would radically expand Pell Grants to those low-earning field. This would particularly affect low-income students, women, and students of color who are most likely to enroll in short-term programs. The bill does limit eligibility only to public and nonprofit colleges, cutting out (at least for now) the for-profit sector. And, it simply requires institutions to exceed a wage benchmark (one the institutions pick) based on local, state, or national earnings for all adults with a only high-school diploma. By our calculations, this can be lower than $18,000. But making $1 more than the average high school graduate is probably not what students are signing up for. And, it’s not the promise of the Pell Grant program, which is to help propel low-income students into the middle class. The CAA also allows students with a bachelor’s degree to access short-term Pell, again diverting money from low-income students who most need the boost promised by higher education. Allowing degree holders to access these dollars would also inflate earnings information from these programs, since it will lump together those with and without degree—which would be seriously misleading for students and policy makers who see these as well-paying alternatives to two or four-year degrees. We’ve been here before and realized the dangers—Congress itself prohibited Pell Grants from going to extremely short (less than 15 weeks) programs in 1992 after a wave of abuse and poor outcomes. Congress should consider the equity implications of this massive expansion. But if they are dead set on forging ahead, they should at the very least test out these programs—and determine appropriate earnings-based accountability mechanisms—through a demonstration program.