Lost Connections: Tech Use Among Young Kids in Silicon Valley 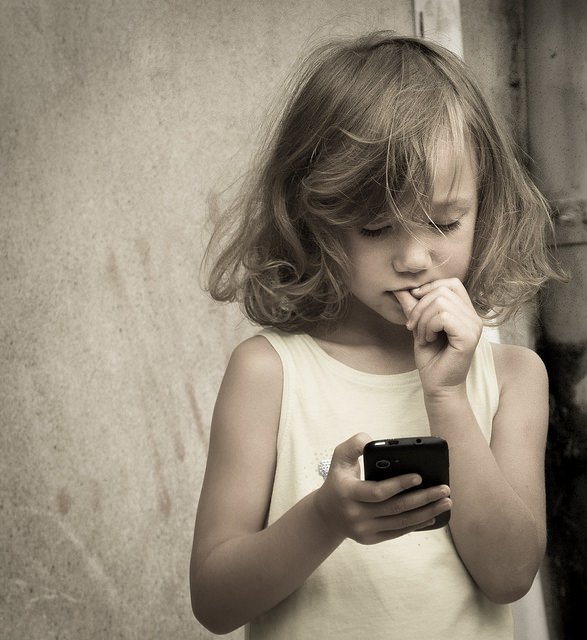 Even in Silicon Valley, the epicenter of online innovation, families with young children are experiencing a digital divide. Hispanic families in particular saying that they experience slower connections, more data limits, and more broken computers and devices than their white and Asian-Pacific Islander counterparts. More than 80 percent of educators in the area’s high-need schools say that they are not assigning homework that uses digital media because they worry that families do not have access at home.

And mixed feelings about the benefits and harm of technology and digital media permeate the community.

Those are among the findings of a new report, Lost Connections in a World of Connectivity, from the Silicon Valley Community Foundation’s Center for Early Learning, with research support from  New America and the Joan Ganz Cooney Center at Sesame Workshop. The intent was to gather information that would help address questions of technology use, attitudes, and access among families with young children and educators in pre-K through third grade across the three counties of San Francisco, San Mateo, and Santa Clara.

Calling the topic a “natural fit for Silicon Valley,” the report suggests that community members and innovators should “lead the way in ensuring that digital media and technology designed for young children considers optimal child development and promotes, rather than hinders, equity in school readiness and learning.”

The report is the first in the country to look at young children’s technology use comprehensively at the local level, probing different parts of the early learning ecosystem within the same one-year time frame. It includes results from an online survey of 907 parents and 617 teachers and child care workers, focus groups with public librarians, and two “community conversations”—meetings hosted by the center to elicit comments and questions from parents and other family members. The survey cut across the early childhood age span, from birth through age 8, capturing information on how parents and teachers view technology in child care settings, pre-K and other early learning settings, and the early grades of elementary school.

To ensure that the study included families from a range of economic, racial, and ethnic backgrounds, survey respondents from the three counties were drawn from a national opt-in research panel that is designed to ensure representation of different socio-economic groups. The survey was conducted in Spanish and English.

Some highlights from the report that reflect problems with equitable access:

“I have watched kids in the library type full papers on smartphones,” said one of the participants in the community conversations. “With the increase in rent, more people I know, including me, have to cut off our Internet,” said another.

The report also brings to the surface some of the unease that parents feel when it comes to technology use, as well as the divide between educators of very young children and those who work in the K-3 grades. The results from the survey show a level of nuance and mixed feelings across parents and educators, some of which are in conflict with each other. It finds:

One of the participants in the community conversations said: “I’m really concerned about how technology affects other skills. I see my friend’s kid who can use the tablet better than his mom at age 4 but still cannot hold a pencil.”

The report used focus group conversations with public librarians to gain a sense of how children’s librarians and other library professionals see themselves in the Silicon Valley ecosystem. “Librarians uniformly agreed that the most important role they can play is to help parents navigate the use of technology with their child,” the report says. “However, nearly all of the librarians state that they are not currently prepared to adequately step into that role.” It adds that intentional communication between the area’s public libraries and local elementary schools “is rare, let alone specific to early learning technology.”

Twelve recommendations to solve these problems are laid out at the end of the report, including a push for librarians to be part of state advisory councils and considered key stakeholders in determining recommendations for children’s use of technology. It also promotes the importance of professional learning for educators across the age spectrum so that they can use technology in developmentally appropriate ways and engage parents in conversations about what is best for their children at home.

Fixing these disconnects and other equity issues raised by the Silicon Valley report is among the aims of a broader project underway at New America and the Cooney Center about the role of technology in early learning and family engagement. Last spring we published How to Bring Early Learning and Family Engagement into the Digital Age: A Guide for City and Community Leaders, which suggests four action steps communities should take before jumping into technology purchases or implementing new family engagement plans. The first was to take stock of family engagement offerings and online connectivity with an eye toward equity and diversity.  The results from this three-county research project are a good example of how communities can take a comprehensive look at what is happening around them and open up new conversations about what parents and educators need.

For more, listen to the Silicon Valley Community Foundation podcast released last week in which I talk about the local survey results and national trends with Michelle Siosan-Hyman, senior officer for the foundation’s Center for Early Learning.