From the Archives: Predatory Lending at Sallie Mae 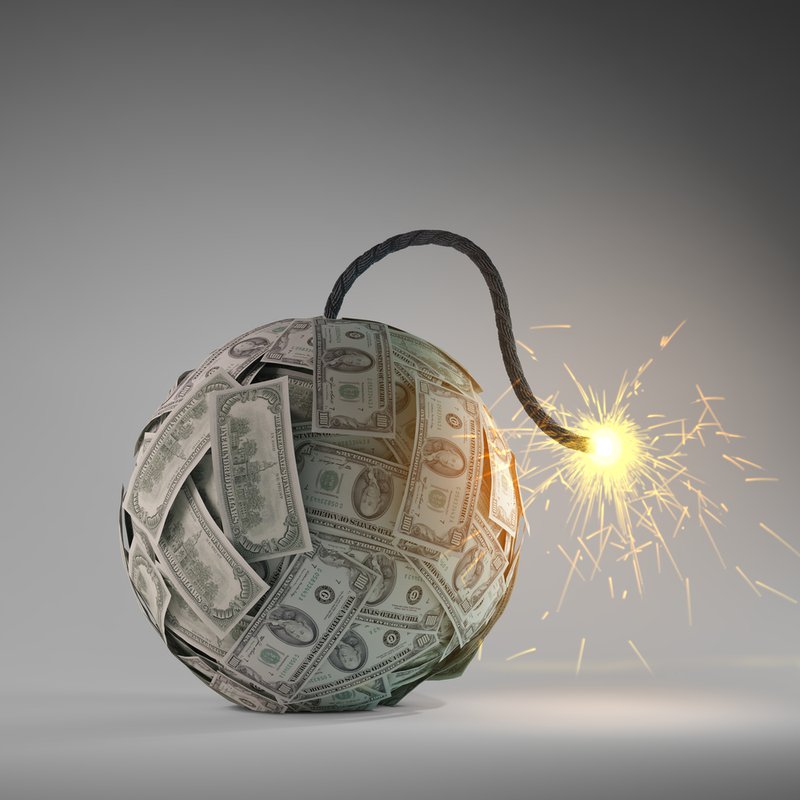 This week, The New York Times had a cover story about lawsuits that the State Attorneys General in Washington and Illinois have filed against Navient, the private student loan company formerly known as Sallie Mae. These lawsuits accuse the corporation of having made subprime private loans to for-profit college students even though it knew that most of these low-income and working-class students would never be able to pay them back. This is a subject that I’m quite familiar with, as I've written repeatedly about Sallie Mae's predatory lending practices since I joined New America in 2007. In the interest of providing more background on this issue, here are some key pieces I've written about the subject over the years. (Editor's Note: The links included in posts from our former blog Higher Ed Watch no longer work.):

“Class Action Lawsuit Challenges Sallie Mae’s Subprime Lending Practices” (3/20/08): In this Higher Ed Watch post, I wrote about a lawsuit that Sallie Mae shareholders brought against the company. In the lawsuit, the shareholders argued that the student loan giant had “misled them about the amount of risk the company was taking on in pushing high-cost private loans on subprime borrowers attending poor-performing trade schools.”

“Blind-Sided at Sallie Mae?” (3/25/08): This post took issue with Sallie Mae’s response to the shareholder lawsuit in which the company claimed it had been “blind-sided by the rising default and delinquency rates on the subprime private loans they were making to students at poorly-performing for-profit colleges.”  The post explained how Sallie Mae’s subprime “Orwellian-sounding Opportunity Loan program” worked. “In deals with the largest for-profit college chains, Sallie Mae agreed to provide private student loans, with interest rates and fees totaling more than 20 percent per year, to financially-needy students who normally wouldn't qualify for them because of their subprime credit scores,” I wrote. “Sallie Mae apparently viewed these loans as ‘loss leaders,’ meaning that the company was willing to make these loans, many of which were likely to go into default, in exchange” for becoming the exclusive provider of federal student loans to the tens of thousands of students at these companies’ schools.

“Subprime Student Loan Racket” (Washington Monthly’s November/December 2009 issue):  In this Washington Monthly article, I aimed to show the human cost that Sallie Mae’s subprime lending practices were having on students who often left these for-profit schools with mountains of debt but without the training they needed to become gainfully employed. “Sallie Mae clearly understood that these private loans were going mostly to subprime borrowers who might not be able to pay them back,” I wrote. “In 2007, Senate investigators uncovered internal company documents showing that executives expected a staggering 70 percent of its private student loans at one for-profit school to end in default.”  I argued that “the appalling treatment of disadvantaged students at the hands of proprietary schools” and unscrupulous lenders like Sallie Mae “ought to be a national scandal.”

"Class Action Lawsuit Against Sallie Mae Gets New Life" (10/12/10) In this post, I wrote about how the shareholder lawsuit, which a federal judge had allowed to move forward, alleged that Sallie Mae officials had doubled-down on their subprime lending strategy to raise the corporation’s value at a time when they were putting the company up for sale. To mask the amount of risk they were taking on by lending high-cost private loans to low-income students at shady for-profit schools, Sallie Mae allegedly pushed thousands of delinquent borrowers into forbearance.” By doing so, “they could ensure that delinquent borrowers would not default on their loans until after the buy-out deal was completed and ownership had changed hands.” The lawsuit argued that the strategy was ultimately harmful to the borrowers because interest continues to accrue on loans in forbearance. As a result, their loan debt ballooned, making it even harder for them to pay off.

"Sallie Mae’s Lame Defense" (10/14/10): In this Higher Ed Watch post, I disputed the company’s claims in its response to the shareholder lawsuit that its leaders had been “unsuspecting victims of a consumer credit tsunami that caused unprecedented numbers of its student borrowers to default." Instead, I highlighted statements that company officials had previously made in which they acknowledged that they had “acted incredibly irresponsibly (which, as we see here, they have readily admitted) and put extremely vulnerable borrowers in jeopardy.”

In 2012, Sallie Mae agreed to settle the shareholder lawsuit for $35 million, without admitting any guilt for their predatory lending practices. As I wrote at the time, Sallie Mae “essentially gets off scot-free ($35 million is hardly even a wrist slap for a company that holds nearly $140 billion of federally guaranteed student loans), many of these borrowers will be stuck with this debt hanging over them for the rest of their lives.” Hopefully, the Attorneys General in Illinois and Washington won’t go so easy on the giant student loan company now known as Navient and will force it to provide real relief to its unfortunate victims.