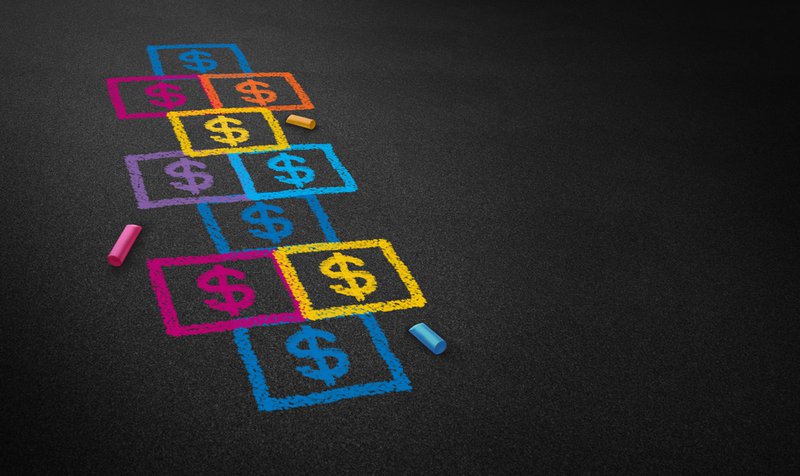 Talk to child care center directors around the country and you will often hear a story that goes something like this: The center had a fabulous teacher who was passionate about working with young children and had a natural connection with them. The center director supported this teacher as she earned her bachelor’s degree, taking classes at night after long days with the children and studying on weekends. The director hoped that the teacher was gaining new knowledge and skills to make her even more effective in the classroom. But soon after earning her degree, the teacher, who now had greater access to higher paying job prospects, left to work in the local public school system.

While disappointing, this decision rarely comes as a surprise to center directors who know teachers can earn significantly more money working for a school district. The increasing education requirements in the early childhood education (ECE) field, combined with the persistently low wages, can make maintaining a high-quality workforce very challenging. It’s impossible to provide high-quality early care and education without a high-quality workforce, and child care centers lose talented teachers all the time because they cannot pay them enough.

A recent report from Bellwether Education Partners, The Best Teachers for Our Littlest Learners? Lessons from Head Start’s Last Decade, discusses how changes in the ECE workforce have impacted Head Start. As the nation’s largest pre-K program, Head Start serves almost one million children from low-income families. In its 2007 reauthorization, Congress mandated that 50 percent of Head Start teachers earn a bachelor’s degree with specialized training in ECE by 2013. Without any additional federal funding to meet the BA requirement, the workforce exceeded this goal before the deadline, and by 2015, 74 percent of Head Start teachers had earned their degrees.

This policy change intended to improve program quality, as there is substantial research showing that higher education attainment is associated with higher quality care and better outcomes for children. While teaching quality is difficult to measure, some data suggest that it has improved since the reauthorization. As lead author Marnie Kaplan explains, “Data from the Head Start Family and Child Experiences Survey, which collects information on student and teacher demographics, classroom quality and children’s learning from a national sample of Head Start classrooms, show statistically significant improvements in the quality of instruction over the past decade.”

It’s not surprising then that as more Head Start teachers have earned BA’s, more have left the program. Turnover is a big problem in the early education field in general. In 2015, 16.5 percent of Head Start classroom teachers left during the school year. The percentage of teachers who waited until the school year ended was likely higher. Low compensation is a primary reason teachers give for leaving. Losing teachers, especially in the middle of the year, means less consistency for children and more work for center directors.

Not all Head Start grantees are the same. While all Head Start providers follow uniform performance standards, there is significant variation among grantees both across and within states. National-level statistics can be deceiving for this reason. According to Bellwether’s report, some types of grantees have been more successful at employing teachers with BA's than others. As depicted below, the vast majority of Head Start teachers in public school systems have BA's, while less than half of those working with tribal governments do. School systems usually require a BA for all lead teachers and are often able to pay higher than other settings.

Bellwether also explains how state infrastructure for early childhood education at large impacts the Head Start workforce. When the BA requirement was instituted in 2007, most universities didn't offer BA's in early childhood. States with established pre-K programs that require teachers to hold BA's may have more higher education options and supports for Head Start teachers seeking degrees. Six of the top ten states with the highest percentage of Head Start teachers with BA's also require state pre-K teachers to have BA's. Analyzing Head Start data within the broader state ECE landscape can shed light on disparities between states.

While salaries are low across the board, they do vary based on location and type of provider. State-level salary data doesn't show local variation, but it can still be helpful to understand the state’s ECE system. It’s hard to ignore the discrepancies in average salaries between states-- ranging from $21,638 in Mississippi to $46,046 in New Jersey. DC is an outlier at almost $80,000 for a lead teacher. (DC is able to pay Head Start teachers so well because providers combine Head Start funding with substantial district funding, an option that providers in other states don’t usually have.) It’s not surprising the DC has one of the lowest turnover rates for Head Start teachers.

It’s also not surprising that teacher turnover is highest in states “with large disparities in compensation between Head Start teachers and public elementary school teachers.” It’s difficult to keep degreed teachers in Head Start when they can make twice as much doing a very similar job elsewhere. Unfortunately, many centers are running on extremely tight budgets and can't offer higher compensation. Head Start providers do technically have the flexibility to pay teachers more, but then they would have to serve fewer children. It’s a tradeoff that few centers are willing to make. It will take additional federal funding dedicated specifically to increasing teacher salaries so that providers can pay teachers more without significantly reducing the number of children served.

While higher education requirements might lead to better education and care for children, the Head Start data show how they can make it more difficult to recruit and retain teachers. This problem is not limited to Head Start. As more states work to fulfill the National Academy of Medicine’s recommendation that all lead teachers of children birth to age eight have BA's and specialization in early childhood, meeting the growing demand for qualified teachers will only become more difficult if compensation, salary and benefits, is not also addressed.