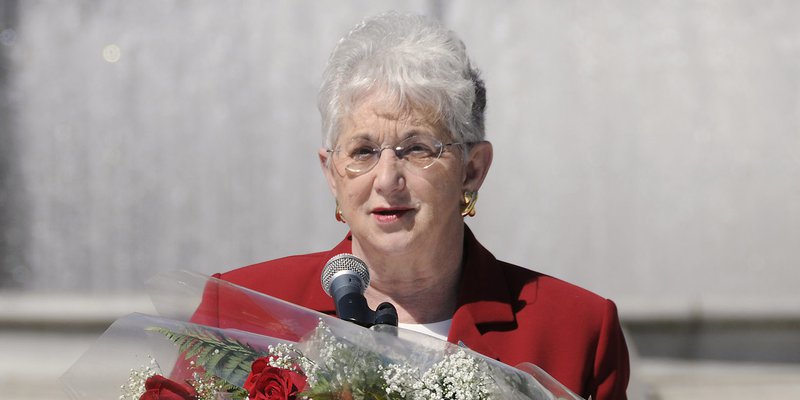 The Republican Party’s stance on for-profit higher education is similar to the one it has taken on climate change. Despite voluminous evidence that a significant share of for-profit colleges have defrauded students and taxpayers, Republican lawmakers refuse to acknowledge that there have been any problems. The G.O.P. has become, over the past two decades, a party of for-profit-college-abuse deniers.

The lawmaker who appears to be most in denial is Rep. Virginia Foxx, the North Carolina Republican who is now in charge of the House Committee on Education and the Workforce. Speaking to Inside Higher Ed in November, Foxx said that she wasn’t aware of any evidence that for-profit college students have been defrauded. Of course, you’re not going to see any evidence of abuse, if you turn a blind eye towards it.

Republicans have not always taken a see-no-evil and hear-no-evil approach to the for-profit higher education sector. As our colleagues at the Century Foundation wrote last week, “Republicans, including those in the White House, frequently took more aggressive steps than Democrats to protect students and taxpayers” from sham for-profit schools in the past.

The Eisenhower administration, for example, conducted an investigation in the mid-1950s into for-profit trade schools’ exploitation of the original G.I. Bill. In the 1980s, President Reagan’s Education Secretaries Terrel Bell and Bill Bennett (now a big supporter of Donald Trump) championed efforts to bar schools with high student-loan default rates from participating in the federal student loan program. And in the early 1990s, Republican Senator William Roth joined forces with Democratic Senator Sam Nunn to lead a high-profile, bipartisan investigation into for-profit schools’ abuses of the federal student aid programs.

In contrast, when the Democratic Senator Tom Harkin led a similar investigation into for-profit college abuses in 2011, the Republican members of the Senate Health, Education, Labor, and Pensions (HELP) Committee staged a walk-out of a hearing, complaining that he was conducting a witch hunt.

So what changed in the 20 years between the Nunn and Harkin investigations?

The answer is that the for-profit higher sector transformed itself. The old generation of mom and pop trade schools died off, and by a new breed of for-profit colleges – mostly huge, publicly traded corporations – began to dominate the industry. These corporations were not only much larger, serving tens of thousands of students, if not more, but they also had much deeper pockets than their predecessors, allowing them to shower campaign money to their supporters on Capitol Hill.  At the same time, the Republican Congressional leadership began the infamous “K-Street Project,” rewarding industries that were generous to their members. Republican lawmakers who pushed legislation to deregulate these giant for-profit college companies were richly rewarded (as were Democrats, like Rep. Alcee Hastings, who shilled for the industry.) In fact, campaign contributions from the student-loan and for-profit college industries helped propel Republican Rep. John Boehner’s rise to House Speaker.

Republicans responded to these companies’ largess by taking the reins off the industry – essentially giving these schools the green light to rip off students and taxpayers.

In 2002, the Bush administration took the teeth out of a law that Congress had passed a decade earlier to prevent schools from compensating recruiters based on their success in enrolling students. Under Bush, the Education Department issued new regulations creating giant loopholes that allowed for-profit colleges to easily circumvent the law. As a result, in their desire to keep on growing to lift their stock prices and receive ever-larger amount of federal financial aid, many of these companies encouraged their employees to deliberately recruit and admit unqualified students, who ended up taking on significant amounts of debt for training from which they were unlikely to benefit.

And then, in 2006, Republican lawmakers succeeded in striking down another important consumer protection law that limited the growth potential of these companies. By eliminating the “50 percent rule,” which had prohibited colleges from participating in the federal financial aid programs if they enrolled more than half of their students in distance education courses, Congress allowed these companies to carry out their “growth at any cost” strategies. From 2005 to 2010, Bridgepoint Education, for example, expanded its enrollment  by over 7,800 percent, from 968 to 77,179 students, according to final report from Senator Harkin’s investigation. Unsurprisingly, considering its extremely rapid growth, the company in recent years has been the subject of multiple federal and state investigations over allegations that it has defrauded students.

Given that their actions helped lead to widespread abuses throughout the for-profit college sector and put students and taxpayers in harm’s way, is it any wonder that G.O.P. lawmakers continue to refuse to acknowledge that there have been any problems? Unfortunately, this incredibly disturbing level of denial means that history will probably repeat itself, with the Trump administration and Republican Congressional leaders trying to take the reins off this often-unscrupulous industry all over again.