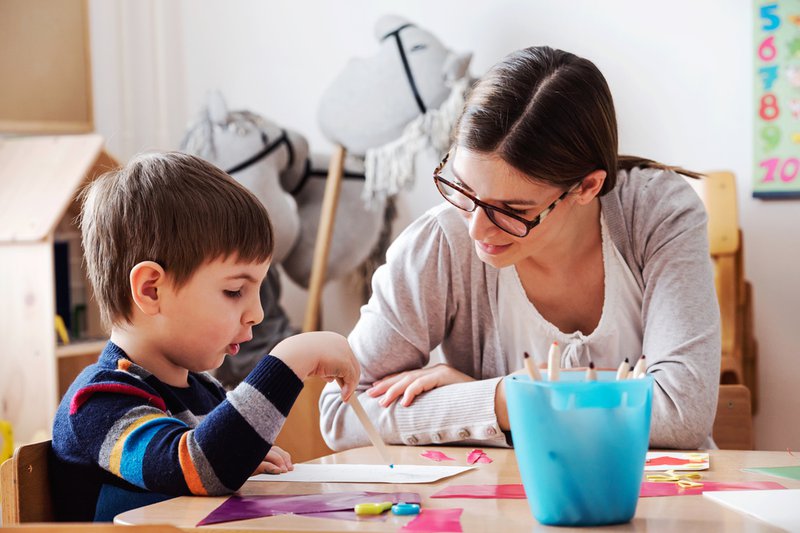 Assessments are an invaluable tool across the education spectrum. In the early grades, school readiness assessments are used to evaluate individual students’ academic aptitudes, usually in literacy and mathematics, as a way to support instruction that meets each students’ needs. These exams give administrators insights into the effectiveness of prior programs, and may be diagnostic for children needing early intervention services. At the local, state, and federal government levels, early learning assessments are a data point for policymakers aiming to promote school readiness.

A strong concern around readiness assessments, repeatedly vocalized by early education and dual language learner (DLL) experts, is the lack of acknowledgement of multilingual students, who represent nearly one in four children in our nation’s public schools. Monolingual assessments often fail to accurately capture the abilities of DLL students, incorrectly presuming that a child’s inability to understand English is reflective of their overall skills. Furthermore, English-only screening assessments may fail to identify students with disabilities at a time when early intervention is crucial.

When analyzing results from English-only exams, teachers may underestimate the abilities of their DLL students or mistake the nonverbal period that many DLLs experience in English-only settings as an indication that students are not understanding what is taught. Additionally, many competencies, such as phonological awareness and mathematics, transfer easily between languages and needn’t be retaught if already mastered. Misunderstanding the full scope of DLL children’s abilities can potentially impede their academic growth.

Some states have already taken steps to create assessments that more accurately capture young DLL student’s knowledge. Texas, Oregon, and New Jersey have kindergarten readiness assessments entirely in Spanish. Washington and Illinois have portions of their exams that measure children’s development in their home language and require that assessors speak said language. Ohio and South Carolina have made adaptations of optional supports such as nonverbal responses and adjusted assessment rubrics for DLLs.

Florida is hoping to take stronger steps to paint a more representative portrait of students’ knowledge through a bill that’s been recently reintroduced in the House and Senate. The bill would require the Department of Education to adopt the school readiness screener, the school readiness assessment, the Florida Voluntary Prekindergarten Assessment, and the Florida Kindergarten Readiness Screener in the two most predominant languages spoken by English Learners at home, which are Spanish and French Creole. Additionally, the bill would require statewide standardized assessments used in K-12 and high school equivalency exams to be offered in students’ home languages.

If passed, the Department of Education will be required to create both an action plan and timetable for when these assessments are expected to be implemented statewide. School districts will be responsible for administering these exams, and parents will be responsible for making decisions around whether these exams will be administered to their children. In lieu of parent response, children’s teachers will make the decision over whether the home language exams are needed.

The proposed legislation extends new assessment requirements to dual language and bilingual education schools. The bill requires language proficiency assessments to gauge students’ proficiency in the target language that must be administered annually for all students, including English learners. Content assessments in the target language would be administered annually to all students as well. Distinguishing between these two types of exams allows for educators and administrators to measure both the effectiveness of the state’s dual language programs in helping students to acquire new language skills, as well as how well students are acquiring content-specific knowledge, such as math and science.

This legislation is a departure from Florida’s 2017 Every Student Succeeds Act (ESSA) proposal, which sought a waiver of exemption from adopting native language assessments. ESSA mandates that English learners be assisted to meet the same rigorous academic standards as all students, and that states “make every effort” to develop annual assessments in languages other than English which are reflective of the languages spoken by the student population. States are given flexibility to adopt these native language assessments, and Florida is among several other states that originally disregarded the mandate.

The decision to embrace ESSA’s charge is particularly essential in Florida’s changing context. In Florida, 40 percent of children under the age of eight speak a language other than English at home. While the growth of the dual language population of young children nationally has grown 24 percent since 2000, Florida has experienced a 41 percent increase in young children who are DLLs.

The native language assessment legislation has been introduced before, but previously found little support with Republicans in the state legislature. This year, the Democratic-introduced Senate bill has backing from at least one Republican lawmaker from Miami. Its identical counterpoint in the House was introduced by two Republican lawmakers and has support from several Democratic lawmakers as well. If signed into law by the Governor, the bill would take effect on July 1, 2020, though the timetable for its implementation remains to be seen.