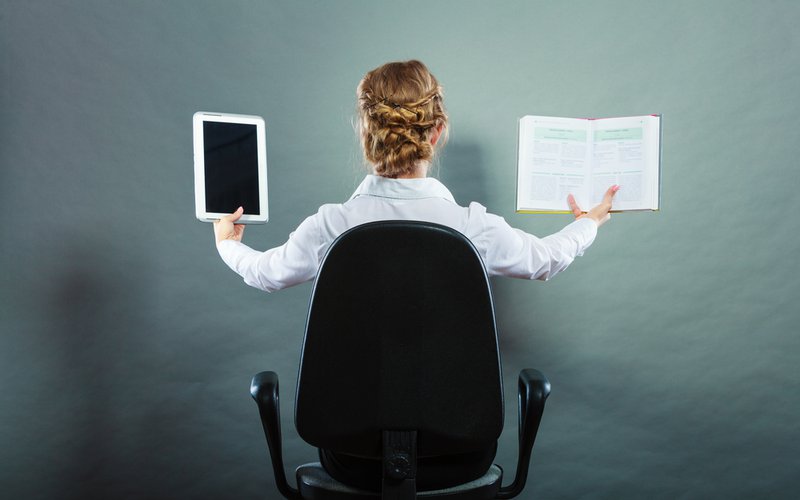 College students and their families are having a tough time paying for college. Alongside high tuition and resulting student debt are expensive required course materials like books and other supplies—students spend on average about $1,200 a year for such materials. Overpriced textbooks and course materials are a burden, and students are crying out for help. Yesterday, Congress heard their call. And although very little is getting done in Congress these days, new legislation could have an important signaling effect for state legislatures.

U.S. Senators Dick Durbin (D-Ill.), Al Franken (D-Minn), and Angus King (I-Maine) along with U.S. House of Representatives Jared Polis (D-Colo.) and Kyrsten Sinema (D-Ariz.) reintroduced the “Affordable College Textbook Act.” This bill represents Congress’ fifth attempt to create a competitive grant program to develop open educational resources (OER), which would be administered by the U.S. Department of Education. It also represents a third try to award money specifically to colleges to either design an open textbooks pilot expansion program or support one that is already in place.

OER—openly-licensed educational materials that are free to use, adapt, and share with others can range from full textbooks to assignments, tests, videos, and images, vary widely across college campuses. For example, professors at a large number of institutions have created or adopted an open textbook. If an open textbook replaces a commercial one in just a single course, that’s a couple hundred dollars students saved. Some colleges have gone even further by creating OER-based degree programs. OER-based degrees replace expensive textbooks in every course for an entire degree program, which saves individual students several thousand dollars.

Despite these efforts however, colleges probably won’t be able to completely solve alone the textbook affordability crisis. A crisis as big as this requires just as big an approach with dedicated resources. Some members of Congress have taken notice, and for some time.

Since 2009, both chambers of Congress have introduced legislation to create a U.S. Department of Education competitive grant program that would provide funds to institutions, nonprofits, professors, or groups of faculty in order to create and update open textbooks. Beginning with the “Open College Textbook Act” of 2009 and 2010, and then the Affordable College Textbook Act of 2013 and 2015, these bills mandated the necessary funds to set up the program, and for five consecutive fiscal years—and yesterday’s latest reintroduction includes this same provision.

Colleges with the greatest chance of winning grants would be those that can demonstrate their potential to produce the most savings for students, as well as expand the use of open textbooks beyond their own institution. Competitive applicants would also need to show their ability to work alongside partners and create open textbooks that were in high-demand, could be easily used, and were of high quality. Yesterday’s bill would allow colleges to use their awards for a number of things. For instance, funds could be used to help faculty:

To determine the program’s success, the bill would have the U.S. Department of Education report how effective grantees’ OER pilot programs were in expanding the use of open textbooks and reducing costs for the federal government, states, and students.

Unfortunately for students struggling to pay for course materials, the Affordable College Textbook Act is unlikely to pass. The intransigence of Congress makes the bill, like the versions that came before it, a symbolic gesture to college students struggling to purchase expensive textbooks. It communicates to students that some elected officials understand—and also wish to do something about—their plight.

But the Affordable College Textbook Act can be more than just a symbolic piece of legislation—it can be a signal as well. The bill provides a template for state lawmakers and college administrators to create similar grant programs for their own state or individual institutions. A number of colleges already have grant programs in place that pay faculty to create, adapt, review, or use OER in their classes. If state legislators took a page out of the Affordable College Textbook Act, they could potentially provide greater support to these initiatives.

Luckily, states are beginning to step up, and bills from state legislatures promoting the use of OER are beginning to emerge. For example, Texas and Washington state recently introduced legislation that would create state administered grant programs to support faculty who developed and used OER in their courses. These are examples from just two—out of 50—states, and only Texas’s bill has passed.

The Affordable College Textbook Act’s latest reintroduction just may encourage more states—and even colleges—to follow suit, carrying the bill’s intention along with them.