English Learners Were at a High Risk of Being Suspended Before the Pandemic, Restorative Practices May Offer Much Needed Relief 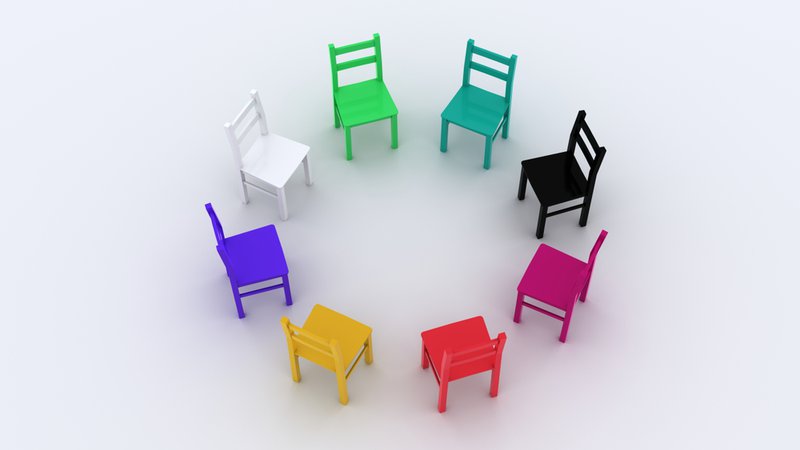 Roughly 62,596 years of instruction—or about 11 million days—were lost to out-of-school suspensions in the 2015-16 school year. By now, it is widely understood that this loss is disproportionately carried by boys, students of color, students with disabilities, as well as students from lower socioeconomic backgrounds. What is more, students’ intersecting identities (i.e. Black students with disabilities or low-income students of color with disabilities) can have a compounding effect on their chance of being subject to exclusionary discipline policies. But what about students who are classified as English learners (ELs)? Afterall, being an EL is an additive label that works in conjunction with at least one other identity since English learners usually belong to a racial/ethnic minority group, are more likely to be from low-income families, and are overrepresented in high-poverty schools.

While the intersectionality of EL students can make it difficult to understand the impact of each individual factor, previous research found that English learners are more likely to be suspended or expelled by 10 percent compared to their non-EL counterparts in elementary and middle school. Furthermore, a recent study conducted by a master’s student at Minnesota State University, Mankato sought to disentangle race and ethnicity factors from EL status to analyze the implications of each factor on exclusionary discipline actions towards highschool students. In the study, Asian and White students were the least likely to be suspended with suspension rates of 6 percent and 22 percent, respectively. However, when Asian and White students were classified as ELs, these groups experienced an ‘EL penalty’ which doubled the suspension rate for Asian ELs and White ELs saw their rate increase to 31 percent. Latinx and Black EL students, on the other hand, were essentially unaffected. Ultimately, the study concluded that being an EL increased a student’s likelihood of suspension by 20 percent. The correlation between the EL label and a higher risk of disciplinary action cannot be overstated.

In 2015, the National Center for Education Evaluation and Regional Assistance and the Regional Educational Laboratory Northwest found that English learners in middle and high school across six Oregon school districts were suspended at higher rates than their non-EL counterparts. Aggression and insubordination/disruption were the most common reasons for suspension or expulsion for both English learner and non–English learner students. And for ELs, the residual impact of being shut out of school resulted in lower performance on state assessments in reading and math compared to English learners who were not suspended or expelled. That same year, The Center for Civil Rights Remedies (CCRR) at the Civil Rights Project at UCLA uncovered that when suspension rates were rank-ordered by English learners, three states with English-only instruction policies, Arizona, Massachusetts, and California, were among the highest 20 states for EL suspension rates.

Lost instruction time can have a detrimental effect on the academic opportunity of all students who are disproportionately disciplined, but for ELs, the implications of school discipline policy can have widespread effects off campus as well. In their October 2020 report, the Learning Policy Institute and the CCRR found that in 2015-16, English learners were often referred to law enforcement at higher rates than Latinx students, with referral rates ranging from 10 percent in Beaver Dam Unified, Sparta and Appleton, WI and 25 percent or more in Fenton, IL and Etiwanda, CA. Much like the school-to-prison pipeline that has been identified for boys of color, the authors identified that school discipline policies can create a school-to-deportation pipeline for English learners and other immigrant students.

It has been estimated that schools spend approximately $4 billion on law enforcement and security staff every year, and in addition to this, the economic burden of racial disparities in discipline cost schools $400 million annually (after equalizing disciplinary rates by race). Despite widespread use of school resource/police officer programs (SROs and SPOs, respectively), the authors of a recent Brookings report indicated that, “the presence of law enforcement officers in school as a preventative measure too often runs the risk of criminal responses to delinquent behavior that administrators should handle” and as it turns out, they do not make students feel more safe either. Over the last year, 38 school districts in 15 different states eliminated their SRO/SPO programs. However, these changes were counterbalanced by almost the same number doubling down on their school police programs (30 districts in 23 different states) and some school districts even reversing their initial decision to eliminate SRO/SPOs. These decisions show just how polarizing the issue can be.

While these trends predate COVID-19, education leaders caution that there may be a spike in behavioral issues that often lead to disciplinary action as students come back to the classroom with insurmountable levels of trauma and stress due to what they’ve experienced over the last year and half. And according to the U.S. Department of Education (ED), adverse experiences (such as homelessness, foster care, and run-ins with the juvenile justice system) disproportionately affect students from low-income backgrounds, students of color, English learners, and students with disabilities—the same students more likely to be disciplined. This means that absent a significant shift in schools’ approach to discipline, the students most affected by the pandemic, such as English learners, will be met with punitive measures rather than the empathy they deserve.

In response to this impending need, education leaders have started advocating for restorative practices that place equity at the center as schools welcome students back. Researchers argue that a restorative approach is the key to fostering safe and inclusive school environments because at their core, restorative practices hope to, “improve communities and strengthen civil society by improving human behavior, providing effective leadership, reducing violence and crime, restoring human relationships and repairing harm.” This work starts with ensuring students feel a sense of belonging and building relational trust between students, teachers and other school staff. For English learners, restorative practices in English education have been identified as essential to ELs’ present and future success. Restorative classroom practices such community building circles have been found to simultaneously support language development while helping students overcome behavior issues. And this positive impact reverberates throughout campus.

In a timely move, ED is currently working to replace the 2014 Guidance on school discipline that was rescinded by the previous administration. ED is collecting public comments to inform forthcoming guidance and resources for schools and districts on how to create safe and positive learning environments. The window to submit feedback closes on July 23, 2021. One thing is certain, the last thing students such as English learners need right now is more lost instructional time. Whether students return in person or continue to learn remotely, local educators must focus on evidence-based strategies that focus on empowering students rather than punishing them for experiencing difficult human emotions, conflicts, and situations.