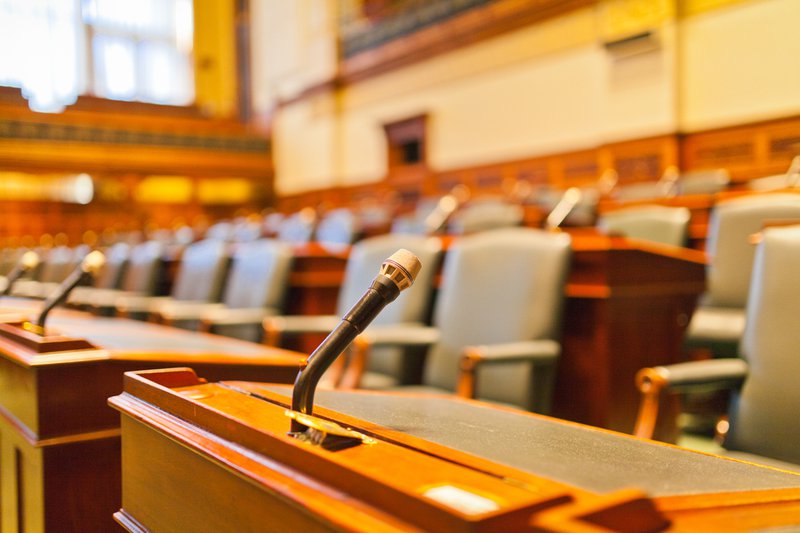 A critical provision protecting students’ rights to seek justice in court against fraudulent institutions—a ban against predispute arbitration clauses and class action waivers—is one of many now on the chopping block. The provision was included in the borrower defense rule finalized last fall by the Department of Education. But under the leadership of Education Secretary Betsy DeVos, the Education Department is now beginning the process of resetting regulatory requirements created as a response to abuses, particularly in the for-profit higher education sector.

The provision strikes at the heart of a tactic for-profit colleges have used to shield themselves from the fallout of poor behavior. By coercing students into signing enrollment agreements with mandatory arbitration clauses and class action waivers in them, many for-profit colleges have made make it impossible for students to bring fraud perpetrated by their institutions before a jury of their peers and recoup their funds. And institutions—including the notorious Corinthian Colleges, Inc.—have been able to hide patterns of problems from regulators and oversight authorities.

The Trump administration announced its intent to rewrite the Obama-era borrower defense regulations earlier this month. The regulations were originally slated to go into effect on July 1, but the Department cited a lawsuit from the California Association of Private Postsecondary Schools (CAPPS) looking to block the rule’s implementation as justification for delaying its implementation indefinitely.

While the CAPPS vs. DeVos lawsuit addresses concerns across the gambit of borrower defense regulations, critiques of the ban on predispute arbitration clauses and class action waivers are among the most pronounced. CAPPS claims that the Department did not adequately acknowledge the benefits of arbitration, nor did it consider possible downsides and obstacles to class action lawsuits for students, including drawn-out litigation, small payouts, and high class certification burdens created by state and federal laws. CAPPS also insinuates that the changes could drive up costs for students, claiming that the Department didn’t consider how much institutions relied on these and similar provisions to perform essential operations, like obtaining insurance and setting tuition prices.

CAPPS is also particularly critical of the Department’s justification for including the ban in borrower defense regulations. Specifically, CAPPS says that the Department leaned too heavily on the Consumer Finance Protection Bureau’s (CFPB) mandatory arbitration research, which they allege does not apply to federal student loans on account of posing “far different risks to borrowers in a far different context.”

With the Trump Administration’s reliance on the CAPPS v. DeVos lawsuit to justify a delay of the borrower defense rule, the for-profit sector’s complaints regarding the predispute arbitration clause and class action waiver ban are sure to receive attention. But look no further than the final rule, where the Department addressed these and other comments about arbitration agreements, to understand why the provisions are so important.

Despite acknowledging that there are sometimes benefits to arbitration for students and borrowers, the Department makes a compelling case that class action waivers and predispute arbitration agreements keep it from fulfilling a key responsibility: protecting taxpayers. Class action waivers and predispute arbitration, they argue in the final rule, let colleges bury their fraud or misrepresentations in secretive proceedings that prevent the Department from knowing it needs to take action until it’s too late. By the time the Department or other oversight and law enforcement bodies hold institutions accountable, thousands more students have enrolled and may be owed discharges of their loans—with taxpayers left holding the bag.

Specifically, the final comments highlight the now-defunct Corinthian Colleges Inc., whose schools’ abuses of class action waivers meant the school faced none of the negative publicity that comes from a class action lawsuit or accountability that would stem from reported cases of fraud to the Department. Instead, waivers and arbitration agreements shifted the burden of consequence from Corinthian (which closed before any borrower defense cases could be resolved) onto taxpayers. To date, that includes over 15,000 approved claims totaling nearly $250 million, with more yet to be processed or even filed.

The Department argued class action suits can be a deterrent to misconduct by colleges across the country; and a useful means of publicizing claims of misconduct for law enforcement agencies, who may have been unaware otherwise, to act upon.  That’s supported by extensive research done over the course of two years in the CFPB’s study on arbitration agreements and class action suits. While focused on private loans and other financial products, it found that the more than 400 class action settlements it studied across a five-year period collectively produced around $2.2 billion in payments or relief to consumers. There’s nothing to suggest the higher education market would be any different. In fact, the Department states that it is precisely because of widespread and aggressive predispute arbitration and class action waiver clauses that there is so little evidence proving otherwise.  Moreover, given that many for-profit education institutions arrange private student loans for their students on top of what they receive in federal loans, issues with arbitration agreements and class action waivers for private loans are likely shared, making the CFPB’s analysis even more potent.

Of course, it’s not surprising to see the representatives of for-profit schools—where arbitration agreements are more often established in students’ enrollment agreements, and where there have been far more cases of misrepresentation reported—challenging the provision.  But the delay of the predispute arbitration provisions of the rule will have huge implications for the students who deserve their day in court, and for the taxpayers who will be responsible for the costs of continued fraud by colleges. The borrower defense rule speaks volumes about our nation’s interest in protecting students—and itself—from institutions that seek to game the rules and hurt people in the process.