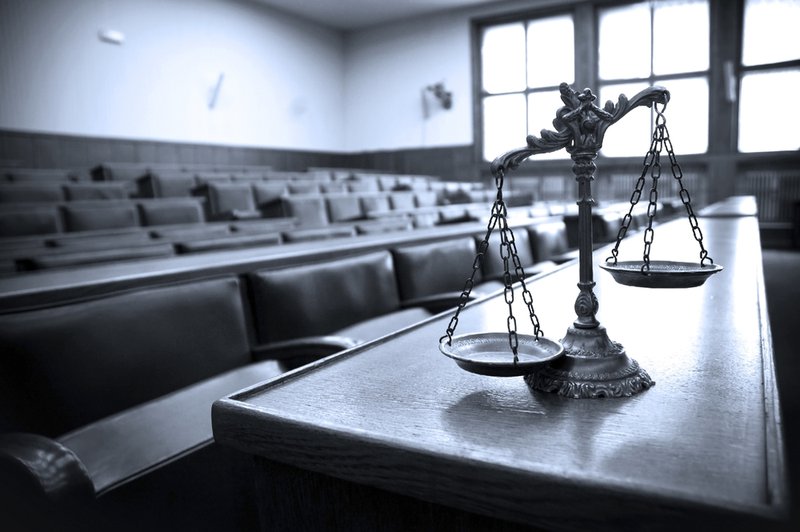 Former Corinthian College students who were seeking to have their private loans discharged after the giant for-profit higher education company collapsed have been denied their day in court.

In July, Deborah Terrell, a former Corinthian student, filed a class action lawsuit against three loan servicing companies—Turnstile Capital Management (Turnstile), Balboa Student Loan Trust (Balboa), and University Accounting Service (UAS)— that respectively bought, held, and attempted to collect on the debt from Corinthian’s private student loan program. Terrell, who graduated one month before the for-profit chain shut down all of its California schools in 2015, sought damages for harassment from UAS and the cancellation of all Corinthian private loan debt held by Turnstile and Balboa.

The lawsuit received heavy media attention from the likes of Politico, Buzzfeed, MarketWatch, and other notable news outlets. But, as far as we can tell, nobody has reported on what happened next.

A month after Terrell sued the servicers, Balboa apparently demanded that she arbitrate her claims, citing a mandatory arbitration clause that had been included in the promissory note she received for her private loan. Within days, the court effectively ended the case by requiring the plaintiff to settle the dispute through arbitration. As is often the case after agreements settled through arbitration, there is no available information as to how Terrell’s case was resolved. As a result, the public is denied important information, and other members of her class will not know whether it’s worth entering arbitration to try to get their private loans discharged.

At issue in the lawsuit was a controversial private loan program, known as Genesis, that Corinthian created to help fill the funding gap between the high prices the company’s schools charged and the amount of federal grants and loans its students received. A 2014 Consumer Financial Protection Bureau (CFPB) investigation found that Corinthian coerced students to take out the high-priced Genesis loans.

As part of its alleged scheme, Corinthian provided incentives to financial aid staff to compel students who needed additional funding to apply for the loans, which charged variable interest rates as high as 14.9%. Then, once students entered their personal information onto an electronic application, Corinthian staff would “fill out the remaining information, including the requested loan amount”, and submit the application on behalf of the borrower. While Corinthian staff members did confirm students’ personal information, they were encouraged to leave students in the dark about the terms and conditions of the loans, including the fact that the promissory notes included mandatory arbitration clauses. To make matters worse, Corinthian was fully aware that a majority of the students who took out the loans wouldn’t be able to repay them. As a result, Corinthian, the CFPB argued, knowingly pushed high-cost loans on students who were more likely than not to default on them.

By the time the loan servicing company Turnstile bought the private loan debt and transferred it to the newly-created Balboa Student Loan Trust (Balboa), Corinthian was winding down its operations after the Education Department found that it had been misleading prospective students about its record of placing students into jobs.  At the same time, two dozen states’ attorneys general and the CFPB were publicly investigating Corinthian’s allegedly deceptive recruitment and student loan tactics or had already sued the for-profit chain over these practices. The Terrell lawsuit alleged that Turnstile, Balboa, and UAS, which collected on the remaining Genesis loan debt on Balboa’s behalf, knew the loans they held were obtained fraudulently by Corinthian, making their own efforts of collecting on it unlawful as well. The lawsuit further alleged that UAS violated the Fair Debt Collection Practices Act by harassing Terrell with phone calls up to five times a day and threats to garnish her wages and take her house.

Mandatory private arbitration clauses with built-in class action waivers have become increasingly common in all sorts of consumer contracts. In testimony before the United States Senate Judiciary Committee from 2011, Paul Bland, executive director of Public Justice and consumer protection expert, noted that it had become “next to impossible” to get a loan, credit card, cell phone, computer, car, or even a job without signing a contract that included a binding arbitration clause. The Supreme Court rulings in AT&T Mobility v. Concepcion in 2011 and American Express v. Italian Colors in 2013--which allowed class action waivers in mandatory arbitration clauses and confirmed the power of the Federal Arbitration Act to enforce class action waivers, respectively-- have made it extremely difficult for consumers to file class action lawsuits against financial firms and other companies that defraud them. A New York Times investigation tracked mandatory private arbitration cases from 2011 to 2014 and found that of the 1,179 consumer class action lawsuits companies pushed into arbitration, the court ruled in favor of the company four out of five times.

Under the correct circumstances, private arbitration agreements aren’t bad policy. When both parties are equal, fully advised, and know what they’re giving up, arbitration can be faster, simpler, and less hostile than litigation, and is usually cheaper for both consumers and businesses. But the circumstances are rarely ideal, particularly when arbitration occurs between an individual and a corporation. Corporations often get the jump on consumers by including mandatory arbitration clauses in small print in contracts, forcing people, who often don’t notice the clauses, to agree to give up their right to go to court before a dispute even occurs. In addition, research has concluded that corporations often get favorable treatment by arbitrators since they are more likely to retain arbitrators in the future than any given individual.

Class action waivers have made private arbitration a convenient tool for corporations to use to circumvent the courts and make it harder for consumers to team up and take on fraudulent practices. These waivers allow private arbitration to effectively break up class action lawsuits, forcing attorneys representing consumers to pursue claims one at a time. Unscrupulous for-profit colleges have especially benefited from this by including these clauses in enrollment agreements and the promissory notes of the private loans they offer.

By coercing students into signing promissory notes and enrollment agreements with mandatory arbitration clauses attached at the outset, Corinthian all but assured an escape route in the event it was caught defrauding consumers. The Terrell lawsuit is not the first time Corinthian has used this loophole, and Corinthian was far from the only for-profit institution to abuse it.

To stop for-profit colleges from continuing to engage in such practices, the Obama administration in November barred colleges from including arbitration clauses in their enrollment agreements as part of the Education Department’s Borrower Defense to Repayment regulations. While the Trump administration and Republican-led Congress are set to roll these regulations back before they go into effect this summer, the Obama administration had canceled over $247.3 million in federal loan debt from more than 15,694 former Corinthian students through November 2016.

Former Corinthian students have been wronged at nearly every turn. They should not have to spend the rest of their lives being hounded by collection agencies seeking repayment on expensive private loan debt they were misled into borrowing. Policymakers need to ban mandatory arbitration agreements and class action waivers in consumer contracts and, at the very least, allow these students to have their day in court.