The Critical Role Schools Play in Responding to Refugees 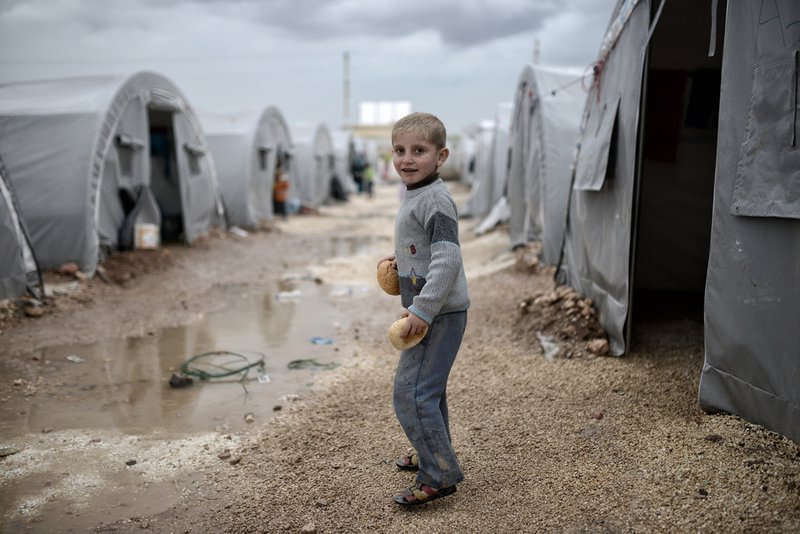 On September 10, in response to a European refugee crisis, President Obama announced his decision to significantly increase the number of Syrian refugees admitted into the U.S. He committed to accept 10,000 Syrian refugees over the next fiscal year, compared to the 1,293 the country accepted the year before. But last week, in light of the ISIS terrorist attacks in Paris, 25 U.S. Republicans governors vowed to block the entry of Syrian refugees into their states over supposed security concerns. On Capitol Hill, the Republican-controlled House passed a bill to prevent Syrian and Iraqi refugees from entering the country. The fate of both measures is unclear: governors likely lack the authority to impose these bans, and the House’s bill faces procedural hurdles in the Senate and a presidential veto. But, the question of how to respond to refugees has led to a splintering of public opinion that transcends usual party lines. Evangelical Christian groups, a core of the GOP electoral base, are breaking with Republicans in their advocacy to embrace refugees. The majority of Democrats in Congress support President Obama's commitment, although some House Democrats have broken with the President.

It’s easy to get swept away by divisive rhetoric and political grandstanding. But real people’s lives hang in the balance, and it’s likely that more Syrian refugees will be coming to America where many will enter American schools. For these newcomer children, school provides a unique stepping stone for integration into American life. It can help restore stability in these individuals’ lives. So, while it won’t drive the next 24-hour news cycle like provocative demagoguery, policymakers and educators should carefully consider how to design intentional supports for refugee students’ socioemotional, linguistic and academic needs.

These needs are frequently different from other students. Many refugee children have experienced trauma and frequent interruptions to their education. According to a recent Migration Policy Institute (MPI) report, “Refugee children in developing countries are some of the most educationally marginalized in the world. More than half of the 57 million children who remain out of school globally live in conflict-affected settings.” Of that 57 million, an estimated 2.7 are Syrian; more than half of all children in Syria did not attend school last year. In a different MPI report, authors Selcuk R. Sirin and Lauren Rogers-Sirin examined the educational needs of Syrian refugee children and used data from a field-based study of Syrian refugee children living in Turkish refugee camps to examine their mental health risks.

The authors present a stark reality. First, the school enrollment of Syrian children who have managed to leave the country is very uneven. For instance, only one in five of Syrian refugee children now living in Lebanon attend school and growing resentment means that many children face “verbal and physical abuse in schools.” In some places, the children also face language barriers, which can have an impact on whether they enroll in school at all. For example, Turkey requires “demonstrated proficiency” in Turkish before allowing a child to enroll in one of its public schools. Syrian girls have particularly low rates of school enrollment and are vulnerable to sexual exploitation and early marriage.

Second, Syrian refugee children report having been exposed to high levels of violence. In a survey of over 311 children, “79 percent of the children had experienced someone in their family dying...about 60 percent...saw someone get kicked, shot at, or physically hurt...nearly half (45 percent)...experienced PTSD symptoms.” These experiences translated into depression and various health problems. Sirin and Rogers-Sirin conclude that education and mental health services are essential to ensuring that Syrian children are able to break from the cycle of violence and trauma.

What might these experiences mean for refugees who make it to U.S. schools? In addition to mental health concerns, refugee children in the U.S. — including those from Syria — often face significant academic and linguistic challenges. Disruptions in education lead to gaps in knowledge and skills due to missed school time. Moreover, as a recent MPI report noted, even if refugees have attended school in first asylum countries (the first country a refugee goes to after leaving their home country), the instructional quality is highly variable. Refugee children are often exposed to multiple languages of instruction as they migrate from countries of first asylum to final resettlement in the United States. This can lead to confused, disorganized educational experiences.

What’s more, U.S. refugees are a diverse group. Over 60,000 refugee children were resettled in the U.S. between 2011 and 2013 from many different countries, including Iraq, Burma, Bhutan and Somalia. Several districts have devised specialized programs to help better support these students. The Internationals Network for Public Schools, based out of New York City, serve newcomer immigrant secondary students using a model that builds on students’ existing strengths, integrates English instruction within academic content and emphasizes deeper learning. Graduation rates of English language learners (ELLs) enrolled in New York’s International High Schools far exceed the state average and in recent years, the success of the internationals model has spurred expansions in California, Maryland, Virginia and the District of Columbia.

Similarly, schools like LEAP High School in St. Paul, Minnesota educate newcomer and refugee students in small environments that dampen some of the usual social pressures and demands of traditional public high schools. LEAP enrolls students between the ages of 14 and 21 and provides them with intensive support for learning English, growing their academic skills and content knowledge, and adjusting to life in the U.S. The school is home to a growing number of Karen students who have been displaced from their home country of Burma due to civil war (St. Paul is home to the largest population of Karen in the United States). And over 60 percent of their students are 18 or older, which means they only have three years to earn the necessary credits to graduate high school.

LEAP was founded in 1994 by a group of teachers and community members who recognized that older students were not getting the services and support in traditional public high school necessary to be successful. Since the school is classified by St. Paul Public Schools as an alternative learning site, administrators and educators have flexibility to use different curricula and instructional strategies. Students are grouped into classes based on their level of English language proficiency, which allows for greater differentiation of instruction based on each student’s unique content/skill needs.

We visited the school in October. Its most striking feature was the level of student engagement. We ventured into content area courses, an art class, and English language courses; in each, students were engaged, participating and eager to learn. According to writing teacher Amy Hewett-Olatunde (who was also 2014 Minnesota Teacher of the Year), discipline issues are almost non-existent at LEAP: students are “very appreciative of their education.” Moreover, the school is extremely respectful of students’ cultural practices and beliefs. Many of the Karen students wore light yellow paint on their faces, which is used as makeup or a blemish cover-up, and the school hosts culture parties to celebrate the cultures and foods of students' home countries. This linguistic, academic and socio-emotional responsiveness has produced impressive results: 85 percent of their graduates go onto a post-secondary education.

Other mainstream schools, while not intentionally designed like LEAP to support international and refugee students, respond to students’ needs using existing resources and programming. This is the case at East Baltimore’s Patterson High School, recently highlighted in the Baltimore Sun’s “Unsettled Journeys” series. At Patterson, newcomers comprise one-third of the population and speak 24 different languages. These students rely on English as a Second Language (ESL) classes, social workers and the dedication of individual educators. Many teachers go above and beyond their professional duties, becoming “[parents]-in-spirit” and tapping into their own informal network of mental health professionals, lawyers, and other advocates on behalf of students. They have called for more training, counselors and ESL curricular materials. In addition to school staff, mental health workers from Johns Hopkins Bayview Medical Center are available to any Patterson student through a citywide partnership.

As schools explore ways to respond to refugees, the federal government has also provided some guidance. Last November, President Obama created the interagency White House Task Force on New Americans to identify and support state and local efforts to welcome and integrate newcomers into communities. The Task Force released a strategic action plan in April that prioritized expanding educational opportunities for immigrants and refugees. The Department of Education has since led a series of webinars to share key research and best practices for integration of these students into schools. The sessions have focused on ideas for creating welcoming school environments, engaging families, supporting dual-language learning, ensuring early learning opportunities, and more. These efforts are modest, but steps in the right direction.

It’s easy for politicians to debate on high. Meanwhile, on the ground level, schools carry out the hard work of integrating newcomers into communities. We have examples of schools creatively and compassionately welcoming and serving newcomers. Critically, they call recognize the unique needs of refugees and frame these students as assets, not unwelcomed intruders or drains on the system.