The Expansion of One-Way “Enrichment" Dual Immersion Programs in Arizona 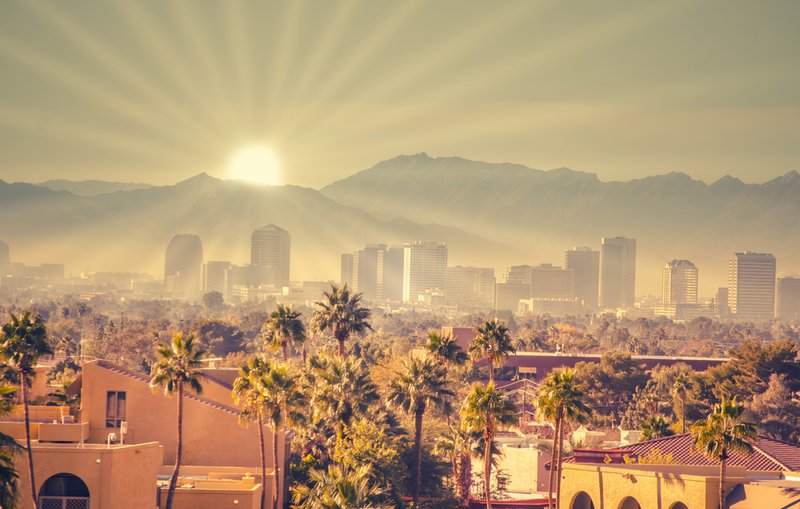 Dual immersion programs are on the rise across the U.S. While the exact number of schools offering dual immersion is unknown, the latest estimates suggest that there are more than 2000 schools (and this number continues to grow) where content area instruction is delivered in English and an additional language throughout the day. This growth is due to a number of factors, not the least of which relates to the research which continues to document higher academic achievement for all students enrolled in dual immersion programs. This same body of research has consistently found that dual language learners (DLLs), or those students still in the process of developing basic proficiency in English and their home language(s), are the subgroup of students who experience the biggest achievement gains when enrolled in dual immersion programs. Not only do DLLs typically outperform their peers enrolled in other types of English language development programs, there is also evidence that DLLs gain additional social, cognitive, and familial benefits associated with becoming fully biliterate. Given the growing body of research supporting dual immersion for DLLs, it is important to consider the reasons why issues of access and equity for DLLs persist in some regions and districts. Below, this post provides a brief overview of dual immersion education in the U.S., followed by a sketch of the case of Arizona — a state where DLLs are systematically excluded from dual immersion programs.

As a result of the established research base on dual immersion, a number of states have established policies and initiatives designed to promote the expansion of both one-way and two-way dual immersion. A 2015 report published by the U.S. Department of Education provides further details on the key characteristics of these initiatives in states as geographically and politically diverse as Utah, Delaware, New York, North Carolina, New Mexico, Illinois, and Georgia. This report further discusses the diversity in dual immersion program design and implementation across states.

Given the growth and the extensive variation that exists, researchers, policy organizations, and school districts continue to investigate who dual immersion programs are serving and how effective programs are in achieving their goals, with a the largest body of research focusing on understanding the inclusion and achievement patterns of DLLs. Naturally, the results have varied from state to state and even district to district. In places such as Utah and Arizona, which have vastly different dual immersion landscapes, findings have pointed to a tendency at both state and district levels to not fully include DLLs or the voices of minority language communities in dual immersion programs. In Arizona, findings from a recently published doctoral dissertation similarly found that there was a muting of heritage language community interests.

In particular, Arizona’s education policies severely restrict and complicate the participation of DLLs in dual immersion programs. This is not surprising given Arizona’s controversial “English only” policy mandates that DLLs enroll in structured English Immersion (SEI) programs where they are required to study basic English grammar and literacy skills largely detached from other academic material for two to four hours a day — all while their English dominant peers are in separate classrooms learning valuable grade-level content (e.g. language arts, science, math, art, etc).

The Arizona law provides parents with the option to apply for a waiver to have their child enrolled in a dual immersion program when available, but the process is difficult and complicated. It requires DLLs to enroll in SEI for a minimum of 30 days, at which point the school must produce a detailed letter justifying how dual immersion will meet the child’s ‘special needs’ (and requires a signed approval from the district superintendent). This restrictive waiver process makes it unlikely that many parents will be able to navigate the waiver process for their child even if they desire to and live in a district where dual immersion programs are available.

Indeed, since Arizona has mandated SEI as the state’s sole means to educate DLLs, there has been a sharp decline in dual immersion programs serving DLLs (and students of Latino heritage) across the state. In fact, the Arizona Department of Education reported that during the 2016–17 school year, less than 1 percent of DLLs were enrolled in dual immersion programs — and this is in one of five states in the nation where Latino students now outnumber white students in public schools. Prior to SEI, up to 30 percent of DLLs in Arizona were enrolled in dual immersion or transitional bilingual education programs.

The dropoff has been particularly sharp in the state’s most populated region, Maricopa County. In the greater Phoenix metro area, only around one-third of students enrolled in dual immersion programs are Hispanic/Latino and of this third, only a small subset are waiver-holding DLLs.

Simultaneously, there has been a notable increase in the area’s number of well-resourced, suburban, foreign language enrichment dual immersion programs serving predominantly native English-speaking students. These foreign language “enrichment” programs have been successful at recruiting parents by advertising the academic, cognitive, and future economic benefits of dual immersion programs for their children.

Unfortunately, this same opportunity is being denied to DLLs and many of Arizona’s heritage language communities (which are predominately Latino and Native American). The state’s language education landscape has prompted serious equity and inclusion questions of Arizona’s dual immersion programs. As Radio Bilingüe reported back in 2014, there are “two faces to dual immersion schools in Arizona.” On the one hand, there is growing demand for dual immersion programs from more affluent — and English-dominant — communities who want their children to have access to the benefits of dual immersion experiences. On the other hand, there are large percentages of Latinos and Native Americans who have lost their right to learn in dual immersion programs. Instead of being settled on the grounds of what is best for kids, equity in Arizona language education has become a neglected political battle.

By limiting DLLs to narrowly defined SEI programs, Arizona consigns DLL students to an inferior educational program. As a result, Arizona has been consistently ranked as one of the worst states in the nation for educating students who are still in the process of learning English — which is evidenced by Arizona’s dismal DLL graduation rates (18 percent), consistent DLL teacher shortages, and the equally dismal rates at which Arizona DLLs achieve proficiency in language arts and math (and continue to struggle academically even after exiting the English learner label).

Arizona’s DLL families deserve the same opportunities to develop advanced literacy in two languages as their peers in more affluent, English-dominant suburban districts. This need not mean that the dual immersion opportunities being offered primarily to English-dominant students in more affluent suburban districts should be reduced or restricted. Rather, DLLs and heritage language communities across Arizona deserve the same access and opportunities to benefit from dual immersion. The research and raw data emerging from other states continue to point to the role dual immersion programs play in developing DLLs advanced (bi)literacy in English and their native language, improving student achievement, maintaining strong family connections, and bolstering DLL self-efficacy. Well-implemented dual immersion programs simply serve students better.

Arizona’s SEI law currently makes the expansion of both two-way immersion and one-way developmental dual immersion programs that include DLLs unlikely in the near future. However, it is important to continue to pursue a more open conversation about educational equity for DLLs in Arizona, especially if Arizona is to truly consider ways to prevent the linguistic isolation, stigmatizing segregation, and remedial English language development that currently define Arizona’s SEI system. There are quality models for a new way forward if Arizona policymakers would only explore the possibilities of what a multilingual, bi/multi-literate, and multicultural education could do for Arizona’s students regardless of their linguistic, cultural, or socioeconomic backgrounds.