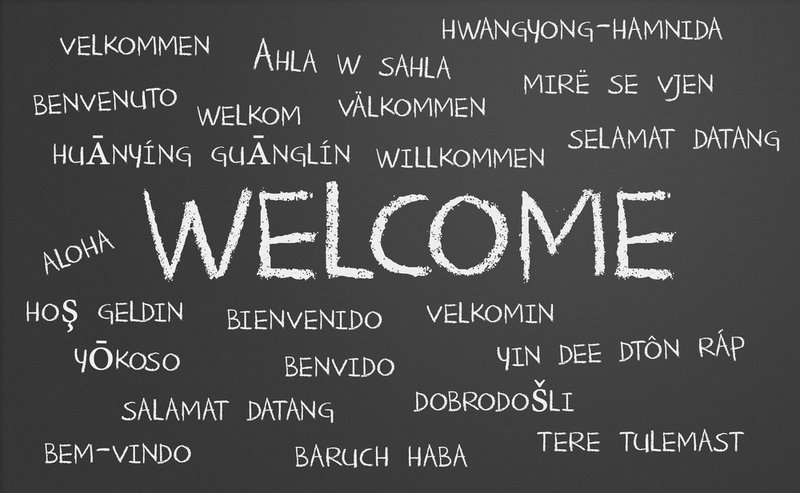 It has been a busy month to work on issues related to diversity, equity, and multiculturalism in U.S. schools. With the leader of the Republican Party working aggressively to marginalize immigrants and refugees, a controversial new Secretary of Education taking the reins, and ongoing uncertainty surrounding the state of federal education regulations, it’s hard to step back and focus on anything other than the churning turmoil.

And yet, across the country, beyond the attention span of “presidential” tweetstorms and far from the heat generated by Nordstrom’s extremely critical inventory decisions, education policies are changing. States are preparing to implement the Every Student Succeeds Act (ESSA). Despite the aforementioned regulatory uncertainty, they’re redesigning how they hold schools accountable for providing every child with a quality education.

Across the board, the law aims at a more nuanced approach to accountability than its predecessor, the much-maligned No Child Left Behind Act (NCLB). When it comes to dual language learners (DLLs), Under the new law, it appears that states will have more latitude to set different English learning timelines for DLLs with different backgrounds.* That is, they will have even more room to set benchmarks for how long it should take for these students to become proficient in English — and what schools should do if their DLLs aren’t meeting these benchmarks.

This makes sense. DLLs are a diverse group, and different aspects of their backgrounds influence their English acquisition patterns. While more than 75 percent of them are native-born American citizens, others come from a variety of immigrant backgrounds. Some have had limited formal education before arriving in U.S. schools. Others have had considerable experience in school systems overseas. Some are wealthy, others are not.

But those aren’t the particular diversity that most intuitively sets DLLs apart. In the United States, the law defines them by their languages — they are learning English in addition to their native tongues. While over 75 percent of these students are native Spanish-speakers, over a million DLLs speak another language at home.

Researchers know that students’ development and abilities in their native languages can help them develop a second. Unsurprisingly, then, DLLs’ native language diversity has a significant impact on their early language and literacy development. This sort of difference should inform how teachers approach early literacy for DLLs and how states set English language acquisition benchmarks.

For instance, early literacy in English and Spanish involves the development of various phonics competencies. While Spanish includes a few different-looking symbols (“ñ,” “á,” and so forth) its basic structure resembles English. Children learning to read in English or Spanish — or both — need to learn how to decode a series of symbols into sounds, combine these sounds into words, and so forth. Once they’ve mastered these key pieces of their language(s), they have “phonological awareness,” and are prepared to decipher a host of words well beyond those they already know.

Compare this to character-based languages like Mandarin Chinese. Symbols in these languages correspond to words (some also correspond to sounds). As a result, children learning to read these languages needs to build up a stock of words and link them to the corresponding characters. Fortunately, there are some patterns based on the “radicals” that compose the characters. For instance, characters in Mandarin Chinese for words like “river,” “lake,” “pond,” “sweat,” and other similar words use a common series of strokes known as “water radicals.” Take a look at the (simplified) Mandarin characters for...

Look closely at the left side of each of those characters. See how each includes the 氵mark? That’s the water radical. For readers of Mandarin, it’s an example of a key clue for deciphering unfamiliar characters, a signal that a character has something to do with water. As such, early literacy in these languages requires the development of “radical awareness.” Kids who can recognize different series of radicals can build out their literacy more confidently.

To develop “radical awareness,” students need to learn hundreds, even thousands, of characters. This isn’t easy. In A Parent’s Guide to Mandarin Immersion, Elizabeth Weisse writes, “It takes a tremendous amount of time, effort, and repetition (through both reading and memorization) to learn to recognize the characters necessary to become a grade-level reader of Chinese.” The upshot, then, is that DLLs who speak a character-based language at home may have different literacy strengths — and needs — than DLLs who speak a non-English language that relies on a broadly similar alphabet (and phonological structure). These differences may influence their rate of English acquisition in varying instructional programs, their academic trajectories, and much more. (Note: For an example of research exploring these differences, click here.)

None of the states releasing draft plans appear to be taking advantage of the space that ESSA grants them along these lines. Some are considering setting different timelines based on students’ ages and English proficiency levels (i.e. early, intermediate, or advanced) when they are first classified as DLLs, but that appears to be the full extent.

Perhaps this illustrates the limits of accountability systems — and the difficulty of using these particular policy levers to meet students’ needs. It’s difficult to design any sort of statewide system that simultaneously holds common, ambitious goals for all students while also providing tailored, nuanced expectations for particular groups of students. Should states have policies (complete with adequate data systems) for setting different English acquisition timelines for recently-arrived, 2nd-grade DLLs who speak Vietnamese at home; native-born, Russian-speaking preschool DLLs; and multilingual, Welsh-Catalan kindergartners with high oral proficiency in their native languages, etc?

Probably not. That’s beyond the scope of what state and/or federal accountability policies can accomplish on their own. But that doesn’t mean that policymakers can ignore DLLs’ native languages when crafting them. So, given that the country appears poised to 1) spend even less time thinking about education policies than usual, and 2) further increase the room states have to operate on accountability and civil rights questions, how should policymakers think about supporting DLLs?

Well, they could invest significantly more resources in the development of tests that would help teachers understand what DLLs know and can do in those languages. Even if data systems will never be adequate for capturing the subtleties of those (likely hypothetical) Welsh-Catalan kids’ linguistic profiles, education leaders should still work to gather better information on all of DLLs’ languages. That is, even if nuances in language acquisition patterns are difficult to model in accountability policies, they’re still deeply important for DLLs’ linguistic and academic development.