Diversifying the Teacher Workforce with ‘Grow Your Own’ Programs 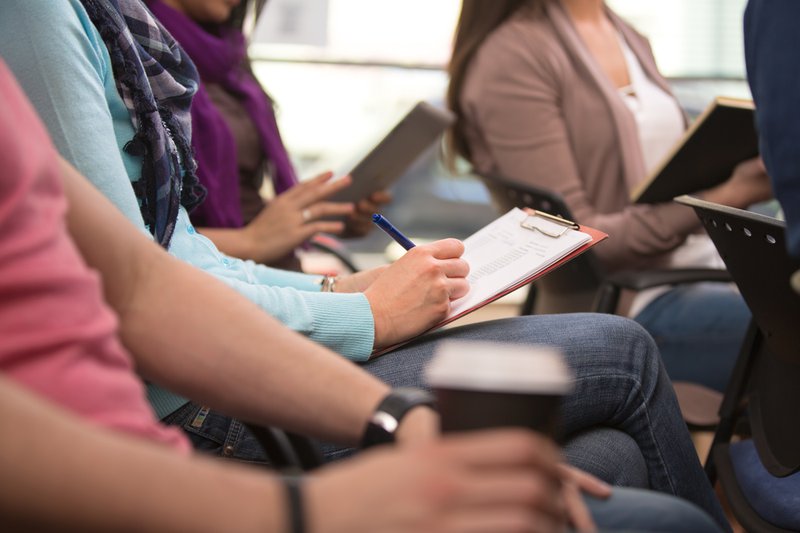 Sandra Cornejo has spent a significant part of her varied career supporting schools in her community—first, as a part-time tutor, later, as a security guard, and most recently, as a paraprofessional. Nowadays, after serving in Chicago public schools for over a decade, Sandra is on track to become a certified bilingual teacher—a development she attributes to her state’s “Grow Your Own” teachers initiative.

The Illinois legislature first funded the statewide initiative in 2004 to cultivate a pool of diverse, community-based teachers that could address shortages in the state’s high-need schools. Illinois GYO, currently stationed solely in Chicago, ushers promising community-based candidates through the teacher pipeline by leveraging partnerships between school districts, teacher preparation programs, and community organizations. Part of their strategy is to provide wrap-around supports, such as learning cohorts, mentoring, coaching, test preparation assistance, and financial aid. Illinois’ program is uniquely comprehensive, going as far as to offer stipends for transportation and child-care.

According to Sandra’s testimony for Grow Your Own Illinois' Teacher Testimony initiative, these supports have often kept her en route to certification. The program “has played a big part in motivating me to continue the road to obtaining my teaching degree no matter the obstacles,” she wrote. Sandra, who identifies as Mexican-American, expressed that she has had to overcome significant, yet familiar stumbling blocks on her road to becoming certified. Barriers that disproportionately burden underrepresented teacher candidates are all too familiar, making it unsurprising that a diversity gap exists between the white and monolingual teacher workforce and the racially, culturally, and linguistically diverse student population.

There is burgeoning research that demonstrates the benefits of remedying the student-teacher diversity gap. Research indicates, for example, that students of color exhibit positive social and academic outcomes when they have teachers with whom they identify. It is also well-documented that teachers of color tend to hold higher expectations for their students of color and exhibit more cultural competency than their white peers. Aside from their benefit to students of color, these teachers get high marks from students of all races for creating engaging and supportive learning spaces.

Because Grow Your Own (GYO) programs have emerged as a promising way to achieve much-needed racial parity between teachers and students, they are drawing national interest. These programs take a variety of forms: some are aimed at attracting high school students into the teaching profession while others provide opportunities for paraeducators, substitutes, and local community members to become licensed educators. Since these programs make deliberate efforts to recruit diverse candidates who are more representative of the student population, they are one promising approach to produce a more diverse workforce and meet critical shortages in key subject areas, such as bilingual education.

Washington State is a national leader in their efforts to support districts and educator preparation programs in implementing Grow Your Own programs. The state is currently leveraging private funding to enact the GYO Educator Infrastructure Pilot Initiative, which aims to help seven districts develop and implement sustainable plans to diversifying their workforce. This initiative, slated to end in 2019, extends the ongoing work of the Bilingual Teacher Work Group, which has helped cultivate “homegrown” bilingual teachers and counselors across the state. My New America colleague, Amaya Garcia, profiled one promising example of this initiative in her recent report of Washington’s Highline School District. Additionally, the state recently launched the Recruiting Washington Teachers – Bilingual Educators Initiative pilot project to recruit and prepare high school students to become teachers in high needs areas, such as STEM, early childhood education, and bilingual education.

According to a recent multi-state scan of states’ ESSA plans by the Center for American Progress, several states are planning to design new Grow Your Own programs and renew support for existing ones by leveraging funds from Title II, Part A of the Every Students Succeeds Act (ESSA)—the section of the law that governs teacher recruitment, preparation, and support.

Tennessee, for instance, is revamping their support of high-needs districts by offering financial assistance to new Grow Your Own programs. The state recently instituted the Diversity Innovation Planning Grant program, which will provide 100,000 dollars of initial funding to three high-need districts seeking to implement a Grow Your Own program, with an opportunity to earn two subsequent years of funding. The focus of these programs is to increase candidate diversity by recruiting high school students through new course offerings and partnerships with groups that provide mentorship and training to students interested in teaching, including Educators Rising. According to their ESSA plan, the Tennessee Department of Education will also reinforce alignment between state-funded grants aimed at diversifying the teacher pipeline.

Changes are also underway at the district level: the state expects to increase data-sharing about teacher candidates and broaden the use of a web-based recruitment portal to improve district hiring practices. Partnerships between teacher preparation programs and districts may be a promising way to circumvent potential discriminatory hiring practices that burden diverse candidates. These efforts are all the more necessary in Tennessee, where a state analysis found that in 2014, 122 of the state’s school districts had no Latino teachers and 27 had no Black teachers.

Like Tennessee, Mississippi will expand efforts to recruit teacher candidates in high schools through partnerships with Teacher Academy programs and Educators Rising. According to their ESSA plan, the state also intends to provide technical assistance to districts implementing their own programs and plans to convene a Grow Your Own Task Force that will develop a framework for districts to follow. Additional efforts will be aimed at supporting alternative certification pathways and forging partnerships between school districts and community colleges. These investments will be necessary for the state to achieve its goal of raising the number of minority teachers in the workforce by 25 percent in the next seven years.

Notably, Mississippi has also vowed to implement retention strategies for educators, including in-district advising, coaching, mentoring, and new leadership pathways. This approach is critical due to the high turnover rate of teachers of color and the negative consequences teacher turnover has on student achievement—ramifications that are amplified for low-income and Black students.

According to their ESSA plan, Missouri will focus on leveraging Title II, Part A funds to support local educational agencies in the developing local equity plans, which may include plans for new Grow Your Own programs. The state has already developed a resource guide for local education agencies seeking to design Grow Your Own programs, but it is less clear what infrastructure the state plans to offer to support new and existing efforts. Part of their existing Grow Your Own effort involves a new a pilot program designed through a partnership between North Kansas City School District and Northwest Missouri State University, which offers high school students who want to pursue teaching hands-on experience, college coursework, and two years of tuition-free community college.

As stated in Missouri's strategic plan, the state also intends to recruit at least 1,000 high schools students, 15 percent of whom they project will be non-white, into education programs by the end of June 2018. To realize this goal Missouri—along with Tennessee, Mississippi, and eight other states—partnered with the Council of Chief State School Officers (CCSSO) to strengthen state-level efforts to diversify the teacher workforce.

Meanwhile, Pennsylvania plans to “explore opportunities” to develop Grow Your Own programs as part of their ongoing efforts to bring diverse educators to the state’s low-income and high-minority schools. The state’s ESSA plan does not mention how the Pennsylvania Department of Education plans to support Grow Your Own programs, however. Hinging on available funding the state may develop a competitive grant program to finance local-level efforts to diversify the teacher pipeline.

Although this is not an exhaustive list of nationwide Grow Your Own efforts, these projects do provide a glimpse into some increasingly popular strategies among state and local entities to make Grow Your Own programs more widespread and effective. These efforts involve significant financial investments, and it remains to be seen if these efforts, or similar ones, will deliver the anticipated outcomes; including, a more diverse and effective workforce, fewer vacancies in hard-to-staff schools and hard-to-fill subjects, and ultimately, positive outcomes for students.

Dual Language Learners Grow Your Own