School Discipline in the Age of COVID-19 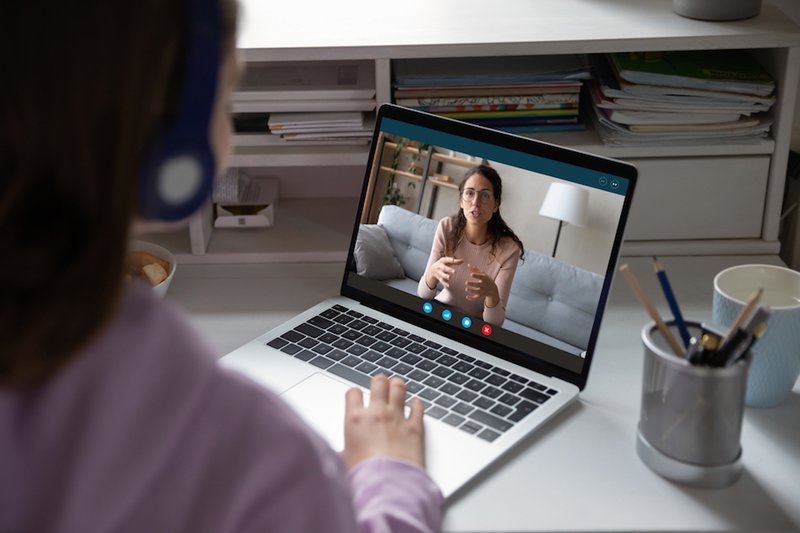 It was the spring of 2020 and Olivia*, a shy first-grader enrolled in a public elementary school in Northern California, wasn’t so sure about the new distance learning setup that had suddenly replaced her familiar routine of learning in her classroom alongside her friends and teacher. Her school day now consisted of Zoom sessions and she was uncomfortable with a close-up of her face being right alongside those of her classmates. The set-up made Olivia feel as though everyone in the class was staring at her without her consent.

Because of her unease at this new virtual learning experience, Olivia was hesitant to fully participate alongside her peers. When her teacher asked her several questions during class one morning, feeling shy and uncomfortable, Olivia put her head down on her desk. She finally responded so quietly that the teacher had trouble hearing her. After telling her to speak louder to no avail, the teacher grew frustrated and removed her from Zoom for the day without explanation.

This incident made Olivia feel embarrassed and even more uneasy about virtual learning. Her mother, a single mother of two struggling to navigate remote schooling for two kids and keep the family financially afloat during an economic crisis, was perplexed and angry: How did this behavior warrant being removed from the classroom and how could she be expected to learn if she wasn’t allowed to be present? Looking back on the incident now, Olivia’s mother says, “Kicking her out was detrimental to her confidence. We’re just now finally getting her excited about participating again almost eight months later!”

Olivia’s story might seem like an isolated example of one stressed-out teacher overreacting, but we know that students across the country have had similar experiences as educators navigate school discipline in a virtual environment for the first time. In Sacramento, a fourth-grader had her email access temporarily suspended after accidentally sending too many messages to the tech support department. Some districts are adopting dress codes for the virtual classroom and repeat offenders can be subject to suspension. A Louisiana fourth-grader was originally recommended for expulsion because a BB gun was visible in his bedroom during a virtual class; the punishment was later downgraded to six days of suspension.

Of course, controversy around how to properly enforce school discipline preceded our COVID era of virtual learning. Recent research finds that K-12 students across the country missed out on a combined 11 million instructional days in a single academic year due to out-of-school suspension. The same research found that major disparities exist in how those suspensions are given to Black and Hispanic students, echoing longstanding concerns that Black students, boys, and students with disabilities receive a disproportionate share of suspensions and expulsions. During the 2015-16 school year, for example, schools suspended Black students at more than twice the rate of White and Hispanic students while suspending students with disabilities at over twice the rate of students without disabilities.

While middle and high schoolers make up the bulk of students who are suspended, our youngest students aren’t immune from harsh disciplinary decisions— far from it. According to the National Association for the Education of Young Children (NAEYC), up to 8,700 three- and four-year-olds each year are expelled or otherwise pushed out of their state-funded pre-K classroom. Black students represent just under half of pre-K children who are suspended more than once despite making up only 18 percent of public school pre-K enrollment.

It’s appropriate for teachers and school leaders to insist on common-sense behavioral guidelines to help ensure a productive virtual learning environment for all students. The use of racial slurs and hate speech in a virtual classroom should be dealt with in a serious manner, for example. But it’s also important that educators understand the unique stresses students are facing as they attempt to learn amid a global pandemic that has disproportionately impacted minorities and heightened inequalities that already existed. The same students who were more likely to be suspended or expelled pre-pandemic, particularly Black students, are now the most likely to be dealing with the trauma caused by events such as the job loss of a parent or the illness or death of a loved one.

And teachers are susceptible to COVID-induced stress just like their students. Many teachers are experiencing symptoms of burnout as they juggle classroom and virtual instruction while worrying about their own health. These same teachers are being forced to adapt their typical classroom management strategies for a virtual classroom setting they never anticipated while also struggling to stay connected with families they may have never physically met.

The coronavirus pandemic is causing Americans to rethink a host of issues, from health care to the purpose of work to where people choose to live. Perhaps the spotlight that has recently shone on school discipline during virtual learning will lead practitioners and policymakers to reevaluate suspension and expulsion policies with a particular focus on how punitive discipline impacts our youngest learners in pre-K and the early elementary grades.

Over the next several months, New America will publish a series of blog posts around school discipline with an emphasis on assisting teachers in handling challenging behaviors through supports like trauma-informed professional development and access to childhood mental health consultants. With a growing number of states enacting legislation to curb the use of suspension and expulsion for young students, it’s more important than ever that teachers are prepared to address difficult behaviors in an age-appropriate manner whether children are learning in a physical or virtual classroom.

*Fictional name used for the sake of student privacy