Student Loan Defaulters Aren’t Who You Think They Are 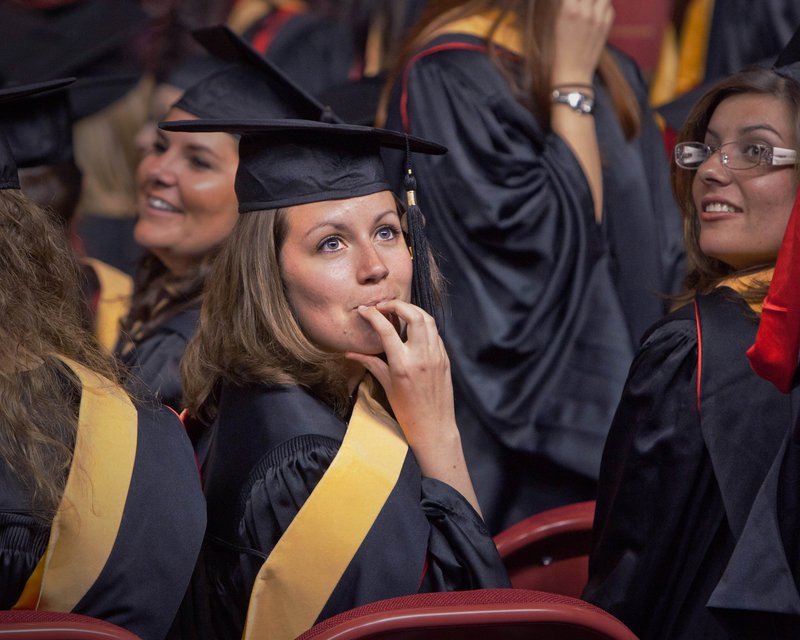 More than 60 percent of college graduates borrow to pay for their four-year degrees, and on average, the debt totals more than $29,000 by the time graduation day rolls around. But despite higher debt levels and the growing ranks of indebted college graduates, very few recent graduates with four-year degrees default on their student loans. That’s because the number of recent bachelor’s-degree-graduates-cum-Starbucks-baristas who borrowed and then defaulted on their federal student loans is tiny.

Yes, there are literally thousand of media stories about too-high student debt levels, and policymakers worry that defaults are spiraling out of control. But bachelor’s degree-graduates comprised just 1.1 percent of  all students who were in default in a recent Department of Education survey (see chart above). Students who earned credentials other than bachelor’s degrees and especially non-graduates made up the other 98.9 percent of defaulters.

From a slightly different angle--the rate of default for students, rather than looking at the students who make up defaulters--bachelor’s degree graduates are especially unlikely to default, relative to their peers who started school at the same time. The Department of Education tracks student loan defaults among students who began school for the first time in 2003-04 through the Beginning Postsecondary Students survey. When the Department last checked in with those folks, post-recession in 2008-09, just 7.6 percent of federal student loan borrowers were in default. But the default rate among borrowers who had earned a bachelor’s degree was far less than 1 percent (0.2 percent; see chart below).

Of course, students who started a bachelor’s degree in 2003-04 and took at least four years to graduate couldn’t have been in repayment more than two years by the time the survey finally ended. That doesn’t leave much time to default. However, another survey that follows bachelor’s degree-graduates for four years after completing college, called Baccalaureate and Beyond, reveals that even four years later, the situation was virtually unchanged. Only 2.3 percent of bachelor’s-degree holders who took out federal student debt were in default on their loans within four years of entering repayment on their loans.

So in contrast to the countless woe-is-the-bachelor’s-degree-graduate stories that have made headlines throughout the past few years, the story of students in default is rarely one of four-year-degree holders. It’s not even a story of high default rates among associate degree-holders who borrowed federal student loans, only 1.9 percent of whom were in default by 2009 in the Beginning Postsecondary Students survey. In fact, of the borrowers included in the survey who were in default as of 2009, over 60 percent never earned any degree. Another one in four earned only a certificate, and close to 9 percent were still enrolled in school.

With 7 million borrowers holding $99 billion in federal student loans in default at last count, the ramifications of those numbers are significant. Most of those 7 million former students probably never earned a degree; many likely weren’t able to find a job that met their expectations for someone with college experience or couldn’t afford to repay their loans, and still others undoubtedly elected simply to not repay the loans. Their colleges may have failed to provide supports for struggling students, or to offer credentials that were designed in concert with the employers who might hire them. They may have left school to work full-time or care for a sick family member, or because they had decided that college wasn’t for them, after all.

These are the borrowers whom policymakers and the media should be most concerned with helping--the borrowers who attended a program with little potential to help them in the workplace, or who never graduated from college. Given the numbers, though, it is time to rethink the profile of the student loan defaulter. Students who attended an expensive school will surely always prefer to borrow less for the experience. Yet those borrowers who make it to graduation day and earn a bachelor’s degree nearly always manage to avoid default.