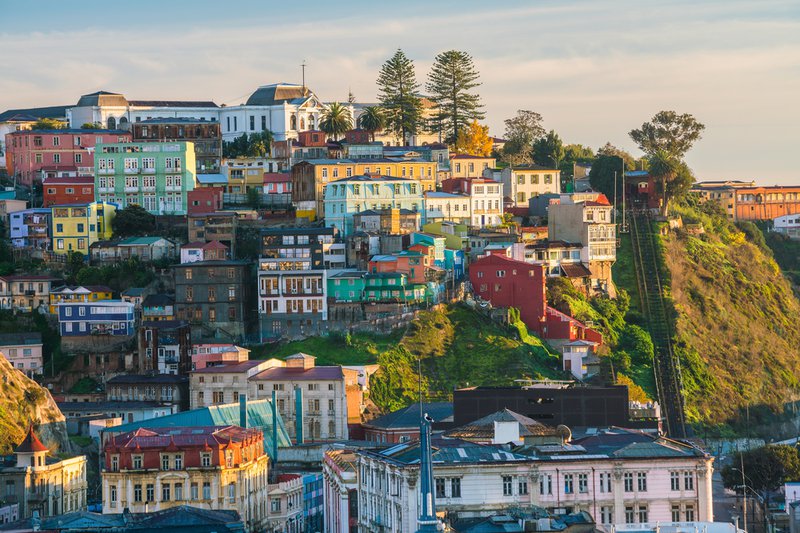 On Tuesday, after a contentious process, Betsy DeVos was confirmed as the country’s next Secretary of Education. Ms. DeVos is a billionaire with a history of using her private wealth to advance an education agenda framed around school choice, including school vouchers that use public funds to provide families with a scholarship or stipend to attend the private school of their choice. With her confirmation finally settled, Americans are likely to hear much more about school vouchers. But do they work?

While many states in the U.S. have implemented school voucher systems (to mixed results), these programs have also been tested abroad in Sweden, the Netherlands, New Zealand and Colombia. Chile implemented a universal school voucher program 1981, as part of a series of free-market economic reforms ushered in by Dictator Augusto Pinochet, who rose to power in a 1973 coup d'état of the socialist government led by the democratically elected Salvador Allende.

As Varun Gauri writes in his 1998 book on school choice in Chile:

[...] The military regime’s technocrats restructured the labor market, introduced vouchers into public housing programs, legalized private health insurance while adding market elements to the public health system, turned over most of the social security system to private pension fund managers, transferred the management of schools and primary health clinics to municipalities, strengthened the municipal finance system, and created a voucherlike [sic] mechanism to finance both public and private schools. (p.11)

Pinochet’s economic policies were crafted by a group of economists (known as the Chicago Boys) who had trained with Milton Friedman at the University of Chicago. In education, Friedman is perhaps most famous for arguing that education policies should establish a “free market” to foster parental choice and promote competition among schools. In a 1995 article, Friedman wrote that “nothing else” would “provide the public schools with the competition that will force them to improve in order to hold their clientele.” Chile’s voucher program has served as a test case for the basic theories that undergird Friedman’s and school choice proponents’ arguments about the impact these models have on student outcomes.

Chile’s transition to a “free-market” education system in 1981 created three types of schools: public municipal, private subsidized, and private non-subsidized. Both public municipal and private subsidized schools accept vouchers, while private non-subsidized do not accept vouchers and cater to the elite. Families have substantial choice and are able to use their voucher in any participating school.The system is universal (open to everyone) and operates as a per-student subsidy that is paid directly to schools, which means that school budgets are inextricably tied to student enrollment.

Chile’s voucher program has been widely studied and largely found to have exacerbated inequality, reduced public school enrollment and minimal to no impact on student achievement.

A 2012 Organisation for Economic Co-operation and Development (OECD) report highlights Chile’s high-levels of socio-economic stratification between public and private schools. According to the report, 80 percent of the most-advantaged quarter of students attend a private school, while only 38 percent of the least-advantaged students attend these schools. Chile’s system has been closely studied by Chilean researchers who find that school vouchers have only served to increase, socio-economic segregation between schools. Researchers at the University of Chile and New York University found that children from families in the lowest income groups enroll in public schools at much higher rates than do children from the middle-class, who are more likely to use vouchers to enroll in private-subsidized schools.

Vouchers have worsened socio-economic segregation largely because of the program’s design and the limited availability of private schools in small, rural areas. First, private subsidized schools can charge additional fees or tuition (up to a ceiling of $125), which can limit access to low-income families and keep them in the public school system. One study that sampled parents living in Santiago found that the self-reported monthly income of families who chose to attend public school was $304/month, which can make it difficult to afford the cost of fees. Indeed, these schools have an incentive to charge co-payments due to the fact that they can operate as a for profit business.

Second, private and public schools operate under different regulations. Until recently, private subsidized schools were able to screen, select and expel students based on their own criteria. Public schools do not have flexibility and must admit any student. As researchers Alejandra Mizala and Florencia Torche found in their research on the socioeconomic stratification in Chile’s schools that  “while the voucher sector serves a diverse population, voucher schools are socioeconomically homogenous — some of them appear to concentrate better-off families, while others focus on poor communities.”

These statistics reflect Chile’s larger societal structure, which is highly stratified by social class. Research suggests that parents often base decisions about where to enroll their children based on the student demographics of the school. Gregory Elacqua, Mark Schneider and Jack Buckley studied how parents in Santiago made school choices. While parents reported that academic quality was an important factor in their decision-making about what school to send their child to, their actual choices revealed that this decision was largely influenced by student demographics. In fact, 87 percent of parents only considered schools with similar student demographics.

To be sure, the increase in private subsidized school enrollment has been accompanied by the rapid expansion of the private school sector, which grew from 2,425 schools in 1990 to 5,545 schools by 2009. Notably, 30 percent of schools in Chile are for-profits that are largely run by former educators and are independent schools (not part of a franchise or network of schools).

If Friedman’s theory is correct, there should have been a commensurate decrease in the number of public schools, but that has not happened in Chile. In their widely cited 2006 article on the impacts of Chile’s voucher program, researchers Chang-Tai Hsieh and Miguel Urquiola argue that it might be because “public schools did not face strong incentives to compete” with the private sector. That’s likely due to the fact that public school budgets are supplemented by municipal governments, generally to help them absorb the loss of students. And like in the United States, closing neighborhood schools is a highly contentious process even in the face of declining enrollment and low student achievement.

Many researchers have attempted to examine the impact of Chile’s voucher system on student achievement, but little consensus has been reached.  Hsieh and Urquiola’s 2006 study concluded that vouchers did not lead to improved student outcomes. Several other studies have similar findings and some argue that public schools may actually do better at educating students than private subsidized schools. In contrast, other studies have found that private subsidized schools have better results than municipal schools (with comparable budgets) and a 2004 article found that vouchers led to stronger outcomes for students across all socio-economic levels.

The majority of studies reveal the methodological constraints of examining the impacts of vouchers on student achievement and the difficulty of controlling for the selective sorting of students into schools (e.g. students and teachers are not randomly assigned to schools and many schools end up being fairly segregated by socio-economic levels).

On international measures, such as the PISA assessment, Chile has not fared well. In 2015, Chilean students scored well below the PISA average in science, mathematics and reading. Specifically, the average PISA scores for science and reading were 493, but Chilean students’ mean scores in those areas were 447 and 449. Moreover, the difference in science performance between private and public school students was 46 points. These assessments serve to highlight the impact of socio-economic segregation on student achievement. “In 2006 the variance of PISA test scores that was explained by socio-economic background in Chile was stronger than anywhere in the OECD...indicating that the school system needed to do more to help disadvantaged children catch up” writes Nicola Brandt in her 2010 OECD working paper on Chile’s education system.

Chile’s government has implemented several reforms in order to correct some of the inequities created by the education market. In 2008, the Preferential School Subsidy law provided schools with a higher subsidy for students from low-income families. Private schools that accept the SEP subsidy must sign a contract with the Ministry of Education, which mandates that they implement a self-assessment, set improvement targets, design a 4-year school improvement plan and are prohibited from charging extra fees. The law’s impact has been to increase choice among low-income families and to accelerate enrollment losses at public schools. In 2016, only 36 percent of students were enrolled in a public school.

The General Education Law of 2009 prohibited private subsidized schools from screening and selecting students before grade six. The aim of the provision was to end this widespread practice and limit the socio-economic segregation of students. However, research suggests that this practice is still widely-used and that the law has been poorly enforced.

And in 2015, the government passed the School Inclusion Law, which eliminates parent co-payments (which were charged by 80 percent of private subsidized schools), creates financial incentives such as increasing the SEP subsidy, reaffirms that schools receiving a subsidy cannot select students, and eliminates for-profit voucher schools. These actions were inspired by a large, and successful, 2011 student uprising against privatization (especially in higher education, which has seen even larger impacts due to these policies) to implement policies to help ensure education is a “social right.”

What lessons does Chile offer to the United States? First, it provides a cautionary tale on the potential for voucher programs to exacerbate school socio-economic segregation. Here in the U.S., schools in urban areas are not only racially segregated but have high levels of concentrated poverty and policymakers are right to be concerned that universal voucher programs may exacerbate this problem. Second, Chile’s recent reforms highlight the importance of considering equity up front and ensuring that private vouchers schools are held to the same standards as public schools. Evidence from Milwaukee’s voucher program suggests that holding private voucher schools to different standards can foster the creation of low-quality schools that do little to advance student learning and achievement. Finally, the inconclusive evidence on boosting student achievement is a red flag for policymakers who believe that simply shifting students into a private school will lead to stronger academic performance. Voucher systems are no cure for the inequities that plague our education system.