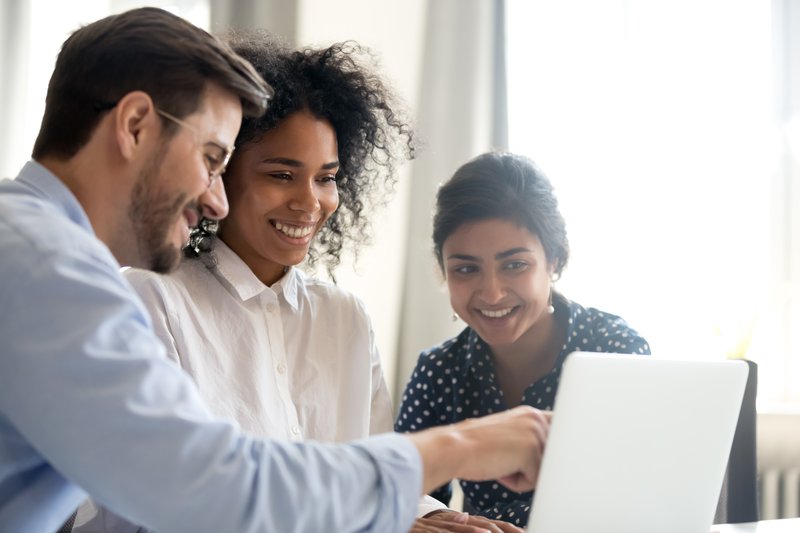 During my first two years of college, I held an array of Federal Work-Study (FWS) jobs: working in admissions giving tours and answering phones, producing media broadcasts of athletic events, and updating archives. These jobs helped me afford college, especially in a small town where off-campus employment was hard to come by. FWS recently made headlines when COVID-19 forced students off campus and out of work: students who rely on their FWS funds to defray the cost of college have been left out to dry. But the problems with FWS existed way before the pandemic. With the current spotlight on FWS, it’s worth discussing the shortcomings of the system and addressing these problems to better serve students.

Congress established the FWS program nearly 60 years ago with the intent to provide low-income students earnings “to pursue courses of study.” The FWS funds allocated to schools are based on a two-part formula: a base guarantee and a fair share formula. The base guarantee makes sure institutions receive 100 percent of their FY1999 allocation, and the fair share formula awards extra funding to schools based on their cost of attendance (COA) and students’ estimated family contributions (EFC).

Institutions provide matching funds to the money they receive from the FWS program for students’ wages, so that federal share of funding is 75 percent and institutions cover the remaining 25 percent. For example, if a school accepts $60,000 in federal funds for FWS wages, then they are required to supplement these funds with $20,000 in nonfederal funds. Once a school receives FWS funds, financial aid administrators decide on how to award these funds to students in need. Students rely on their FWS wages to afford various living expenses like food, rent, and transportation.

There are many issues with the current FWS system. Perhaps the most problematic is that its purchasing power has decreased substantially since its inception. In the 2016-17 academic school year, the average FWS award was $1,639. While this amount may have been sufficient to accomplish the original goal of FWS decades ago, it isn’t now. The cost of college is at an all time high, and a work study award does little to completely offset this cost.

The FWS funding formula disproportionately benefits older, wealthier institutions. Schools who have been in the program longer and whose students have a larger gap between their EFC and COA receive more money. Schools with the biggest gaps tend to be more expensive, charging tens of thousands of dollars for tuition and also serving fewer low-income students, the intended beneficiaries of FWS. A study from the Urban Institute shows that the majority of FWS funds go to students at private, nonprofit institutions, despite the fact that most low-income students are concentrated at public colleges and universities. In the 2016-2017 academic year, students with an annual household income of more than $60,000 received nearly 40 percent FWS funds.

The Department of Education’s budget request for FY2021 included a $680 million reduction in FWS funding. This is a move in the wrong direction. Increased investment in the FWS program is necessary to keep pace with the cost of college and deliver on the program’s founding mission. Additional funds could also be useful for expanding the program. In the 2015-2016 school year, only 5 percent of all college students received FWS; the program only has the capacity to serve a fraction of those who truly need it.

The allocation formula should also be revised so FWS funds go to institutions with the students who need it most. In a 2015 paper, higher education professor Robert Kelchen proposed changing the current FWS allocation formula to direct more money to schools who serve more low-income families. Kelchen recommended eliminating the base guarantee part of the formula and shifting entirely to a modified fair share formula; by limiting the COA that schools use to determine how much money they recieve to the 25th percentile of the tuition and fees of schools in their sector, wealthier and more expensive institutions are put on equal footing with lower cost schools, meaning that the gap between a school’s COA and a student’s EFC would be more accurately measured and reflective of students with true need. Changing the allocation formula would be a crucial step in ensuring that FWS funds are directed to the schools with students that need it most in an equitable way.

In the meantime, colleges and universities are in the midst of deciding how to operate campuses in the fall, and their decisions will have serious implications for student workers. Continuing to operate remotely or even in a hybrid setting will impact the hours students can work in common FWS jobs, like in food service or at the library. But if students are unable to complete the hours either in-person or from their homes due to campus closures, will colleges continue to pay them?

In March, the Department of Education released guidance clarifying that schools could continue to pay their FWS students, even if they were not working on campus or remotely. Some schools stepped up to help these students by promising them a paycheck for the work they were scheduled to complete for the remainder of the semester, but others like Boston College did not, citing insufficient funds after issuing room and board refunds to students. This is a major injustice that deprives students of vital resources during a time when they need it most.

With the nation heading into another recession and experiencing record unemployment rates, college students are looking for any funds they can scrape together. The CARES Act waived the matching requirement that schools would normally give for FWS wages, meaning that, at the very least, the federal share of FWS funds for the fall semester will be available. If schools are serious about delivering on the FWS program’s promise of providing students with financial resources to complete their studies, they should make these funds available to students, even when campus closures continue. These are extraordinary circumstances where schools can utilize flexibility authorized by the government to help students.

Students need more support, especially during this critical time. The pandemic has underscored the importance of the FWS program for students, but substantial changes can be made to improve its efficacy. FWS is one aspect of the higher education landscape where reform can make a meaningful difference; changes will help college become more affordable for low-income students.