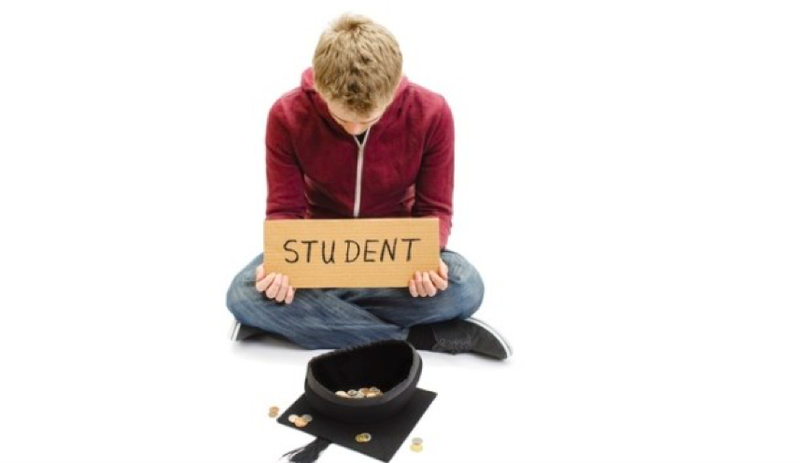 The Federal Work- Study program was initially created to provide an opportunity for these low-income students to offset costs while in school by working. Federal Work-Study participants are 3.2 percentage points more likely to earn a bachelor’s degree than nonparticipants, and research shows that the outcomes for participants who are low income and/or attend public institutions are even better. This may seem to bode well for today’s students, but the Federal Work-Study program is relatively small, serving only about 700,000 students per year. And just as today’s college students look different than one might expect, so do Federal Work-Study recipients. This is largely due to an archaic funding formula.

The below graph shows undergraduate enrollment numbers broken out by institution type on the left, and on the right the percentage of total Federal Work-Study dollars that are allocated to each type of institution.

Although the majority of America’s students are enrolled in public two- or four-year colleges, private nonprofit four-year colleges receive a substantial amount of Federal Work-Study dollars. At these private four-year institutions, 90 percent of work-study recipients are dependent, and of these dependent students 25 percent have adjusted gross incomes of $93,777 or higher. The average adjusted gross income for a student receiving Federal Work Study who attends a private, nonprofit four-year institution is $64,431.

To understand why federal dollars are being distributed this way, it is necessary to understand the program’s origins. The Federal Work-Study program was created in 1958 under the Economic Opportunity Act, but was later transferred following the passage of the National Defense Education Act in 1965, and became a part of the Higher Education Act. The program was created to provide an opportunity for low-income students to offset costs while in school, while simultaneously providing them with work experiences related to their educational goals. According to the Act:

“In the selection of students for employment under the Work-Study Program, an institution shall give preference to students from low-income families.”

But the program’s admirable goals were soon lost to a change in the funding formula. From the program’s initial implementation through 1979, a panel of experts reviewed institutional requests for funding and made appropriation decisions. The panel reviewed each institution’s request individually, making this method both incredibly inefficient, and subject to bias. In 1979, in the interest of fairness and efficiency, the panel was replaced with a two-part funding formula. The decision to change the formula was met with outcry from institutions, unsure of how it would affect their funding levels. The first part of the formula, the campus base guarantee, was a placating response to the institutional upset, and ensured that each participating institution would receive 100 percent of the total they received in 1979, or “the base year.” With each reauthorization of HEA, the base year is moved forward; the current base year is 1999-2000.

The campus base guarantee presents a problem to equitable funding because it does not reflect changing demographics among and across institutions that affect student need. This point is highlighted in the state level Pell and work-study distribution maps above. The campus base guarantee was instituted as a temporary solution to prevent a shock to the system, with the intent that it would eventually be phased out. It never was.

Today the base guarantee remains part of the funding formula, and accounts for 67 percent of all FWS dollars allocated. Because the campus base guarantee was never phased out, older private institutions, particularly in the Northeast and Mid-Atlantic continue to receive the majority of Federal Work-Study dollars, despite the fact that financial need tends to be more concentrated in community colleges, especially in the South.

However, the campus base guarantee is only part of the problem. The “fair funding formula” is also designed in a way that rewards expensive, elite institutions and prevents the Federal Work-Study program from effectively serving students in need.

At institutions with high tuition there there are larger gaps between cost of attendance and average estimated family income, so regardless of enrollment of low income students, these institutions have higher “institutional need” and are appropriated more money. But “high need” students at high tuition schools are often not low-income (think back to the students with AGI’s of $93,000).

The Federal Work-Study program has great potential, but given how far it has deviated from its goal, policy makers must be committed to serious reforms if the program is to be successful in supporting low-income students. The Obama Administration’s 2016 Budget Justification proposed reforming the formula to be based primarily on institutions that enroll and graduate high numbers of Pell eligible students. Over the past few years many other groups such as CLASP, NASFAA, and Young Invincibles have also come out with their own proposals on how the program could be reimagined to better serve students in need. Later this month, I will be coming out with a report that compares the current landscape of recommendations, and looks at the implications of each on future funding distributions.

In 1979, policy makers examined the function of the Federal Work-Study program and determined that it needed to be changed. Today as we approach HEA reauthorization, the time is ripe to again remake FWS as a program with funding that is fairly distributed and achieves its original intended goals of providing career development and helping defray tuition costs for students who need it the most.