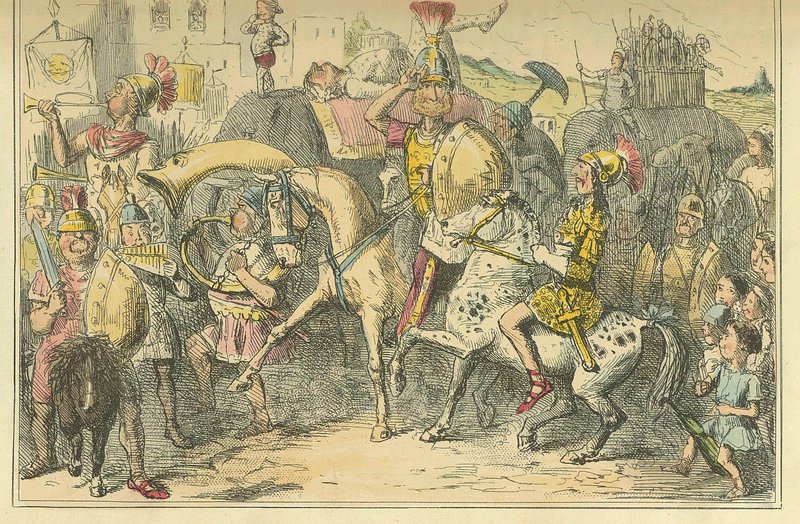 When it comes to the recent spate of education policy debate over voucher oversight, I feel a bit like an outsider looking in. For the most part, the argument has been entirely contained within the community of libertarian-leaning voucher advocates. In other words, it’s been a conversation mostly of, by, and for the crowd that will be attending events along National School Choice Week’s whistle-stop tour (including one in D.C. tonight).

This particular round of argument touched off with the publication of a Fordham Institute policy toolkit, “Public Accountability and Private School Choice.” It includes vignettes from existing voucher programs, a suggested op-ed for pushing voucher accountability, and “model statutory language” for lawmakers suffering from writer’s block. Taken as a whole, it offers basic materials for a voucher supporter to convince a community of voucher supporters that students using a voucher to attend private schools should take state assessments. They recommend that private schools whose voucher-supported students consistently demonstrate poor results be prohibited from enrolling new voucher-supported students until their data improve.

Perhaps more Americans would support voucher programs were there evidence that the money was being spent well.

The voucher-supporting blogosphere caught fire almost immediately. Matthew Ladner wrote that Fordham’s toolkit betrays the Institute’s own insights about state accountability systems. Cato’s Jason Bedrick argued that Fordham is reading too much into research linking accountability systems to improved student achievement. He also argued that accountability is already sufficiently embedded in a voucher-driven education marketplace, without state involvement. Finally, the Friedman Foundation’s Robert C. Enlow worried that the toolkit would make government tyranny the status quo for participating private schools, with all the moribund conformity that comes with teaching to state tests.

As a voucher skeptic, I’ve found it a bit difficult to get my head into this particular fight. It’s been like listening to red carpet coverage at the Oscars: I’m reasonably intelligent. I’m familiar with the subject matter. I can get a basic notion of why the commentators are having the argument they’re having, and even why it matters—but it’s still an alien conversation. Their primary concerns—and really, the broad worldview within which the argument is being conducted—only occasionally and accidentally overlap with mine (Cf. “epistemic closure”).

At first blush, I decided that Fordham was putting the cart before the horse. Public support for vouchers is not particularly strong. Last year’s PDK/Gallup polling showed that 70% of Americans oppose them. I would have thought that Fordham’s ink (or, erm, megapixels) would be best spilled (processed?) swinging that number around. Why offer a toolkit to adjust a program that most Americans aren’t interested in considering in the first place?

But, to be fair, that’s part of what Fordham’s promising. Among other things, the toolkit:

Lays the groundwork for a grand bargain. Accountability in return for serving more families with more generous scholarships may be a better political calculation than the current status quo.

Bad private schools will get lots of media attention, which will drive down public support for school choice and strengthen the hands of those who opposed such programs in the first place and are just waiting to eradicate them...Talk to people on the ground in Milwaukee, and they will tell you similar nightmare stories about their longstanding voucher program. There are private schools in church basements receiving taxpayer-funded subsidies where there seems to be virtually no learning going on, regardless of how you measure it.

Or talk to people on the ground in Washington, D.C. As I wrote in a post last November, its Opportunity Scholarship Program has received $152 million in federal funding, serving nearly 5000 students over the last nine years.

And according to the Government Accountability Office (GAO) report, it's an administrative disaster. Schools without basic accreditation were allowed to participate. Fiscal reports showed up well over a year after their deadlines. The directory of participating schools for 2012–2013, designed to inform parents about their choices, was only published in May of that academic year—i.e. as the school year was ending. Basic safety requirements were ignored. Voucher administration was often so late (and sloppy) that it prevented parents from pursuing financial aid at participating schools.

That’s just a sampling. There’s much more in the GAO’s report. But it’s hard to see how parents in the D.C. voucher program could make anything like informed choices or, by extension, bring market forces to bear on participating schools. It’s even harder to imagine how anyone vaguely concerned about fiscally responsible use of federal funds could support such a program.

Sure, some of this might be fixed by adjusting existing regulations, revamping the system of voucher administration, and/or replacing the personnel involved in the system. Perhaps.

But it’s also possible that it is just miserably difficult to design or maintain accountability for voucher programs. Public school districts, bureaucratic behemoths that they (often) are, have a considerable advantage here: their students are educated together, in a relatively limited number of buildings, by the district’s own employees. While district administrators have a heavy regulatory burden to bear, at least it’s within their locus of control.

But voucher programs have none of those advantages. Their administrators must keep track of public money flowing into facilities and administrative systems across the region and into the pockets of various private sector employees. It’s next to impossible to oversee this sort of a program efficiently or hold it to any clear set of standards. Their students are scattered across various buildings, classroom settings, and curricula.

Which, by the way, helps explain Fordham’s efforts to find a middle ground—accountability geared only to state tests, but with some punitive teeth—have been met with such a hostile response. It's a noble effort, but one that won't satisfy advocates any more than skeptics. While that's sometimes good news in polarized debates, in this case, it simply highlights the central tension at voucher programs' core.