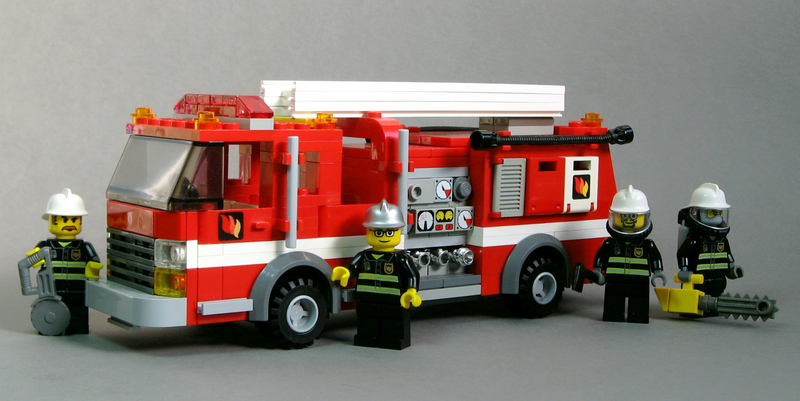 Like many other political issues, education debates frequently suffer from a lack of definition. This encourages ideological rigidity while undercutting productive discourse. For instance, it’s relatively easy—and common—to argue against or in favor of “charter schools.” It’s comparatively more difficult to acknowledge that charter schools vary widely according to the state charter laws framing their existence.

Debates over vouchers often suffer from similar problems. At their usual level of abstraction, these arguments just serve as proxies for bigger fights over the purpose and structure of public schools. They rarely address the specific ways that voucher programs serve—or do not serve—their stated purpose.

A recent Government Accountability Office (GAO) report on Washington, D.C.’s Opportunity Scholarship Program (OSP) invites voucher proponents to think much harder about how to make that program work for the students and families that it serves. A warning: it makes for tough reading for true voucher believers. The Washington Post called the report “scathing,” and that actually understates things a bit. The GAO thoroughly, comprehensively eviscerates the DC Children and Youth Investment Trust Corporation’s (the Trust) management of the program.

The report especially matters because of the OSP’s size and prominence. Over the last nine years, it has received $152 million in federal funding. This represents public scholarships for almost 5,000 students to leave the public schools and attend private alternatives. This year, scholarships for the K–8 years are around $8,000. High schoolers get around $12,000.

And its administration is a catastrophe.

The GAO’s report is unsparing. It notes that the Trust’s annual Participating Schools Directory provides incomplete information about various schools’ tuition scales, fees, and even accreditation. The report notes an example (emphasis mine): “One school was listed as having the National Association of Episcopal Schools as an accrediting organization, but this organization does not accredit schools.” That would be bad enough. But there’s more: the Trust “published the Directory for the 2012-2013 school year in May 2013, about 9 months after the start of that school year.” That’s right: the Trust published a directory to guide parents’ enrollment choices for the 2012-2013 school year...at the end of that school year.

The Trust isn’t just late with information to parents. It’s required to publish its financial reports no less than 9 months after the end of each fiscal year. The report for fiscal year 2010 showed up on January 13, 2013—about 18 months late.

The GAO also found that, in many cases, the Trust could not vouch for schools’ compliance with the program’s basic legal requirements. For the most part, these aren’t controversial requirements. They’re simple questions, stuff like: Does the school receiving federal scholarship funds have a valid certificate of occupancy? Does a school’s enrollment exceed the capacity for its site? In many cases, the Trust was simply charged with prompting relevant D.C. agencies to check up on building safety, student health records, and other basic requirements in schools receiving scholarship funds. The GAO found that “Trust officials were not acutely aware that they were responsible for notifying the District agencies.”

The report draws attention to other challenges for the OSP that have more to do with the resources and program design than with its administration. The OSP is designed to allow parents of students trapped in struggling public schools to choose better private schools with taxpayer support. Priority is given to students who attend schools designated for improvement under ESEA. The logic of this approach is appealing; Washington, D.C. is home to a bevy of outstanding private schools—and one of the least effective public school systems in the country. If vouchers can take students from chronically failing public schools and place them alongside Malia and Sasha Obama at Sidwell Friends (for example), then that’s clearly an improvement for them.

And it would be. Except that, as the report puts it (emphasis mine):

Although there are 53 participating schools in OSP, over half of OSP students enroll in 8 of these schools. In the 2011-2012 school year, the estimated minimum cost of attendance at all of these 8 schools was completely covered by the full OSP scholarship amount.

Many of the other 45 eligible schools cost so much that they are essentially inaccessible to low-income families whose resources are often limited to the OSP scholarship. This is by definition, of course. Families that have significant supplemental resources to spend on private school don’t qualify. Consider the numbers: to qualify for an OSP scholarship, new students must come from families at or below 185 percent of the federal poverty line. For a family of four, this comes to $36,131 in household income. When the tuition at D.C.’s best private schools runs well above $30,000 per student and OSP awards are administered so late in the summer that families are unable to apply for financial aid from these schools, it’s easy to see how parents’ choices are significantly limited (Note: the GAO found that 10 OSP students enrolled at Sidwell Friends in 2011-2012. The numbers were worse at similarly prestigious private schools: just 1 OSP student enrolled at Georgetown Day School and 0 enrolled at Washington International School).

And as we saw above, even the program’s most basic quality control mechanisms are embarrassingly lax. This should fuel suspicion that these affordable private schools might not necessarily be of much higher quality than the public options they’re replacing.

The easy, unthinking conclusion: vouchers are a disaster. Folks predisposed to that conclusion will find ample support in the GAO’s report.

Much harder to answer: Does this report prove that vouchers are a disaster—or that this particular voucher program isn’t designed or administered in such a way that it meets its objectives?

On the one hand, there’s reason to be seriously concerned about the challenges of providing accountability for a program designed to offer diverse and flexible options for parents on this scale. During the 2011-2012 school year, the Trust was responsible for overseeing public funds (and student experiences) at 47 different schools in D.C. This is a very different task than the one that most education officials face, both in terms of scale, diversity of school sites, and many other variables.

For instance, public school officials visit school sites where most of the organizational and structural elements are similar—if not identical. All students at each site are subject to the same regulatory scheme. D.C.’s voucher program, meanwhile, serves dozens of different schools managed and run in many different ways by different organizations with substantively different approaches in widely different settings. This isn’t a good or bad thing—it’s just a true thing about private schools. The challenge for voucher proponents is to show that this hurdle can be overcome.

Voucher programs disbursing taxpayer money clearly need oversight. Is it possible to provide critical transparency and accountability while maintaining such wide flexibility for students and families? Perhaps. But the GAO report certainly provides critical evidence to the contrary.

On the other hand, the Trust’s current leadership (which has been in place for just under a year) argues that they have not yet had sufficient time to right what was a sinking ship when they arrived. If that is indeed the case, they’d better demonstrate real, substantial progress soon, or the fallout could damage vouchers’ reputation beyond D.C.’s borders."