The work to build universal pre-K in California has been a long time coming. Now, with it likely to become law in the state, some are concerned about unintended consequences on an already fragile system. 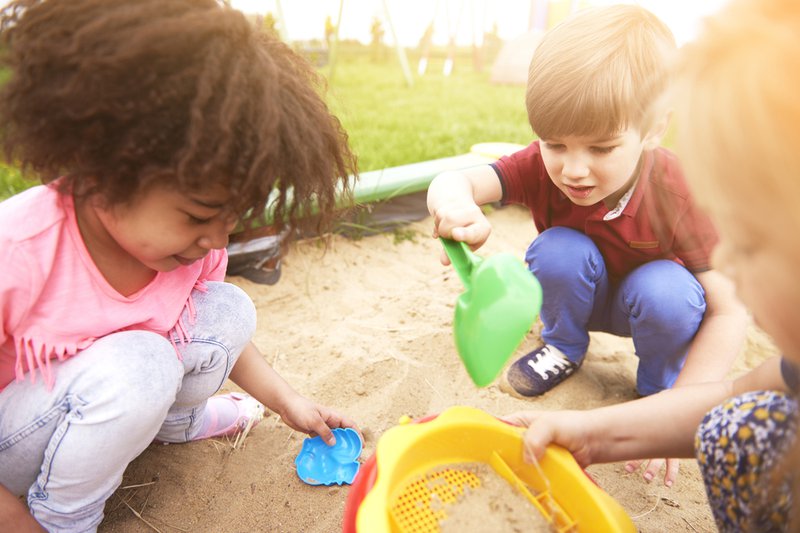 California will expand the state’s Transitional Kindergarten (TK) program to all four-year-olds if a current placeholder budget is enacted on July 1st. If approved, the state would phase in the program incrementally over three years starting in the 2022-23 school year.

TK was started in 2010 as a new grade level in California’s public schools for four-year-olds with fall birthdays. California had one of the youngest kindergarten entry dates in the nation at the time, which meant children started kindergarten as young as age four. The new grade level was meant to rectify that problem, but it also created new inequities because it was only available to a small number of children.

The work to build universal pre-K in California has been a long time coming. Efforts to support the state’s large population of young children, many of whom are growing up in poverty, have sputtered over the years. The state consistently ranks low in pre-K access and quality as compared to other states and still serves only a small percentage of it’s three- and four-year-olds in the California State Preschool Program. The California State Preschool Program, which would remain in place under this new proposal, only serves children from families with low incomes.

But Governor Newsom campaigned on issues of early childhood, and with his two-year-old son in his arms, promised in his inauguration speech in 2019 to “support parents so they can give their kids the love and care they need, especially in those critical early years when so much development occurs.”

Expanding TK to serve all four-year-olds was a key recommendation in California’s recent Master Plan for Early Learning and Care. Now, with the state's budget in a surplus and the Biden administration proposing universal pre-K, Newsom is taking the first steps to put that plan into action as part of efforts to support young children and families in their recovery from the coronavirus pandemic.

Many feel now is the right time to make this investment. There has been support in the state assembly and leaders say universal pre-K is one of the most important steps the state can take to close its longstanding achievement gaps that exist based on race and family income.

Several large districts in the state, including Los Angeles Unified and San Diego Unified, have already expanded TK to more children. And studies show that the program is working. Students who attend TK enter kindergarten with stronger math and literacy skills and are more engaged in their learning than students who did not attend. TK also has particular benefits for dual language learners and students from families with low incomes.

Kim Pattillo Brownson, an appointee to California’s Early Childhood Policy Council, said recently that if all of the slots in California’s State Preschool Program become available for three-year-olds, “that would put California in the position of serving more low-income 3-year-olds than any other state in the union.” Brownson also points out that data show that two years of quality early learning can be much more impactful for young children than one year.

There are provisions in the budget and in a similar bill moving through the state legislature to address some of the longstanding concerns about the TK model by making improvements to program quality. For example, proposals include support for curricula reform, lowering adult to child ratios to those that are more appropriate for four-year-olds (they have been as high as 1:24 in some TK classrooms) and support for well-trained teachers.

But there is also concern in the state about unintended consequences of moving four-year-olds into the public school system. Head Start California wants funding to be allocated more evenly across all of the state’s mixed delivery system, which provides more flexibility for families. More than 50 organizations including First 5 and the state’s teachers’ unions signed on to a letter to state legislators this month asking for a $50 million appropriation in the state budget for grants to ensure local Head Start programs can continue to reach more children as TK expands.

Community-based providers are concerned about losing four-year-olds to the school system, which some fear will be too focused on meeting academic benchmarks instead of providing, for example, play-based, developmentally appropriate instruction and support services. Others are asking how families will get care they need in the summer months or in the afterschool or evening hours when many parents have to work.

Still others are raising questions about how to make sure the early childhood expertise that exists in the state is brought into TK classrooms, through coursework requirements or alternative credentialing. TK teachers are currently required to have a bachelor’s degree and some coursework or training in child development.

And still others called for the same level of attention and investment to the rest of the state’s infrastructure for early learning and care. California’s mixed delivery system is really important to maintain and to properly resource, said Kym Johnson, the executive director of Bananas, a child care resource and referral agency in Oakland. Johnson emphasized that families and communities in California have very diverse needs. She’s concerned that policymakers have not paid close enough attention to how this change will be implemented on the ground in ways that meet the needs of the state’s families and communities.

Research shows that when states enact universal pre-K programs that are only offered in public schools, like TK, it can have a negative impact on the financial stability of community-based providers, who often rely on serving mixed ages of children to stay financially viable. Some models like the program passed last year in Multnomah County, Oregon have included extra support to strengthen infant and toddler programs in order to mitigate any unintended consequences on the whole system.

“Universal pre-K is a really good thing,” Johnson said, “and it especially looks good from a 30,000 foot level. What we have to be careful of is that we don’t paint the early care and education system with one big broad brush.”