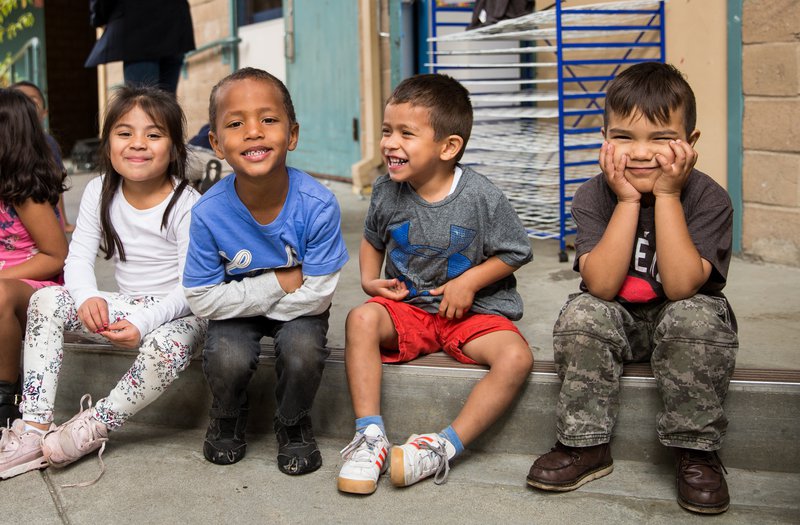 With a new governor who has proposed making a historic investment in programs to support young children and families, Californians with interest in early childhood policy have a lot to talk about these days. Last Thursday, they had their chance. New America and the Learning Policy Institute hosted a forum and reception in Sacramento for dozens of policymakers, researchers, and educators in the world of early childhood education in California.

Ann O’Leary, chief of staff for Governor Gavin Newsom and a national policy advisor on early childhood issues across many roles over the past decades, presented the keynote address. Early childhood education, O'Leary said, "is not a small thing" for Gov. Newsom. "It wasn't the 10th issue or the 12th issue, it was one of the front issues that he ran on. He talked repeatedly and run campaign ads on early childhood." She added that he not only understands the science and is committed, "he is also the father of four young children, and that makes a difference. You see it in the way he thinks."

The event also featured remarks from Linda Darling-Hammond, president of LPI, and a panel discussion led by Sarah Jackson of New America. Panelists included Deborah Stipek of Stanford University, LaWanda Wesley of Oakland Unified School District, Kim Pattillo-Brownson of First 5 LA, and Hanna Melnick of LPI. More about the event can be found here and video is below.

Gov. Newsom’s budget includes several key proposals for early childhood and early learning—including increases in the number of income-eligible children who can attend the California Preschool Program and one-time dollars to make full-day kindergarten available across the entire state (we’ll be writing more on those proposals in the coming weeks). As policymakers start to get into the weeds of legislation to make these ideas real, they may want to review several reports that focus on the ingredients needed for high-quality early learning programs. Reports released at the event include the following:

In addition, last Friday New America and LPI co-led the early childhood breakout session at the annual conference of Policy Analysis for California Education (PACE). It featured Anna Arambula, the Fresno Language Project Coach at the Fresno Unified School District; Beth Meloy, Senior Researcher and Policy Analyst and Co-Lead of the Early Childhood Learning team at the Learning Policy Institute; Vickie Ramos Harris, Associate Director of Education Policy at the Advancement Project; and Deborah Stipek, Professor at the Stanford Graduate School of Education and Faculty Director at the Haas Center for Public Service at Stanford and Faculty Director of PACE. Stipek is the author of the early childhood brief that is part of PACE’s recent report, Getting Down to Facts II. Slides from the early childhood session are available here.