Bringing adults back to college? Just call and ask

Cleveland (Re)connects with a new resource 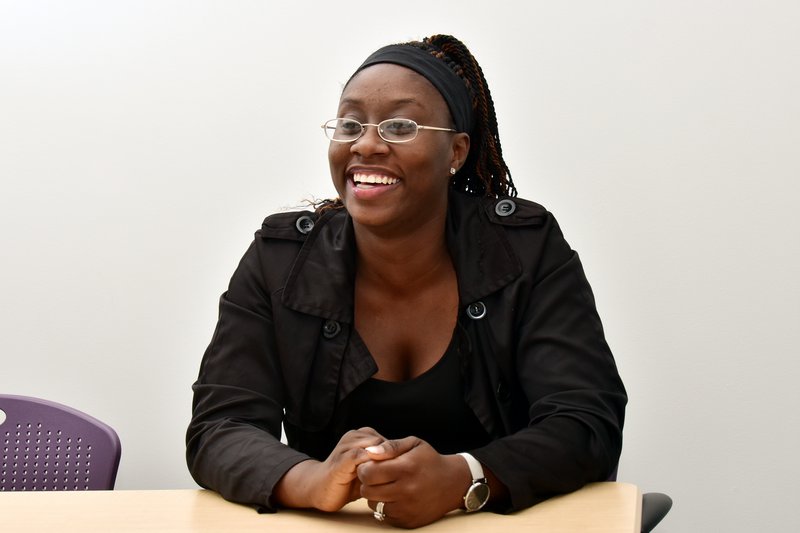 In Cleveland, a simple idea has made a big difference for both colleges and for adults who left school before graduating.

On campus, administrators like Peter Meiksins at Cleveland State University have a challenge:

There simply aren’t enough 18-year-olds to grow enrollment at their colleges. Nationally, enrollment has declined from 2010 to 2017 and will barely expand by 2028. “Everybody thinks of the 18-year-olds, the shiny new faces,” Meiksins explained. But there aren’t enough shiny new faces to go around. That’s why, for their college’s fiscal health, administrators like Meiksins want adult students on campus. But, given societal norms and expectations, it’s a challenge.

Trayshawna Fason, a mother of four, faced her own daunting set of challenges when she returned to college to earn a Cleveland State University degree at age 30.

Her father was murdered. She suffered childhood sexual abuse. She became pregnant at 12. She suffered homelessness. Yet she graduated.

What made the difference? One phone call.

“Oh, my goodness. Every time I think about Adam, I want to cry,” Trayshawna said, her voice catching as she talked about Adam Sikula, the (Re)connect staffer on the other end of the line. “I had kept hitting dead ends – but this time it was meant to be.” Sikula arranged scholarships and counseling.

Fason came back to college. (Re)connect to College was the reason.

That same (Re)connect phone call made a difference to Cleveland State University. When Fason came back, she brought needed tuition revenue with her, giving CSU another graduation to count. Each graduation unlocks more state funding.

In Ohio, just over one in four adults has a bachelor’s degree or higher. One in five began college, but didn’t finish. College graduates typically command higher earnings. But adults who don’t finish don’t get the earnings bump that comes with a diploma. Worse, like Fason, who had to work multiple jobs just to make ends meet, students who don’t finish are often saddled with unaffordable college debt.

(Re)connect to College systematically reaches out to students who have “stopped out” of college, as Fason did, and tries to turn them into “comebackers.” (Re)connect helps them settle old balances, find financial aid, deal with academic bureaucracies and link courses to careers. Their success is inspiring.

So how does it work?

It took a trusted partner, College Now, -- a well-known and admired Cleveland organization -- to make a difference.

Meiksins explains: When students stop out of college, they leave behind their coursework, but take their debt with them. When their former college comes calling, it’s most likely to collect on that debt. Time to send that call to voicemail oblivion.

Cleveland State University had already tried calling their students to come back, but it didn’t work. So Meiksins turned to College Now, and its director of adult services, Julie Szeltner. Clevelanders already respected College Now, because of its role in getting young people connected with higher education. Fewer knew about its services for adults.

But College Now had the expertise to help Meiksins. He and Szeltner came up with (Re)Connect and found $100,000 to fund it, figuring more people might be willing to accept a cold call from College Now and (Re)Connect. CSU turned over its list of 3,000 students who had recently stopped out without finishing their degrees. The $100,000 paid the salaries of people such as Adam Sikula, the staffer who reconnected Fason to college.

From the June 2017 launch through the summer of 2019, (Re)Connect helped stopped-out students with resolving past bills, filling out the dreaded Free Application for Federal Student Aid (FAFSA) form, and finding scholarships. College Now also awarded scholarships.

“They got double the response we would have had we done it ourselves,” Meiksins said. “We’re not talking double digits. We’re talking six percent instead of three percent. But that’s more than a hundred students. It’s a lot of tuition for CSU, which made us happy.”

Meiksins said the funding came with strings attached, a requirement for a thorough return-on-investment analysis. “We’re academics,” he said. “We were all going yuck.” But they did the math: the number of students, times average credit hours, times cost per credit hour. The tuition yield in just one semester, not even a year, was more than six times what it cost to run the program.

“We actually worked out the ROI (return on investment) on (Re)connect – “And it came out to something like $600,000 – some outrageously high number,” he said. “Holy cow! And that was just tuition. We didn’t even go into state subsidies.”

In two years, culling from a list of 3,976 students who had been on campus over the previous three years, (Re)connect re-enrolled 257, or 6.5 percent. Of them, 65, including Fason, graduated. Those students brought $627,594 in tuition for one semester based on halftime enrollment.

Research indicates that comebackers average three semesters to graduate, potentially yielding as much as $1.9 million in tuition from those 257 students.

“The original grant was $50,000 and it more than paid for itself,” Meiksins said. “So, we went on a little dog and pony show. And when the second $50,000 grant ran out for this year and we needed $20,000 more from the provost, it was easy to persuade him, because that’s essentially the cost of two full-time students.”

(Re)connect clearly mattered to Fason. She earned an accounting degree in 2017 and hopes to open her own business. When her bosses learned Fason would graduate, they tripled her pay, from $11,000 to $37,000. Fason used to police crowds for $8.50 an hour. Now she runs the office.

With one course outstanding, Fason almost had to “stop-out” again. She couldn’t re-enroll for her final class because she owed $950. Luckily, her boss handed her $1000; clearly, he valued her education. “I was so blessed.”

“You have to keep pushing,” she said. “You have to want build something for yourself, for your kids. I’m so thankful for (Re)connect College Now, because I was looking for help,” Fason said. “From the first conversation, I felt they were really here to help. That’s what I prayed for.

“If you give me the help, I promise to do my part.”

College Now is an affiliate of The Graduate! Network, a national non-profit that is organizing community supports for getting adults to go back to and through college.

Funding for (Re)Connect came from the Association of Public and Land-grant Universities, with support from The Fred A. Lennon Charitable Trust.