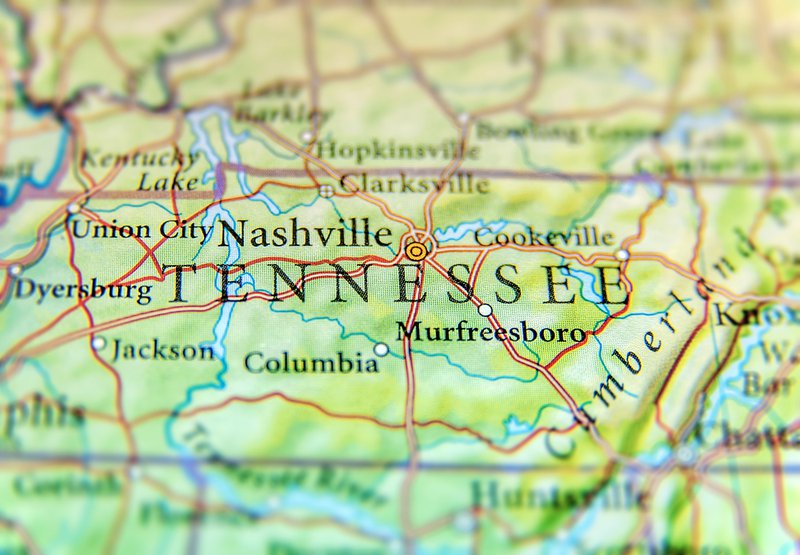 This is the second installment in a series on performance based funding, an increasingly popular higher education funding model sweeping across the nation. Future posts will detail successful state programs, and show potential downsides of the funding model. The first post can be found here.

Tennessee’s 2010 performance based funding (PBF) framework boasts several state-level and institution-level best practices for ensuring buy-in and smooth implementation that make it a model policy for other states, such as a model for collaboration, campus empowerment, coupling with other statewide initiatives, and a significant financial investment. Tennessee’s funding structure was not always an exemplar. Between 1979 and 2011, Tennessee funded its higher education system primarily based on enrollment, which did little to achieve the desired student outcomes like increasing completion or produce the number of credentials that policymakers were seeking. Under this model, 85% of institutions’ funding was based on the number of students enrolled at each institution, and only 15% was disbursed for progress on state goals, such as increasing graduation and job placement rates.

The new PBF model, passed as the Complete College Tennessee Act (CCTA), drastically altered Tennessee’s funding model.  Now 85% of state funds are allocated to institutions based on state priorities, making Tennessee’s PBF plan one of the five largest in the country.  The remaining funds are issued based on fixed costs and additional performance metrics not related to completion.. The significant investment by the state compels institutions to align their policies and practices with the PBF model, or risk losing funds from the state. While researchers have found both positive and negative effects of this new framework on student performance, a number of factors have contributed to the plan’s overall success, in addition to the sheer volume of funding made available. As states consider implementing their own PBF plans, they should consider the following practices from Tennessee.

First, while legislators stipulated that a PBF model must be used for funding higher education, they empowered the state coordinating board, Tennessee Higher Education Commission (THEC), to determine the details. This decision enabled THEC to convene administrators from both two- and four-year sectors to reach a consensus on which factors to include in the funding formula. On top of that, THEC built in a formula revision process every five years. Even following the creation of the funding formula, THEC both provided resources to individual campuses on the nuances of the new funding policy and remained in close contact with campus leaders during the implementation process. THEC’s transparency, flexibility, spirit of collaboration in creating the funding formula, and willingness to support campuses during the transition, is one of the state-level best practices the PBF model provides.

Second, the completion-centered funding framework serves as one program in a constellation of  statewide efforts. As such, aligning PBF with the host of other initiatives underway proved valuable to building institutions’ capacity to adapt to the funding shift. Beyond the CCTA, the state is in the midst of the Drive to 55 campaign, which seeks 55% of Tennesseans having a postsecondary credential by 2025; the Tennessee Promise program, which provides last dollar funding to provide two years of community college for free; and the Tennessee Reconnect initiative, which encourages non-traditional students with or without postsecondary credentials to return to school. Additionally, the two most recent iterations of the state Master Plan  delineate specific statewide needs, like producing an additional 26,000 undergraduate degrees and creating programs and degrees that respond to the state’s economy. By coupling the PBF program with a robust slate of programs, the state demonstrated its commitment to both increasing completion and building institutional capacity to react to the new framework, and university leaders thus bought into the new funding model.

Third, at the institution level, a recent report by Research for Action identified several key features of the funding formula. Most notably, the CCTA formula allows institutions to weigh particular metrics more than others depending on their mission, and factors in differences between the two- and four-year sectors. Therefore, the formula allows for institutional flexibility, and ensures that no two institutions will necessarily have the same funding formula. In practice, these different weights also provide incentives for institutions to graduate at-risk populations, low-income, adult learners, and academically underprepared students. Finally, the formula is set in five year increments; after five years, the components of the formula are reevaluated. This flexibility was attractive to institutional leaders because it shows a commitment to the formula, allows for progress to be measured, and then permits corrections to be made for future iterations. These features enabled and encouraged institutions to make the funding formula their own, and adapt their current policies towards the metrics that they had a voice in selecting.

Despite the steps that the state, THEC, and campus leaders took to create a thorough PBF policy, there are a few weaknesses in Tennessee’s plan. First, the Tennessee legislature has not been fully funding the formula. THEC oversees the PBF formula, and they evaluate each institution’s progress to create a suggested allocation for each institution. Ultimately, the state passes the budget, and institutions rarely receive the allocation put forth by THEC from the state. To make matters more complicated, Tennessee’s per FTE spending has decreased by nearly 18% since 2008. While per-FTE spending has increased for several years, it still has not reached pre-recession levels. Administrators have expressed concern that the funding formula does not accurately reflect their mission, and costs to implement the formula and realign policies was more expensive than expected. Furthermore, some evidence on student results has been mixed. These challenges should not suggest that Tennessee’s PBF model is a failure; they should simply reinforce the notion that PBF are complex educational and financial policies that require continuous reevaluation and stakeholder engagement.

PBF is a relatively recent policy development, and thirty-six states in addition to Tennessee have adopted PBF in some form. Several states are in the process of implementing their own PBF plans, and Tennessee’s model highlights several best practices at the state- and institution-level for adopters to consider. The state collaborated with the coordinating board and institutional leaders, empowered campuses to draft their own formula in alignment with their missions, incentivized completion for at risk students, committed a sizeable portion of the budget to PBF, and guaranteed the funding model for five years. For these reasons, Tennessee’s PBF policy serves as a benchmark for other states implementing a similar policy.