4 Surprises in Scholastic’s National Survey of Kids and Reading 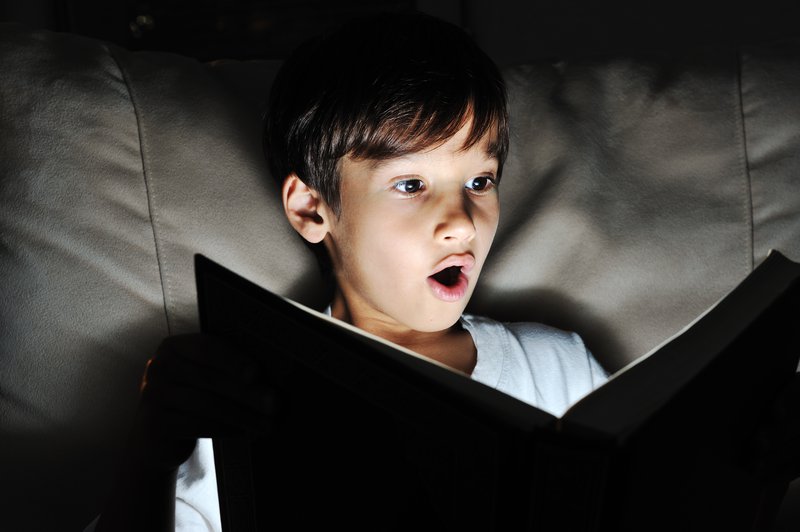 Last week Scholastic released  the Kids and Family Reading Report, its annual survey of children’s reading, and some of the results run counter to conventional wisdom about how much children love electronic books and desire independence. The responses provide hints of nostalgia for cuddling up on the couch turning pages of paper with their parents by their side.

Parents responded to the survey via the Web, although the sample of respondents were first identified through random selection and contacted by phone and email. (GfK, the survey company, lent computers to parents who did not have them.) The total sample size was 2,558 parents and children. Children ages 6 to 17 answered questions after their parents finished their responses. This is the fifth year that Scholastic has conducted this survey, and it is one of the few national barometers of how children are spending their time in the digital age. (Another recent report, Learning at Home, by the Joan Ganz Cooney Center, our Seeding Reading partner, provides a window onto families’ use of what parents consider “educational” media.)

The results are packed with interesting nuggets for parents and educators alike. They show a decline in “reading for fun” at home among some age groups (see more below), while they also show the importance of school to low-income children as a place for reading.  A new section of the report provides insight into reading habits among parents of infants, toddlers, and preschoolers. And many of the children’s responses throughout the report point to the power of allowing children to choose what to read.

As part of our Seeding Reading project and forthcoming book, New America and the Cooney Center will be analyzing the results and watching for new interpretations of the data. In the meantime, here are a few take-aways that struck us as unexpected and worth exploring further:

1. Boys and older teenagers are reading books for fun with less frequency than four years ago. In 2010, 32 percent of school-age boys said they read books for fun five to seven days a week.  Four years later, only 24 percent gave the same answer. A significant decline shows up in older teenagers too. Of teenage girls and boys age 15 to 17, the percentage dropped from 24 percent in 2010 to 14 percent in 2014.  Why the drop? Many might speculate that other activities are competing for their time, whether it is sports, homework, or Minecraft.  Scholastic did ask about screen-media activities, for example, and found that “spending less time online using a computer” was a factor in whether children were designated as “frequent” readers, but that was not shown to be one of the most powerful predictors. Instead, the most powerful predictor was whether children said they really enjoyed reading, whether they believed that it was important to read for fun, and whether their parents, too, were frequent readers.

Another area of speculation is that the types of books that were “hot” four years ago were more engaging to kids than the offerings of 2014. Four years ago, the Percy Jackson series and Twilight series, for example, were still relatively new. It also bears looking at how Scholastic asked the question. Children’s reading per week was categorized as either frequent (five to seven days a week), moderately frequent (one to four days a week), and infrequent (less than one day a week). It would be interesting to see if declines show up in moderately frequent readers. Harder to determine, but perhaps just as insightful, would be how children define “reading books for fun.”  Is fiction considered more fun than non-fiction, for example? The Common Core standards emphasize non-fiction books and there’s a chance that children are being steered toward more non-fiction. Also if books are assigned as homework, children may likely categorize them as “not for fun” even if they are having fun reading them. In short, it’s not  possible to know from these data whether children are having less pleasure reading books in general.

2. Parents of preschoolers place high importance on reading aloud to their children, but less than two-thirds do so daily.  While 97 percent of parents of children 0 to 5 say that reading aloud to their children is extremely or very important, 63 percent say that their children get those experiences at home five to seven days a week.  There is no way to know from the data if this is because parents are working or otherwise do not have time, whetherthese children participate in read-alouds outside the home each day instead, or any number of other reasons. One hint is that fewer than half of very low-income families (those with incomes of less than $35,000 a year) reported hearing the advice that starting at birth children should experience books being read aloud to them. This is the first time that Scholastic has surveyed parents of children under age 6, and it was a smart move to include them given how much science tells us about the importance of children’s early literacy experiences. The survey results beg more unpacking, particularly by specific ages and demographics.

3. Kids want books in print -- as opposed to in electronic format -- even more than they did two years ago.  So do their parents. In 2012, 65 percent of kids agreed with the statement that they would always want to read books in print even though ebooks are available. That is up from 60 percent in 2012. Parents of children 6 to 17 are expressing more desire for print as well: an increase to 53 percent from 48 percent. (It appears that Scholastic did not ask the question in 2010.) The survey in 2012 and 2014 also asked if children were interested in reading books in electronic format. Declines showed up across all ages, and girls who had not yet read an ebook especially seemed to show less preference for ebooks than they did two years ago with 37 percent of them in 2014 saying they were interested in ebooks compared to 57 percent in 2012. What is driving this change? Was there a novelty effect in 2012 that is already wearing off? The publishing industry in general is facing similar questions, as analysts discuss whether the growth rate of ebooks has already hit its peak or whether their growth, even if slowing, is keeping the book industry from facing more painful declines.

4. Kids wish their parents had continued to read to them after they reached school age. Across all age groups, 83 percent of kids say they loved or “liked a lot” those times when parents read to them aloud at home. Only 24 percent of 6-to-8-year-olds and 17 percent of kids ages 9 to 11 say that someone reads aloud to them at home, and many seem to miss it. Four in ten children in that 6-to-11 age range say they wished their parents had continued reading aloud to them. Kristen Harmeling, a researcher at YouGov, a consulting firm that helped Scholastic to conduct the study said one clear message for parents from this survey is to “start early and stay at it.”

CORRECTION, 4:37 pm on 1/13/15: A piece of missing context has been added to the sentence about girls' preferences for print. The blog post has been changed to reflect that girls who had not yet read an ebook especially seemed to show less preference for ebooks than they did two years ago with 37 percent of them in 2014 saying they were interested in ebooks compared to 57 percent in 2012.