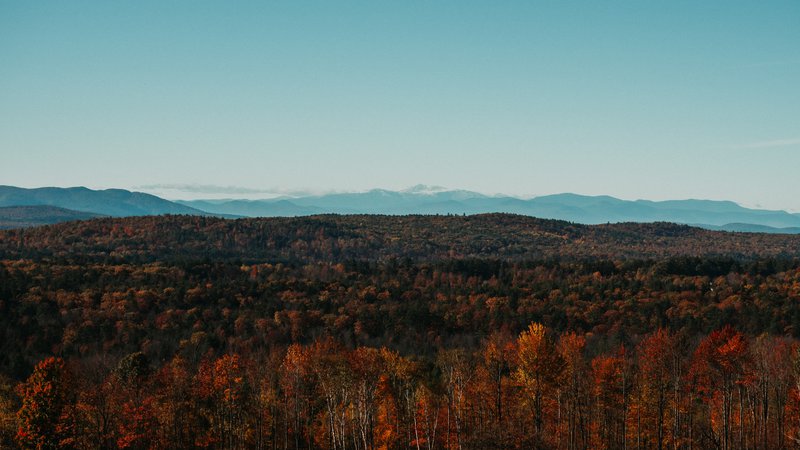 New data shows that rural Mainers – who make up about 60 percent of the state's population – have a particular need for paid leave because of the far distances they must travel to seek hospital-based health care services. Maine's unique demographics also suggest paid leave is a needed intervention: Maine is the oldest state in the country, which means it both needs to continue attracting younger people into the state and ensuring that working Mainers can care for their aging loved ones.

Although Maine has already taken some innovative steps to support caregivers and implemented a law providing some workers with up to five days of paid time off, more can be done. Guaranteeing access to paid family and medical leave is an important next step. And in rural communities, where long distances to hospitals and lack of paid leave together have significant implications, guaranteed access to paid leave is an even more necessary intervention.

In Maine, job-protected unpaid leave is available and accessible to only 35 percent of workers, according to researchers from Brandeis University. And without paid family leave through their jobs, which just 28 percent of New Englanders have according to the U.S. Bureau of Labor Statistics, parents must leave newborns and newly adopted children too soon, and family members must struggle to find or provide care for loved ones. Paid medical leave is also rare, which means that many seriously ill or injured workers must return to work too soon after a serious health issue if they’re able to take workplace leave at all, or might leave their jobs altogether. In a state with an older population, lack of paid family and medical leave may lead to reduced utilization of health services and family members' difficulty providing care to loved ones while continuing to work.

Rural workers have even less access to both employer-provided paid family leave and paid sick leave than workers in metropolitan areas because the types of jobs that are most prevalent in rural communities are less likely than others to offer paid leave benefits. A large study of cancer patients in Maine's New England neighbor, Vermont, found that rural people were less likely to report using paid disability (medical) leave; they were also less likely to return to work after their cancer diagnosis than patients in metro areas. Instead of staying in the workforce, these cancer survivors retired early.

Rural workers also have reduced access to job-protected unpaid leave through the Family and Medical Leave Act of 1993 (FMLA) because they tend to work for smaller employers and are more likely to work part-time.

Lack of access to paid leave can force impossible choices between keeping a job, feeding a family, and getting or helping a loved one to get the health care they need.

In late 2022, the Better Life Lab at New America released a report, Health, Work, and Care in Rural America, tying together new analyses of rural disparities in access to paid leave and new calculations demonstrating the long and disparate distances that rural people must travel to seek specific types of hospital-based health care services. We found that people in rural communities must travel three to five times as far as people in urban areas to receive hospital-based care. [1]

New state data analysis augments our national findings: Rural people in Maine must travel up to four times further, on average, than people in urban areas to get to particular types of hospital-based health care. The distance disparities are greatest for parents and caregivers of NICU babies: Rural NICU services are an average of 57 miles from Maine's rural census tracts but just under 14 miles from urban areas. Similarly, hospital-based pediatrics care is more than 27 miles from rural census tracts, but only 13 miles from urban ones. Cardiology services are also more than twice as far for rural Mainers than for urban residents (28 miles versus 12 miles).

Native Americans and people in areas of persistent poverty – who, nationally, are also less likely to have paid leave – tend to live in rural areas that are even further from hospital-based care.

A growing body of research shows that paid leave contributes to improved health outcomes as well as workforce retention for new parents and caregivers; higher earnings for mothers; positive impacts for businesses; and, as a result, improves the potential for economic growth. What's more, adopting paid family and medical leave could help attract younger people to the state to have and raise children there, while also providing greater support for Maine's aging population and the family members caring for older Mainers.

Maine's paid leave commission is likely to recommend the elements of a program similar to 11 states and the District of Columbia. Rural workers would benefit most from the comprehensive, inclusive approach used in these states, drawing on best practices regarding wage replacement, family caregiving coverage that includes an extended set of loved ones, and job protection for all workers using paid family and medical leave.

Hannah Friedman, a doctoral candidate in the Department of Health Policy and Management at the Gillings School of Global Public Health and The Cecil G. Sheps Center for Health Services Research at the University of North Carolina at Chapel Hill, provided the Maine hospital-distance data analysis used in this blog.

[1] Distances to hospital-based health care services are measured from the middle of each census tract. Census tracts are classified as rural or metropolitan using RUCA codes. Data on hospital services is from the American Hospital Association Survey. Files used for mapping are from the National Historical Geographic Information System. For more information on our methodology, please see descriptions in Health, Work, and Care in Rural America.

[2] Census tracts in this subgroup analysis are those that fall into the top 10 percent of census tracts nationwide with concentrations of Native American/Pacific Islanders. For more information, please see the methodology in Health, Work, and Care in Rural America.