Explainer: Paid and Unpaid Leave Policies in the United States 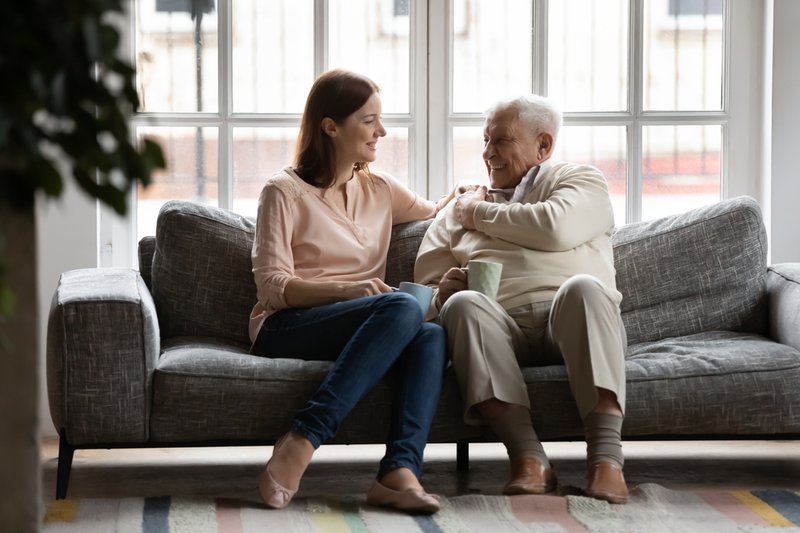 This explainer provides a short primer on private-sector workers' access to and use of federal unpaid leave through the Family and Medical Leave Act (FMLA) and an introduction to state paid family and medical leave programs, which are now or will soon pay benefits to workers in 11 states and the District of Columbia. More detail about the benefits available and funding streams for state paid leave programs can be found in our companion piece: Paid Leave Benefits and Funding in the United States.

Until the COVID-19 pandemic in 2020, paid leave was too often discussed as a “moms and babies” policy. COVID-19 underscored just how necessary paid medical and family leave is for workers and the loved ones who rely on them for care. It proved the value of state paid family and medical leave programs, which cover a comprehensive range of personal and family medical and care needs. And it demonstrated the massive shortcoming in current U.S. federal policy, the FMLA, which guarantees job-protected but only unpaid leave to a limited share of the workforce.

Congress enacted limited, temporary (and now expired) paid sick and family leave measures to address COVID-19 related illness and care needs for some workers. The nation's first-ever permanent comprehensive paid family and medical leave program was included in the Build Back Better Act, which passed the House of Representatives in November 2021, but negotiations over this landmark legislation—which also included child care and home- and community-based care investments—stalled in the Senate. As of September 2022, federal lawmakers have yet to enact a permanent national paid family and medical leave policy despite overwhelming public support and the country's enduring need.

Since 1993, the Family and Medical Leave Act (FMLA) has guaranteed eligible workers up to 12 weeks away from their jobs to care for a seriously ill or injured parent, spouse or child, to address their own serious health issue, or to care for a newborn, newly adopted or newly placed foster child. More than a decade ago, Congress amended the FMLA to cover two types of military caregiving leave: up to 26 weeks to care for a wounded service member by a parent, child, spouse or next of kin and up to 12 weeks for circumstances related to the deployment of a parent, spouse or child.

The FMLA only provides unpaid leave to about 56 percent of the workforce due to exclusions based on business size and worker tenure; many workers’ inability to take leave without pay further limits eligible workers’ access. But even with these barriers, as of the beginning of 2020, the FMLA was estimated to have been used nearly 280 million times in its 27 years.

According to the U.S. Department of Labor’s most recent FMLA usage survey, based on workers' experiences in 2018, about half of all leaves workers take each year are for a serious personal medical issue (51 percent), one-fourth of all leaves are to care for a new child or address pregnancy-related needs (25 percent), one-fifth (19 percent) are to care for a seriously ill, injured, or disabled parent, spouse, or child or due to the deployment of a service member in the family, and 5 percent are to care for a family member not currently covered by the FMLA (for example, a grandparent, grandchild, sibling or other extended family members).
Only 15.3 percent of the total workforce takes leave for an FMLA-qualifying reason annually. The reasons for leave-taking are distributed among the total workforce as follows:

To build on the FMLA, 11 states plus the District of Columbia (D.C.) have or will soon have paid family and medical leave programs in place, which offer partial wage replacement to workers in businesses of all sizes. Programs in four states—California, New Jersey, New York, and Rhode Island—have been used millions of times. In 2020, the state of Washington and D.C. each implemented new programs. In 2021, Massachusetts' program began paying benefits for personal medical needs, military leave and caring for new children on January 1; family caregiving benefits became available on July 1. Connecticut's new program began collecting premiums in January 2021, accepting applications in December 2021, and paying benefits in January 2022.

The COVID-19 pandemic shows the utility of paid leave programs in a crisis. An Urban Institute analysis of California and Rhode Island state paid leave claim data from the first months of the COVID-19 pandemic concludes that these states' programs were able to absorb a surge of new claims, making financial relief available to working families quickly and without unexpected costs on working people or their employers. Researchers from Stanford University, Columbia University and the University of Virginia studied business impacts during the pandemic found increased support among small businesses for public paid leave programs.

Program data from California, New Jersey and Rhode Island—the three states for which comprehensive data is available—show that a small share of workers use state paid leave programs each year, negating any concerns often raised about overuse. As with FMLA, personal medical leave is the most common reason workers use state paid leave programs, followed by leave to care for a new child and leave to care for a loved one with a serious health issue.

In California, New Jersey, New York, and Rhode Island, paid leave types are separated into two “buckets”: state temporary disability insurance (TDI) for personal medical leave and paid family leave (PFL) for new child and family care. These states’ TDI programs have been in effect for decades. They provide between 26 weeks (New Jersey, New York) and 52 weeks (California) for people who need time away from their jobs to address a serious personal health issue, including pregnancy; workers who use TDI typically use about one-third or less of the time available: between 10 and 16 weeks. PFL programs in these four states complement TDI and offer PFL for between five weeks (Rhode Island—an increase in 2022 from an original four weeks, and rising to six weeks in 2023 ), eight (California), and 12 (New York and New Jersey).

Washington was the first state to build a new program that went into effect in January 2020. Washington provides 12 weeks for parental leave or family care and 12 weeks for personal medical leave, with an additional two-four weeks available to people who have complications related to pregnancy, up to 16 or 18 combined weeks for all purposes in one year.

The District of Columbia also built and implemented a new program, which began providing benefits on July 1, 2020, but only for a limited number of weeks (eight weeks for new parents, six weeks for family caregivers and two weeks for a worker to address their own serious health condition). The duration of leave available through D.C.'s program has been expanded twice since and, beginning October 1, 2022, D.C. will provide up to 12 weeks for workers caring for a new child, a seriously ill or injured loved one or their own serious health issue, with an additional two weeks for pre-natal care.

Massachusetts' program, effective in 2021, provides workers up to 26 weeks per year, which can be combined across multiple needs. Uses include up to 20 weeks for workers who need to address their own serious health issue, up to 12 weeks for leave to care for a family member or a newborn, newly adopted, or newly placed foster child, and up to 26 weeks for leaves related to care needs arising from a loved one's military deployment.

Connecticut's program began providing benefits on January 1, 2022. It offers benefits for up to 12 weeks (with two additional weeks available for people with pregnancy complications) to care for a new child, a loved one with a serious health issue, their own serious health issue, a family or personal domestic violence situation or circumstances related to a loved one's military deployment.

New programs in Colorado, Oregon and Maryland will provide paid leave for between 12 and 24 weeks, with 12 as the most typical duration. In Delaware, new parents can access up to 12 weeks of paid parental leave; people with family caregiving needs or personal health issues have 6 weeks available in a 24-month period.

Each state program except one recognizes a wide range of family members for whom workers may take leave to provide care and expands substantially on the FMLA’s parent, spouse and child limitations on family caregiving. All but one includes grandparents; all but three include adult children, grandchildren and siblings. Parents-in-law are also included in all but four. Three of the newest laws and an expansion to New Jersey's law include people who are related to the worker by blood or affinity (commonly referred to as "chosen family")—a provision of particular importance to LGBTQ people, Black and Latinx families, and people with disabilities and their caregivers.

[1] Leave for one’s own serious health issue leave requires hospitalization or an incapacity lasting 3 or more days and continuing care by a health provider.