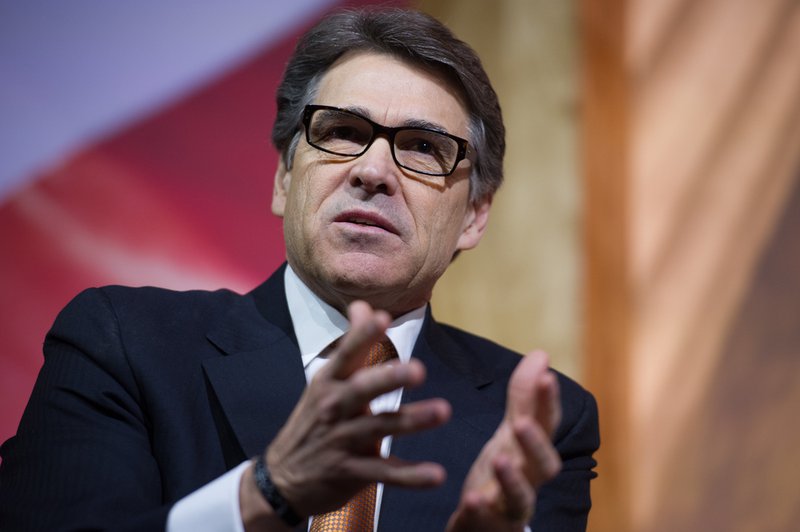 Last Thursday, U.S. Energy Secretary Rick Perry, who’d recently returned from a trip to Africa, asserted that expanding fossil fuel production is key to preventing sexual violence against women on the continent. In Perry’s own words: “But also from the standpoint of sexual assault. When the lights are on, when you have light that shines, the righteousness, if you will, on those types of acts.”

We could give Perry the benefit of the doubt and assume that he can’t possibly think that sexual assault against women only happens in the literal dark. But Perry also has a penchant for geographic gaffes, and in his clumsy effort to pander to compassionate Americans and to connect the administration’s push for increased U.S. fossil fuel production to the larger discussion of sexual assault that cracked open last month, he gets crucial facts very wrong.

Perry is correct in asserting that energy development, generally, can aid in preventing violence against women. In their research on gender and energy access, consultant Kathleen O’Dell and her colleagues describe the impact energy access can have on women, explaining that “energy increases productivity and enables new industries to thrive, ultimately contributing to improved social and economic outcomes for individuals.” And, in reducing the time needed for household work via electrification, women have freedom to explore economic opportunity. In turn, economic independence can allow women to free themselves from, and at times avoid, violent situations.

What Perry gets wrong, though, is that fossil fuels are the way to do this.

To meet increased energy demands, Africa will have to triple its energy output by 2030. Sure, current fossil fuel mechanisms will contribute to this, but research from Perry’s own Department of Energy shows that wind and solar energy—not fossil fuels—will be a far more cost-efficient, environmentally friendly way to build this capacity. Moreover, on a continent that suffers from poor grid connectivity, harnessing alternative energy resources can lead to electrification in places that otherwise can’t access power. Creating micro-grids—or local sources of energy that don’t need to be connected to a central utility—is faster and more cost-effective than building traditional utilities and the high-voltage power lines needed to distribute their energy.

Contrary to Perry’s comments, it’s the rapidly falling cost of renewables that gives Africa a historically unique opportunity to develop without the pollution that has perennially plagued so many other rapidly industrializing regions the world over.

But Perry’s blunder goes deeper still. He also fails to note that countries with economies dependent on fossil fuels have worse governance generally—including poor outcomes for women. Discovering mineral resource wealth can be a blessing to a poor country by  providing it with the means to secure social and economic welfare for its citizens. However, it more often than not ramps up or perpetuates bad governance.

This political phenomenon is known as the “resource curse,” or the “paradox of plenty.” Many countries throughout the world have been beleaguered by this phenomenon, squandering their quickly earned resource wealth—from, for instance, fossil fuels—on flashy architecture or even on cash handouts for residents, rather than using this wealth to build institutions or to invest in the welfare of citizens. Azerbaijan is an all too familiar example of the resource curse. Its “Flame Tower” and other glitzy architectural projects line the skyline of the capital, Baku, while the authoritarian government has built up its security forces and tightened social controls, to say nothing of how it’s failed to distribute its oil wealth in meaningful ways.

It’s these poor governance outcomes—from authoritarianism and militarization, to a lack of transparency, to increased corruption—that contribute to the oppression of women. On top of that, an over-reliance on fossil fuels would likely crowd women out of the job market, given that the few highly paid jobs in the sector most often go to men. At least in part due to an economic phenomenon known as “Dutch disease”—or a sharp increase in the inflow of foreign currency, which can trigger currency appreciation, making the country’s other products less price competitive on the export market—jobs traditionally held by women in textile production or other, similar industries disappear.

Without employment and attendant economic independence, women become more vulnerable to sexual assault and other forms of social and political degradation.

As the secretary of energy, Perry needs a better understanding of international energy economics and their impact on women. If he truly wants to help African women, he can do so by promoting development aid and by ratcheting up access to renewable energy—not by merely acting as a shill for American fossil fuel companies that will likely only increase pollution and other corrosive outcomes as Africa continues to push for new, better ways to provide electricity to its people.