What Do Puppy Mills, 5G, and Paid Sick Leave Have in Common? 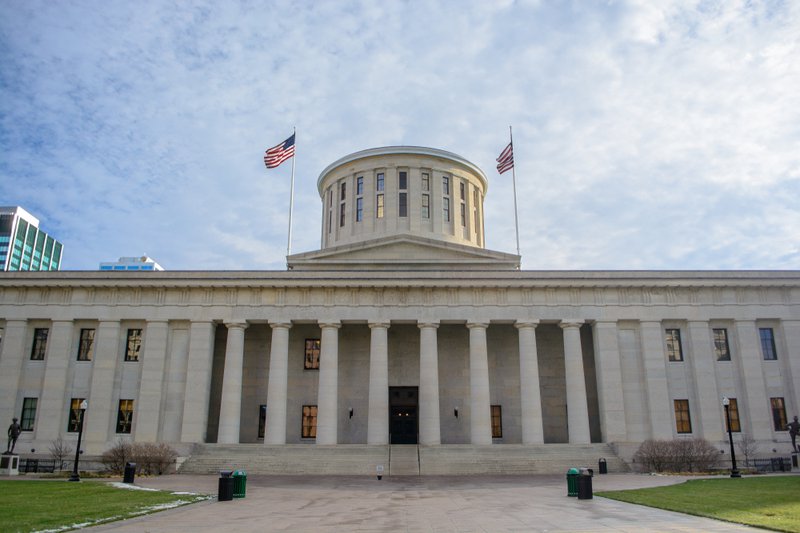 In December 2016, Ohio’s Republican-controlled legislature passed a bill that banned local regulations on puppy mills, minimum wage, paid sick time, and sex with animals. It also gave telecom companies the greenlight to expedite installation of 5G equipment in public spaces. Senate Bill 331, or the “Petland Bill,” is the kind of bill that’s easier to pass during a lame duck session, when the specter of electoral blowback has faded and lawmakers are somewhat less restrained. More importantly, perhaps, it’s the kind of bill that can’t survive long as a whole, because the Ohio Constitution contains a single-subject rule—of which the Petland Bill is a blatant violation.

It’s been nearly three years since the Petland Bill passed, but it remains a strikingly relevant political parable. The story of SB 331 isn’t confined to just one state or legislative session: It’s of a piece with a decade-long nationwide trend of state interference in local democracy, manifesting most prominently in red states interfering with blue cities.

So much for Republicans supporting devolved, localized governance.

In an era of federal gridlock and state budget shortfalls, cities have become America’s true laboratories of democracy. But despite the admirable job cities have done to accommodate their increasing, and increasingly diverse, populations, their capacity to govern and solve issues of local concern are being stymied by state “preemption laws”—when the state government restricts or withdraws municipal governments’ authority to legislate on a certain issue. The Petland Bill’s bans on local regulations and ordinances concerning pet stores, labor, and 5G are all preemption laws.

In confronting states’ abuse of preemption, it’s important to remember that preemption is an inherently benign legal tool, traditionally consisting of “a judicial determination of whether a local law is inconsistent with pre-existing state law,” according to legal scholar Richard Briffault. In other words, the preemption laws of old were minimum statewide standards (“floor preemption”)—often civil rights standards—that all localities were required to meet, but were free to build upon as they saw fit.

But not anymore. Today, “ceiling preemption” and “vacuum preemption” reign supreme—for instance, when a state sets a maximum standard for the minimum wage that cities cannot exceed, or when it nullifies a city’s minimum wage ordinance but fails to adopt a single statewide wage to take its place, creating a regulatory vacuum.

The old motives behind state preemption of local authority have also shifted: The core underpinnings of judicial determination, citizen initiative, federalism, and respect for the role of local governance are no longer relevant.

Instead, preemption has been co-opted primarily by conservative state legislators and their contributors who seek to disempower progressive, regulation-prone cities. The decade since Republicans won control of the majority of state legislatures (including Ohio’s) has seen an explosion in the frequency and range of preemption laws, targeting issues as broad as labor and employment standards, fracking, LGBTQ rights, e-cigarettes, ridesharing, zoning, sanctuary cities, municipal broadband, taxation, plastic bags, fire sprinklers, nutrition labeling, and more. We’ve reached the point where, as preemption expert Mark Pertschuk put it, “almost every issue that matters to American voters is at risk of being preempted.”

In short, the weaponization and escalation of state preemption to suppress local policymaking is arguably one of the most important—and invisible—trends in politics today. But once you know it, you’ll spot it everywhere.

Take labor-related preemption laws: Since 2000, the percentage of Americans living in states where cities can’t set their own minimum wage went from less than 2 percent to more than 60 percent. The vast majority of that increase happened over the last nine years. In that same decade, the number of states that bar localities from requiring employers to provide paid sick time to workers jumped from one to 23. Between 2014 and 2019, 44 states preempted local regulations of “transportation network systems,” proactively shutting down any future city efforts to mandate stricter protections for Uber and Lyft drivers.

Then there are the preemption bills that punish local officials or governments for contravening state preemption laws. In 2017, for instance, Texas enacted a preemption law against sanctuary cities that threatened officials who “adopt, enforce, or endorse” a sanctuary city policy with fines of up to $25,500 per day and removal from office. A 2016 Arizona law threatens to bankrupt cities that deviate from state law. Back in 2011, the Florida Legislature—backed by the National Rifle Association—refitted the state’s long-held firearm preemption law with penalties on local officials for enacting new or enforcing old gun control policies. Former Tallahassee Mayor Andrew Gillum felt the weight of this development when Florida’s gun lobby came after him for keeping on the books two inert gun ordinances that prohibited firing a gun in a public park.

While state preemption misuse is concerning in and of itself, it’s also symptomatic of an even more unsettling hypocrisy. As both the punitive laws above and the Petland Bill illustrate, Republican-led legislatures are happy to forsake their commitment to the “little guy” struggling to compete in a rapidly-transforming economy—as well as to their dual philosophies of local control and constitutional adherence—when those tenets conflict with their rural constituents’ more closely-held social values or a friendly lobbyist’s self-interest.

Indeed, most modern preemption laws stem from conservative special interests which fear the rapid diffusion of progressive city laws could hurt corporate profits or clash with their ideological vision for America. Members and allies of the conservative-aligned, industry-funded American Legislative Exchange Council are also well aware of how the process works, and have deployed an aggressive, multisector, cross-state strategy to slow it down. The results reveal the disturbing frailty of local democracy in the era of state preemption.

In many ways, the Ohio Petland Bill epitomizes this strategy. The original bill was initiated by the retailer Petland in reaction to two Ohio cities passing animal protection ordinances limiting where pet stores can purchase puppies. Petland feared that more cities would follow suit, and for good reason: Some 250 U.S. cities have voted to expel pet stores that buy from puppy mills, including Miami, New York City, Chicago, Boston, and Salt Lake City. Love for puppies being what it is, Ohio Republicans suspected the bill wouldn’t command enough support on its own and, in an effort to bolster its appeal, tacked on an amendment outlawing bestiality. The local minimum wage preemption, meanwhile, was a proactive move to crush Cleveland’s scheduled public vote on increasing the minimum wage to $15 per hour. Telecom giant AT&T lobbied to accelerate their 5G installation timeline in order to head off a predicted flood of resistance from localities.

The bill also demonstrates Republican legislators’ willful disregard for good governance in favor of political expediency. Ohio, along with 42 other states, has a single-subject rule in its state constitution that’s meant to prohibit logrolling (where bills that have no hope of passing on their own are combined with enough other duds into an omnibus with majority support)and riding (when unpopular amendments are grafted onto to otherwise popular bills). Both tactics undermine transparency and the public will, and are considered forms of legislative misconduct.

It’s therefore unsurprising that Ohio Senate President Larry Obhof extolled Ohio’s standing as a single-subject state at a recent Bipartisan Policy Center event. His stance, however, was weakened by the fact that he’d helped pass the Petland Bill—a prime example of what the single-subject rule was designed to prevent.

Multiple Ohio county courts have since found the Petland Bill to be in violation of the constitution’s single subject rule, and while cities can look to such partial victories for inspiration, local officials and civil society groups attempting to fight back on legal procedural grounds face an uphill battle. A successful legal challenge premised on a single-subject argument is often just a detour on the road to implementation. When a bill like SB331 goes before a court, it’s unlikely to survive fully intact. However, the process and politics of striking down provisions one by one, sometimes county by county, are complex and confusing. As preemption laws work their way through the courts, residents and officials alike are left asking, what’s in effect, again—and where, exactly? Ultimately, there’s an excellent chance some significant portion of the bill remains in force or gets re-enacted later.

While four courts invalidated all or portions of the Petland Bill, a fifth upheld the bill in its entirety. The status of its labor provisions, in particular, remain unclear—but what is clear is, to Petland, the bill was a win. It’s since spawned others: Petland bills have been introduced in at least four states either in reaction to or anticipation of cities moving to regulate the supply and sale of puppies.

And that’s the point. Over the last 10 years, red states have increasingly used this new, aggressive form of preemption to run roughshod over predominantly blue cities. They’ve done so because they can—and because, for now, the rewards lawmakers reap by supporting and disseminating preemption laws that favor their contributors outweigh the risks of being called out by constituents for hypocritical, undemocratic governing practices.

Laws should not be treated as mere suggestions—a sentiment that would likely resonate with most of the local governments and officials who have defied preemption laws in the last decade. The essential question is not what to do with “delinquent” officials like Gillum; instead, we should ask what can be done to check state legislators who, in their haste to prevent the spread of stricter local regulations, are abusing their power over cities. While state lawmakers can’t be prosecuted for their votes (which is a good thing), it’s important that elected officials still be held accountable for violating the public trust. And for this to happen, champions of local democracy need to educate themselves on the legal and political tools at hand that will empower them to fight back.