Trump's Budget Would Be a Disaster for State and Local Governments 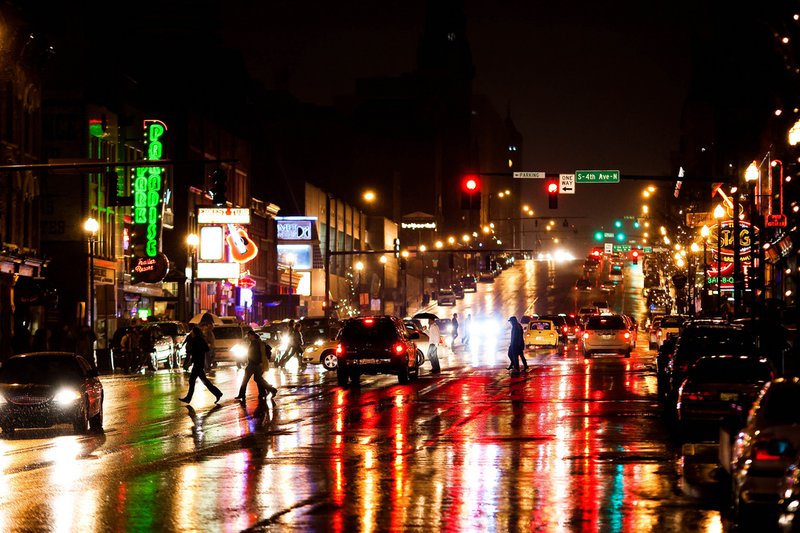 It’s 10:00 a.m, on Monday morning, and while most people are filling up their second cup of coffee, Nellie is busy sorting loaves of bread, leafy greens, and egg cartons for a line of eager customers. Next to the I-580 overpass and across the street from a Safeway is the Emeryville Citizens Assistance Program, which she founded 30 years ago with the belief that “food should always be available to everyone.” She’s been volunteering her time—8 hours a day, 5 days a week—ever since. Asked why she continues to do this work without pay, Nellie says: “We serve almost 300 families every day, and you never know: Tomorrow it could be you who needs the help.”

And unfortunately, she’s right. Congress is currently considering a budget proposal—the 2018 America First Budget Blueprint—that would slash food assistance programs and make way for “one of the largest increases in defense spending.” But President Donald Trump’s emphasis on national security and public safety isn’t the problem. Or at least, not on its own. The problem is that a $54 billion increase in defense spending would result in massive shifts in costs to states, many of which are already facing budget shortfalls.

Trump’s budget, in other words, is worrisome for states and cities—and together with his tax plan and new health care bill, it would be a disaster for state and local governments.

Unlike the federal government, states and municipalities must keep “balanced” budgets, meaning that they can’t run a deficit in order to pay for unfunded expenditures. So what is advertised as “local control” is really a punt of hard choices over how to provide for people’s basic needs—like food, health care, housing, and education—to local governments already struggling to keep up with demand.

To put Trump’s budget into perspective, it’s important to remember that federal grants to states were already cut by $62 billion in 2012 due to sequestration. The theory behind Trump’s budget is that we must take from state and local programs in order to fund federal defense projects. But federal grants to state and local governments only recently returned to pre-sequestration levels, and many are still operating on shoestring budgets.

One danger of treating the economy as a zero-sum game, as this budget proposal does, is that taking money from the education budget and using it, say, to build a wall on the southern border of the United States puts our children’s futures at stake. Congress would be smart to recognize that investing in local infrastructure does more for public safety than a wall ever could.

Let’s take California as an example. Unsurprisingly, California Governor Jerry Brown has called Trump’s proposed budget “unconscionable and un-American.” That’s because in California, which serves 13.5 million people through Medi-Cal, the state’s version of Medicaid, federal cuts would wreak havoc on the state budget—and could cost people their lives. If Congress passes the American Health Care Act (which the House has passed; the Senate released their revised version last Thursday), either millions of people will lose insurance, increasing the risk of death by 40 percent, or the state will have to spend almost $19 billion a year to keep them covered.

Given the choice, it’s unlikely that California will kick people off of Medi-Cal. Since threats to repeal the Affordable Care Act have become more serious, support for the program has skyrocketed. Recent polling shows that over half of Californians worry that they or a family member will lose health coverage if the Affordable Care Act is repealed, and 88 percent say Medi-Cal is important to the state. Instead of reducing coverage, the California State Legislature is moving in the opposite direction: a single-payer health-care system. Regardless of whether single-payer passes, the state’s health-care budget is likely to increase. Extra spending could come at the expense of education—hurting students and those seeking advanced training—or via tax increases in a state with already high taxes. These would be difficult tradeoffs for a governor known for being a budget hawk and facing the first revenue shortfall since 2012.

The lower down the government totem poll we go, the more acute the budget’s impact would be. In a survey of a bipartisan group of mayors, Politico found that 88 percent of respondents called Trump’s proposed budget “devastating” or “extremely painful” for their city. Mayor Suzanne Jones from Boulder, Colo., said that she thinks mayors “understand that these issues aren’t partisan—this is about delivering services to our communities.”

In a similar vein, the National League of Cities “is concerned that small cities would fare the worst under the proposal, since they are less able to compensate for the cuts.” NLC President Matt Zone, council member from Cleveland, worries that the budget would have a “disproportionate impact on America’s small cities and towns.”

What are some of these outsized, more localized impacts on small cities?

Cuts to the Housing and Urban Development budget ranked chief among mayors’ sources of anxiety, followed by transportation and education. And for good reason: In Cincinnati, Ohio, for instance, Trump’s proposed elimination of the $3 billion Community Development Block Grant program would make it harder for low-income people to find housing, access job-training programs, and revitalize blighted neighborhoods. Federal lawmakers would be wise to remember what happened in Flint, Mich., when the city switched water sources in order to save money and ended up poisoning parts of the city with lead. If Trump’s proposed budget passes, corrosive shortcuts like these could become more common.

But that’s hardly the end of it. If our cities are the economic engines that drive our economy forward, schools are the fuel that feeds the next generation of workers. America’s public education system is supposed to create pathways to prosperity, keeping people out of shelters and off of government assistance programs, ultimately lowering expenditures and shrinking the size of government. The push for more “school choice,” however, may result in even more children being left behind—and end up costing taxpayers far more in the long run.

Trump’s proposed budget would reduce spending for the Department of Education by 13 percent, or $9 billion, including eliminating after-school programs and support for teacher development and class size reduction. Although Trump and Secretary of Education Betsy Devos have advocated for state and local autonomy, eliminating the Student Support and Academic Enrichment Grants program would give school districts less control over allocating funds.

Instead of caring for our aging population, rebuilding communities, and educating the next generation, this budget “makes our national economy weak, leaves Americans less protected, and widens the gap between successful and struggling residents,” says Los Angeles Mayor Eric Garcetti. Even some conservative-leaning mayors are concerned. Mike T. Huether, the independent mayor of Sioux Falls, S.D., has said, “I don’t mind necessary cuts, but I struggle at the highest level when you take the dollars saved and then put them towards things like a border wall at $8 million per mile that won’t provide taxpayer value at all.”

Back in Emeryville, where our story began, Nellie says she hasn’t read Trump’s budget proposal, but she’s worried that if federal funding is cut, programs like the Emeryville Citizens Assistance Program will be asked to serve even more people in need. “We don’t want children to go hungry. They are our future.” Just across the Bay in San Francisco, Mayor Ed Lee put it this way: “President Trump, you’ve said your main focus is economic growth, but by punishing America’s cities, you will slow the economic engines that move our country forward.”

It’s now up to Congress to decide which parts of Trump’s proposals to keep and which to amend—and it’s time for us, as concerned citizens, to tell our representatives to put America’s future first.