From Transparency to Democracy 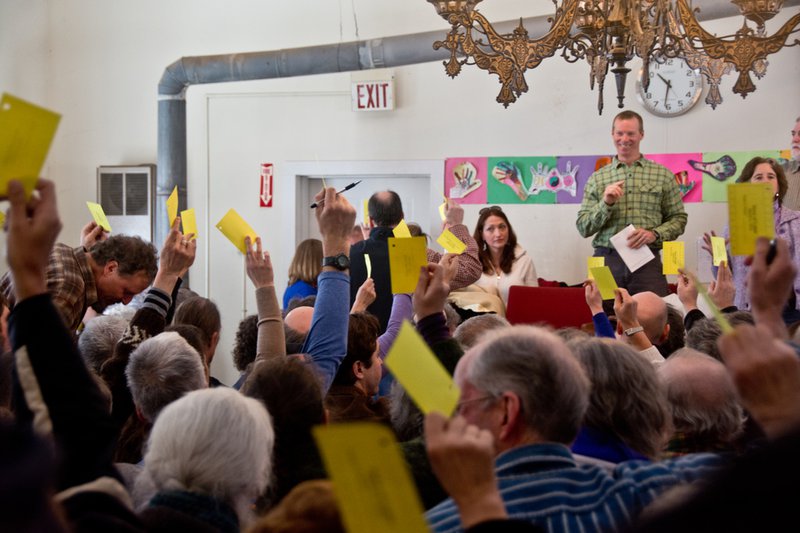 The 2016 election cycle has cast into relief the widespread distrust that many communities feel for government.  Government is increasingly seen as unresponsive, unaccountable, and prone to capture—and, in many cases, rightly so. For many critics and advocates, “openness” has become a touchstone for reform. By making government “open,” the thinking goes, we can not only chill potential wrongdoing, but also enhance accountability by the public at large. Transparency has generated public value and has been embraced by good governance reformers from the Obama Administration’s Open Government initiative focused on releasing more data and making bureaucratic decisions more transparent to the proliferation of open government and open data initiatives at the city level.

However, an emphasis on transparency and technological interfaces between citizens and government alone is unlikely to yield major shifts in power and inclusion. For transparency to produce a meaningful increase in democracy and accountability, we need more than just “openness.” We also need to build organized constituencies in civil society and more participatory decision-making procedures within government itself.

Take for example, the Community Reinvestment Act, by which banks were required to meet the credit needs of local neighborhoods, in an effort to reduce racial discrimination in access to credit. Federal agencies were empowered to inspect banks on their CRA performance, and could veto proposed mergers if the banks involved did not score high enough on metrics of lending to local and especially minority communities. The statute included a transparency measure, in which the agencies were obligated to collect data from banks about their lending practices and distill this data into publicly-accessible and easily-readable “scorecards” tracking their progress.

But the law included a critical further provision: civil society groups could request or trigger a federal inspection of banks suspected of failing to meet these credit needs. The result was a significant shift in power and responsiveness. In cities where community groups were well-organized, such as Philadelphia, they were able to use this leverage as a way of pressuring both regulators (who might otherwise be lax in enforcing the law) and banks themselves. The combination of community organizing, transparency, and policy leverage was a potent one, eventually inducing many banks, increasingly frustrated with repeated inspections, to pro-actively engage community groups in developing new lending practices. These provisions however, were later dismantled as part of the broader deregulatory turn in the financial sector in the 1980s, demonstrating that to be open is a verb, not a noun; a continued act, not a single piece of legislation.

Another more recent example is Participatory Budgeting, which empowers citizens to identify community needs; work with elected officials to craft budget proposals; and vote on where and how to spend public funds.  Unlike other forms of civic engagement, PB involves spending real public money. If and how we make our democracy work is not just about changing our policies. It is also about creating more open policy structures to make the effective exercise of democratic citizenship possible. PB is a unique structure that does that. PB helps ensure greater transparency and accountability into the budget process. But more crucially, it also provides opportunities for citizens to identity spending priorities; work directly with public officials to craft budget proposals, and empower community residents (open to young people ages 14 years and non-citizens) to vote on how to spend money. Boston and Seattle have even launched youth driven PB, where young people ages 12-25 decide how to allocate public monies.

These effective examples are offered not to say that transparency is not important. It is. Transparency plays a big role in these democracy-enhancing interventions. But it is critical to note that transparency only generates meaningful democratic empowerment in the presence of additional conditions: (1) the role of experts in synthesizing and distilling the “white noise” of data and information into comprehensible and actionable forms such as the creation of lending scorecards under the CRA or the briefing materials on different budgeting tradeoffs, costs, and benefits presented to lay participants in PB; (2) the presence of mobilized and engaged civil society groups to better enable communities to engage with this information and use it to inform their advocacy and political engagement (be they civic groups or Bostonian youth); and (3) institutional processes (like the CRA inspection trigger, or the PB voting process) through which communities can then exercise actual political power, leveraging their access to information towards meaningful policy change.

The pervasive sense of governmental failure, unresponsiveness, and unaccountability is very real, and transparency plays an important role in opening up these traditionally “closed” political processes. But for transparency to generate meaningful democratization and more responsive government, “open government” initiatives must be complemented by efforts to organize communities at the grassroots, and to create institutional hooks and levers through which enable these communities to exercise real political power. These two examples are just the tip of iceberg. There is tremendous untapped potential to transform many of the mundane governance processes from cities to regulatory agencies to create this democratization. If we take these opportunities seriously, we can help not only open, but also address today’s crisis of governance.