There's No Place Like Home—If You Can Prove It 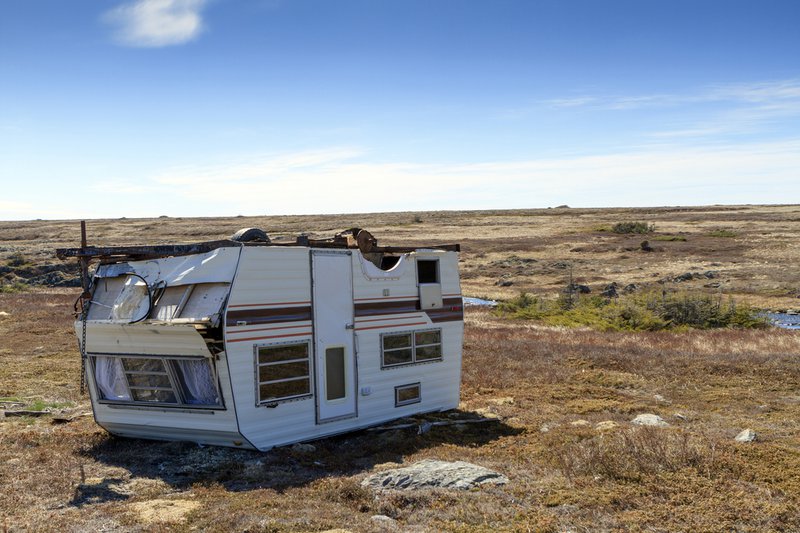 The mention of tornadoes often brings to mind Dorothy and Toto, flying cows, and helpless red barns on the Great Plains. It’s not called Tornado Alley for nothing.

But due to shifting weather patterns, tornadoes are now striking southeastern states—Louisiana, Mississippi, Alabama, and Georgia—more frequently. These storms in so-called “Dixie Alley” often result in greater fatality rates, as mobile home owners are especially vulnerable to tornadoes. Even when these marginalized people survive a storm, their mobile homes are often wrecked.

What’s worse, at this moment of maximum vulnerability, some of these Americans may not be able to receive federal aid for reconstruction, for lack of a way to prove their home ownership.

Dixie Alley states made up four of the top 10 states for manufactured home purchases in 2017. Many mobile home buyers never receive titles from the seller or from the manufacturing company, and this lack of documentation can block them from receiving FEMA assistance to rebuild their houses—and lives—following a tornado.

We’re Not in Kansas Anymore

The cause of this change in severe weather patterns is unknown, although theories point to climate change. Dry Midwestern conditions may halt moisture-dependent storms from developing until they travel further east. And the result is deadlier tornadoes.

While tornado-related fatalities are certainly not limited to Dixie Alley, academics and officials throughout the region highlight a number of unique circumstances that can contribute to higher death tolls.

Factors such as larger populations and urban sprawl, as well as the prevalence of trees-turned-projectiles and nighttime tornadoes, are all cited as fueling more deaths. Tornadoes in Dixie Alley also tend to last longer and cut larger paths of destruction. Finally, various parts of the South contain a higher share of mobile homes than other parts of the country.

According to a report by the Manufactured Housing Institute, at least 22 million Americans now live in mobile homes. Due to the ongoing affordable housing crisis, this number is projected to grow.

Following the adoption of a 1976 Housing and Urban Development code, mobile houses are now better constructed, and they must pass rigorous tests related to structural integrity. Yet a recent study found that the likelihood of a tornado-related fatality is 15-20 times greater in a mobile home than in traditional housing. That’s because rural and poor mobile home owners throughout the South often lack proper access to warning mechanisms and storm shelters.

Many mobile homes are also not properly anchored to the ground, which allows tornadoes to easily lift up or roll the structures. So even when mobile home owners flee to safety, they often return to a pile of rubble.

And for some, the problems may only begin here.

Rebuilding a home destroyed by a tornado starts with the title. Homeowners usually must present this key document to access FEMA aid funds or receive insurance.

The problem is that many mobile home owners countrywide don’t have a title to their home. For example, the California Department of Housing and Community Development estimates that 160,000 mobile home owners throughout the state lack a proper title and registration. Sometimes, a buyer can’t get in touch with former owners to ask for the title. Or the manufacturing company will neglect to mail ownership documentation following a purchase.

So what happens when a Dixie Alley tornado destroys the mobile home of an individual without a title?

If we’re to take any hints from recent disasters in the United States, the likely outcome is troubling. Following Hurricane Maria in Puerto Rico, roughly 60 percent of applications for FEMA aid were denied because individuals couldn’t prove home ownership. Mobile home owners in northern California were denied federal assistance following the massive 2017 and 2018 wildfires—all because they lacked titles or possessed fraudulent documents.

The potential inability for Southern mobile home owners to prove ownership and receive aid would exacerbate the fact that many live in underprivileged communities. The poor are generally less resilient when a disaster strikes, and many are unable to rebuild on their own.

Property rights insecurity is often an invisible issue in the United States. Sometimes, it reveals itself only after disasters such as Hurricane Katrina or the Camp Fire in Paradise, California—when Americans need to prove home ownership to receive aid, but can’t. Yet other options are available.

In the chaos after Hurricane Maria, when FEMA realized that the majority of its applicants lacked titles, it began accepting signed self-declarations as proof of home ownership. A similar method, which might also include neighbors’ attestations, heirship affidavits, and legal aid, could be applied to mobile home parks and small, rural towns throughout Dixie Alley. These communities are usually close-knit, and they often have comprehensive support systems and social knowledge.

Alternatively, with the proliferation of smartphones, satellites, and social media platforms, more and more of our lives are leaving a data trail. Google Maps documents where we sleep every night. Uber knows where drivers drop us off. Domino’s records where it delivered our pizza. It’s usually all the same place—our home.

Emerging digital identity platforms, accessible via smartphones, could soon allow mobile home owners to compile all of this information into a “tapestry” of alternative evidence to prove home ownership. Financial institutions around the world are already using an individual’s social history to help them open a bank account and derive an alternative credit score. FEMA and insurance companies might similarly accept personal data and grant aid.

Shifting weather patterns mean that more and more tornadoes will strike the southeast. In turn, millions of American mobile home owners may struggle with insecure property rights following destructive storms. Aside from the obvious yet difficult task of tracking down titles, innovative approaches and emerging technology can help these marginalized individuals better document property ownership and rebuild.

Tornadoes may always pose a threat to mobile home owners in Dixie Alley. But there’s no reason we can’t improve the recovery process and help these individuals return home.